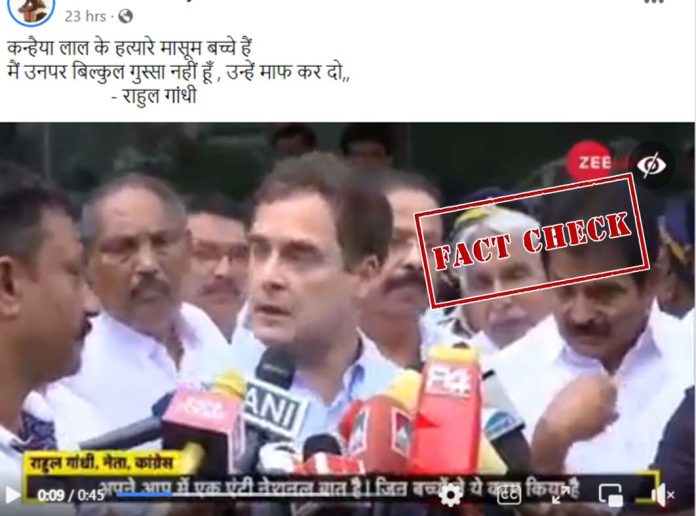 A report by Indian news channel Zee News is being shared on social media with a claim that Congress leader Rahul Gandhi said that the accused in the Udaipur murder case were ‘kids’. 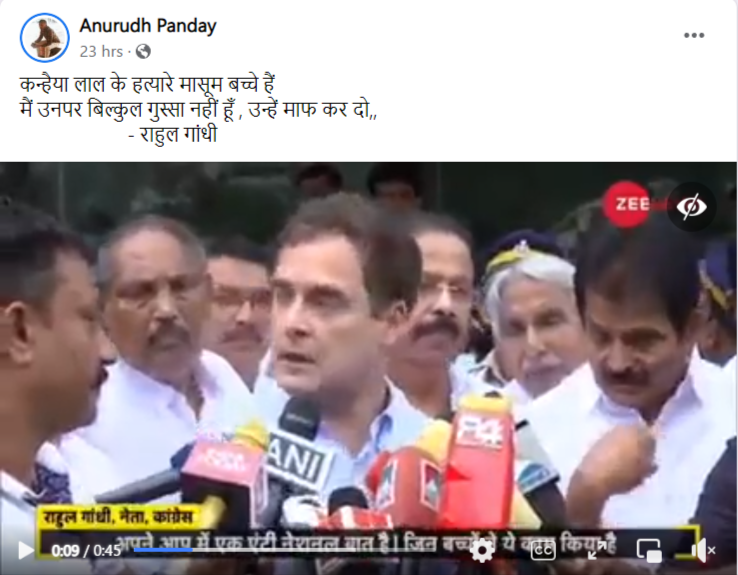 NewsMObile fact-checked the post, and found it to be false.

We ran a keyword search and found a report — by The Indian Express — that Rahul Gandhi’s office in Wayanad, Kerala, was vandalised by CPI(M)’s student wing SFI. The report also mentioned that the Congress leader visited his vandalised office on July 1, 2022, and said the incident was unfortunate but he did not have any hostility or anger over it. 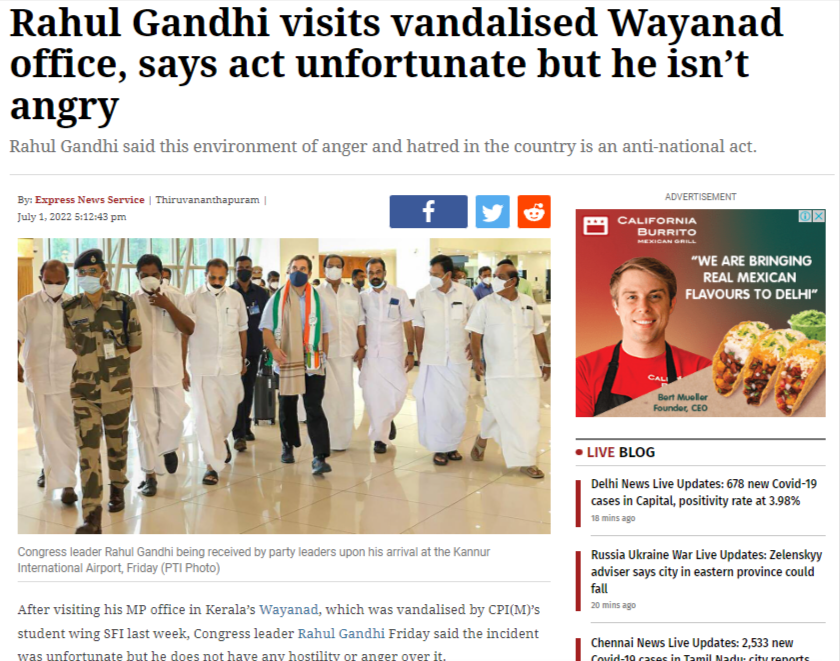 “This is my office. But before being my office, this is the office of Wayanad people. It is quite unfortunate that the office has been attacked. Violence will never resolve problems. It is not good that they have acted in an irresponsible manner. I don’t have any anger or hostility towards them. They are kids and they don’t understand the consequences of their act,” Indian Express quoted Rahul Gandhi as saying.

We also found the similar video on YouTube channel of ANI. The video was uploaded on July 1, 2022, with the title: “Rahul Gandhi terms violence in office ‘unfortunate’, says don’t have hostility towards perpetrators.”

On searching further, we found that Zee News had issued an apology after the news channel misleadingly aired unrelated remarks by Rahul Gandhi as his statement on the Udaipur killing.

Shocking that a leading TV channel, made a gaffe that spread across India like a wildfire on a sensitive burning #Udaipur row. The channel has apologised now. But original clip has already misled lakhs including some of us. Clip carried @RahulGandhi’s remarks on different issue pic.twitter.com/kkXhwGm1YT

Hence, it is clear that the video is being shared with a false claim.