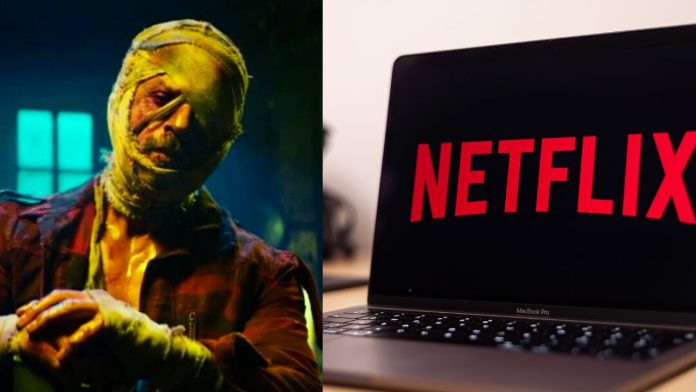 After the announcement, Indian cinema witnessed tremendous buzz Shah Rukh will be returning to the silver screen after four-years.

Meanwhile, reports suggests that the makers of the movie have closed a deal with Netflix by selling the online streaming rights for Rs 120 crores.

However, there have been no official confirmation from the makers or Netflix as yet.

“Honestly, it’s too early and tough to tell what price have the streaming rights of Jawan been sold for. There is an assumption that it would have gone to Netflix like all other movies of Red Chillies Entertainment. They seem to have ongoing partnership with Netflix. However, it’s too early to really tell what price they have gone for. But yes, a set-up like that where you have got Shah Rukh Khan and Atlee coming together for an absolute ride of entertainer, I wouldn’t be surprised if it fetches a phenomenal astronomical price.” Said trade analyst Akshaye Rathi was quoted in a report.

The movie will release in multiple languages such as Hindi, Tamil, Telugu, Kannada, and Malayalam.

#Jawan, starring #ShahRukhKhan, was reportedly sold to OTT for a whopping 120 crores. https://t.co/9aCPtJ2VCi