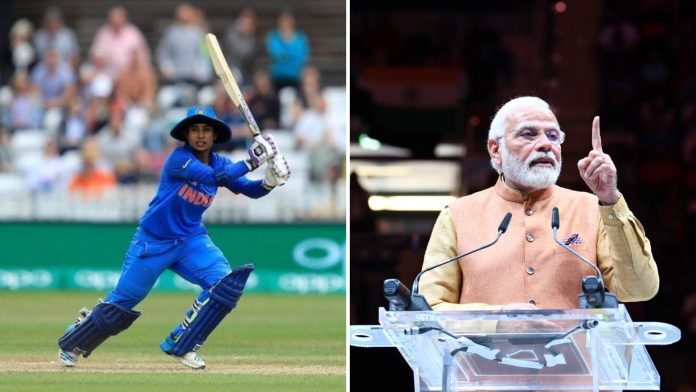 Prime Minister Narendra Modi in a letter congratulated her unmatched contribution to Indian cricket for over two decades and called her a “trend-setter” and an athlete who has broken the ceiling and is a phenomenal source of motivation for others.

PM Modi termed her to be blessed with exceptional leadership skills. He further shares an anecdote from the 2017 World Cup Finals in which the team was very close to victory under her captaincy, and how that match is unforgettable for him.

PM Modi further acknowledged her commendable effort to help people in need at the time of the COVID outbreak by remaining active in different community services. He finally thanked the former cricketer for memories and wished her success in the “second innings” of her life.

Mithali Raj shared the message with a tweet saying “It’s a matter of singular honour & pride when one receives such warm encouragement from our Hon’ble PM Shri Narendra Modi ji, who is a role model & inspiration for millions including me.”

She further thanked the Prime Minister for acknowledging her contribution to cricket in the country.