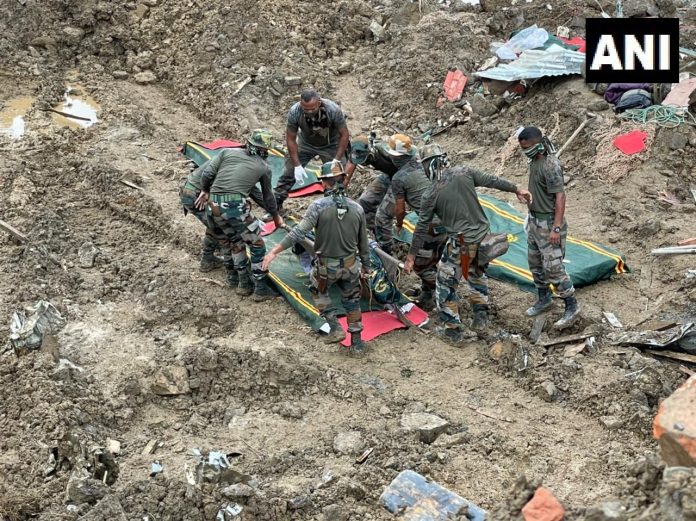 Guwahati: Search operation continues on the second day in the landslide-hit area of Manipur’s Tupul general area on Saturday with the death toll standing at 24.

The territorial Army has been deployed for the protection of the under-construction railway line from Jiribam to Imphal. The CPRO of the North-East Frontier Railway said that the landslides have triggered damage by incessant rains and caused damage to the Tupul station building.

According to reports, fresh teams were deployed on Saturday morning to augment the efforts in the search with rescue dogs being employed to assist in the search.

Chief Minister N. Biren Singh again visited the site to encourage the personnel engaged in rescue operations. He further added, “It is the worst incident in the history of the state. We have lost 81 people’s lives of which 18 including a territorial army (personnel) were rescued. Around 55 persons are trapped. It will take 2-3 days to recover all the dead bodies due to the soil,”.