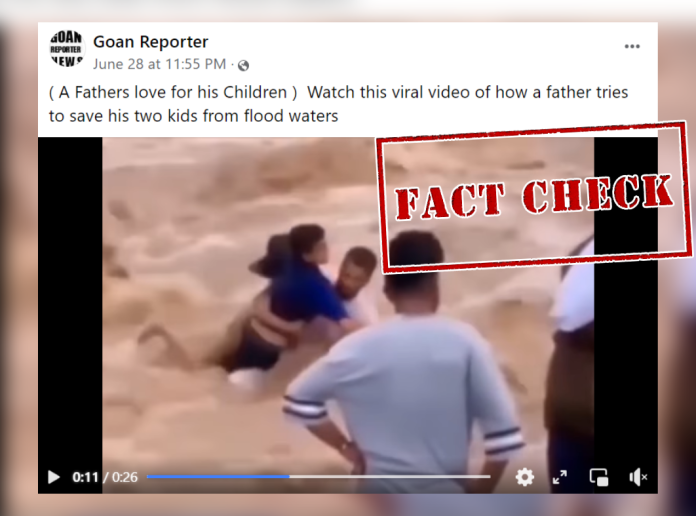 A video showing a man rescuing two children from drowning in a flood is being widely shared on social media with a claim that this is how a father rescued his two children who being were washed away by flood waters.

The video is being shared on Facebook with the caption, “(A Fathers love for his Children) Watch this viral video of how a father tries to save his two kids from flood waters”.

Using the InVid Tool, we extracted keyframes from the viral video and performed a Reverse Image Search. This search directed us to a news report published on June 26, 2022, that carried the same viral video. According to the article, the children were saved by someone else, and not their father. The rescuer was identified as Ali bin Nasser al-Wardi, a photographer who was present at the time of the incident in Oman. Father of the children was also there when the incident took place. 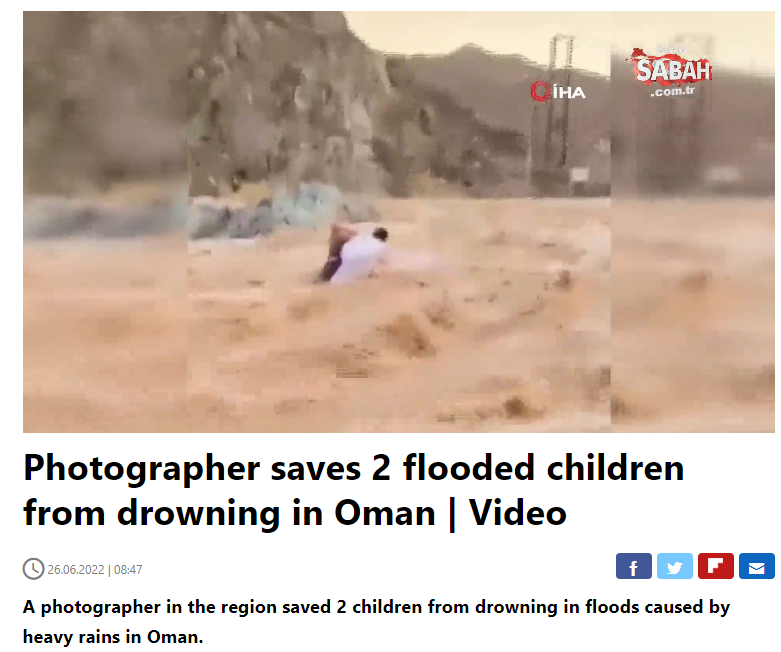 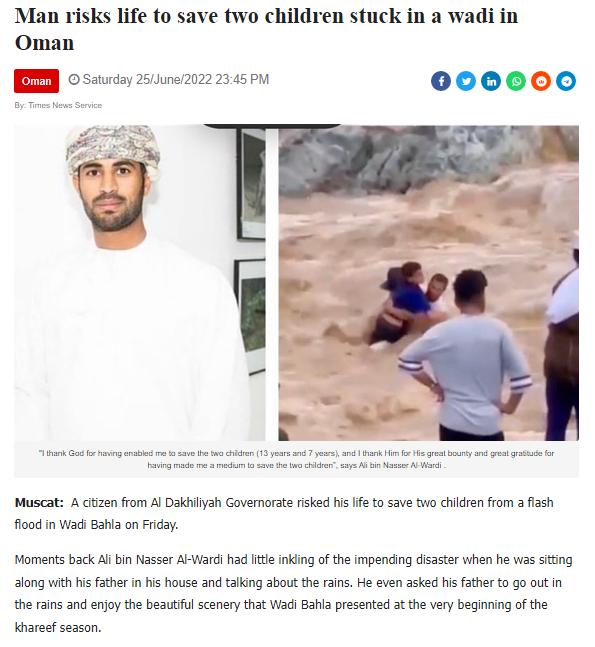 Thus, it is evident from the above information that the viral video does not show a father saving his two drowning children. Therefore, the claim is misleading.