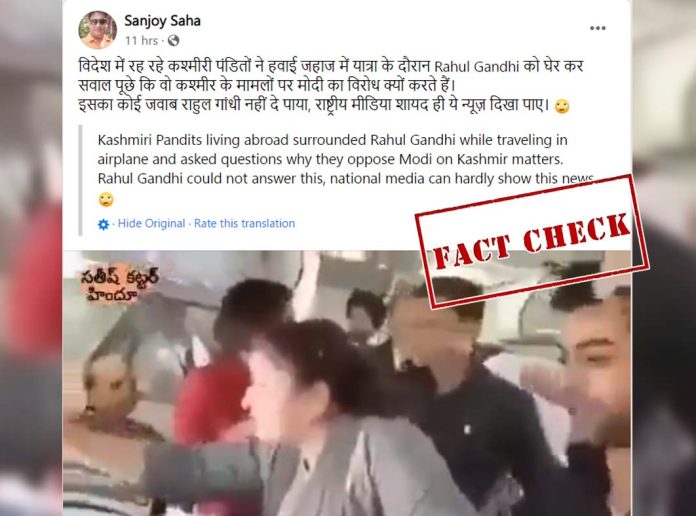 A video of a woman narrating her ordeal to Congress leader Rahul Gandhi on board a flight is being shared on social media with a claim that  Kashmiri Pandits living abroad were questing the Congress leader as to why he opposed the Modi government in matters concerning Kashmir.

(English: Kashmiri Pandits living abroad surrounded Rahul Gandhi while travelling on an aeroplane and asked questions about why they oppose Modi on Kashmir matters. Rahul Gandhi could not answer this, national media could hardly show this news.)

We fact-checked the post and found the claim to be misleading.

A simple keyword search led us to multiple media reports published in August 2019 which covered the same incident.

According to a report by India Today, dated August 25, 2019, a ‘Kashmiri woman started narrating her ordeal to Rahul Gandhi and other Opposition leaders onboard the flight they were travelling back to Delhi from Srinagar, after Rahul Gandhi and a delegation of Opposition were denied entry to the city’. 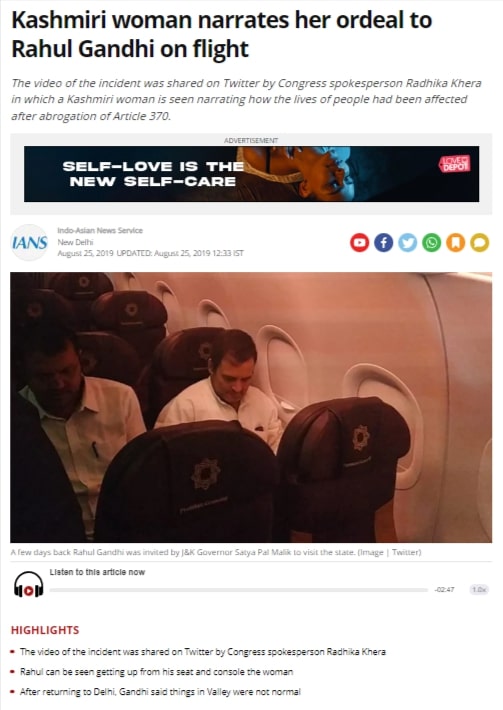 In the video, the woman can be seen narrating how the lives of people had been affected after the abrogation of Article 370 and lockdown in the Valley. “Our children have not been able to move out of their houses. My brother is a heart patient. He could not see the doctor for 10 days. We are in trouble,” she can be heard saying.

Similar reports were also published by Outlook India and The Indian Express in 2019.

Congress leader Priyanka Gandhi Vadra shared the same video On Twitter in August 2019 with the caption, “How long is this going to continue? This is one out of millions of people who are being silenced and crushed in the name of “Nationalism”. For those who accuse the opposition of ‘politicising’ this issue” 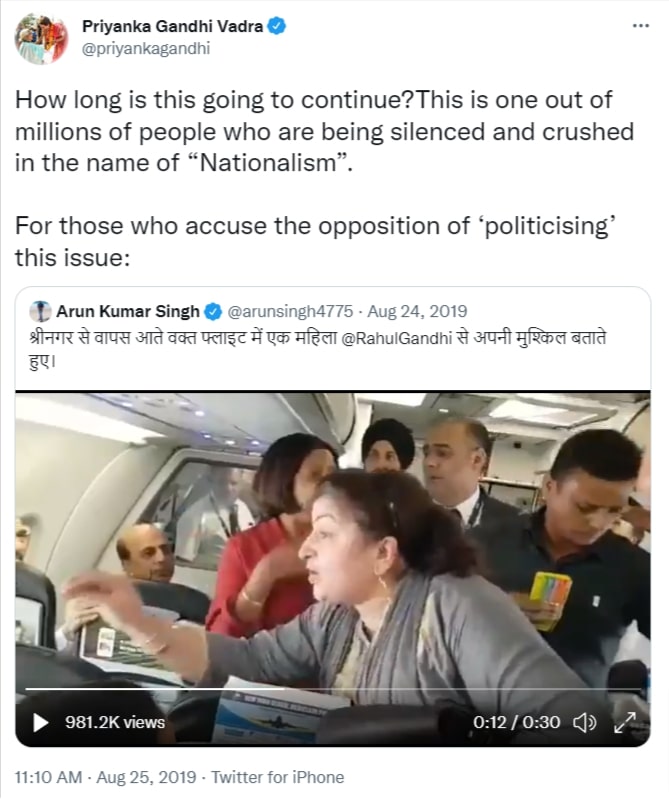 Hence, based on the above information, we can conclude that the incident took place on a Srinagar to Delhi flight and the woman was talking about the abrogation of Article 370 and lockdown in the Valley. Thus, it is clear that the video is being as with a misleading claim.