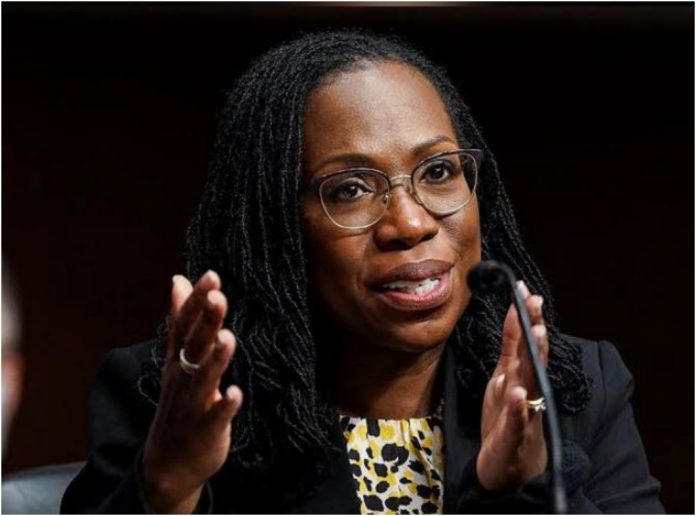 Ketanji Brown Jackson has been sworn into the US Supreme Court, shattering a glass ceiling as the first Black woman on the nation’s highest court.

The ceremony holds a months-long process that essentially began on February 25, 2022, when President Joe Biden nominated judge Ketanji to become the 116th Associate Justice of the United States Supreme Court, replacing justice Stephen Breyer, 83 whom Jackson clerked for after she graduated from Harvard Law School in 1996.

As she was sworn in by Roberts and Breyer, Jackson’s left hand rested on two stacked bibles held by her husband, Dr. Patrick Jackson. One was a family bible, the other one known as the Harlan bible donated to the court by Justice John Marshall Harlan.

“It has taken 232 years and 115 prior appointments for a black woman to be selected to serve on the Supreme Court of the United States, but we’ve made it! we’ve made it- all of us” Jackson said in comments at a White House event the day after the Senate vote.

Jackson, a federal judge since 2013, is joining three other women, Justices Sonia Sotomayor, Elena Kagan and Amy Coney Barrett- the first time four women will serve together on the nine-member court.

Judge Jackson was born in Washington, DC and grew up in Miami, Florida.

Jackson served eight years as a federal trial court judge, issuing over 500 opinions and the last June was confirmed for a seat on the US Court of Appeals for the District of Colombia after also being nominated for that post by Biden. Jackson is the first Supreme court justice since Thurgood Marshall to have represented indigent criminal defendants as public defenders. Adding to it, she also served as the vice-chair of the US sentencing commission, where she garnered a reputation for creating consensus among members.