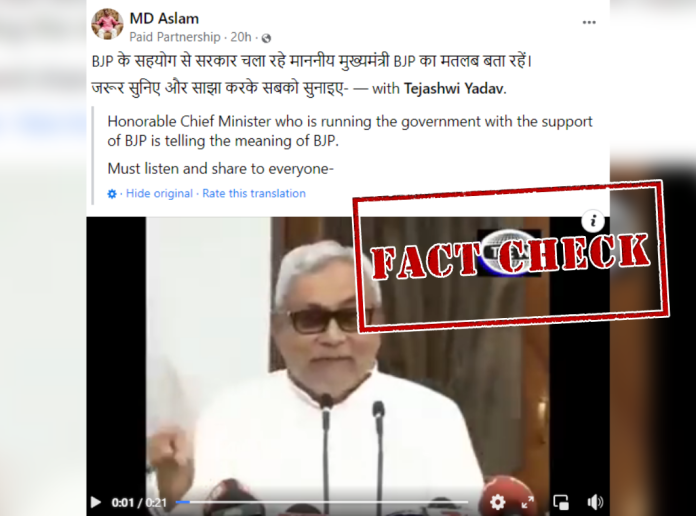 A video of Bihar Chief Minister Nitish Kumar is being widely shared on social media, in which he can be heard saying that BJP is a ‘bad liar party’. A large number of social media users claim that this is a recent video. Nitish Kumar of JDU, in alliance with BJP, runs the government in Bihar.

We did a keyword search and traced a news report, published by NDTV on August 10, 2015, on a similar incident. The article’s headline, in its English version, says: “Nitish’s reply to PM Modi, BJP means — big false party”. According to the report, on August 9, 2015, Prime Minister Narendra Modi held a rally at Gaya in Bihar, where he had told that the JDU party mean oppression and oppression of the people. In response to PM’s statement, while speaking to press, Nitish Kumar had also said that the meaning of BJP was a big liar party. Check similar news reports here and here. 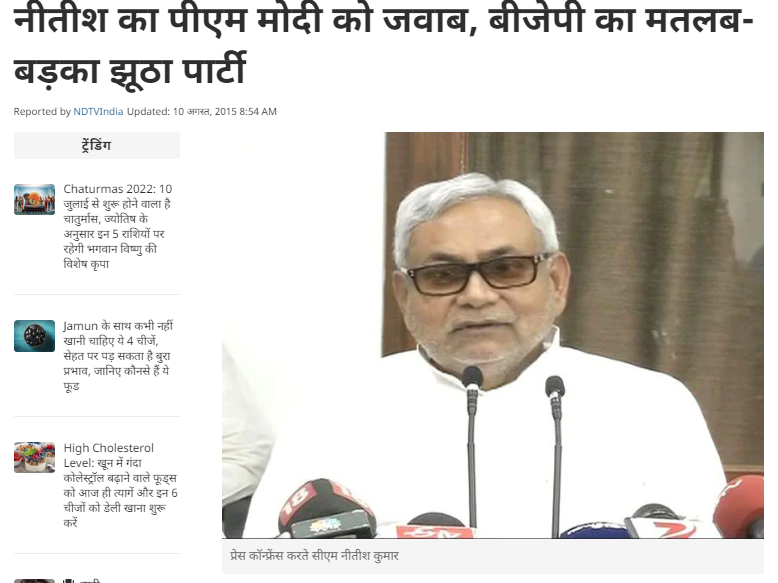 The assembly elections were held in Bihar in 2015. In connection with the campaigning for the same, Prime Minister Modi held a meeting in Gaya. And the PM had commented on the coalition government of Nitish Kumar’s Janata Dal — United (JDU) and Lalu Prasad Yadav’s Rashtriya Janata Dal (RJD). 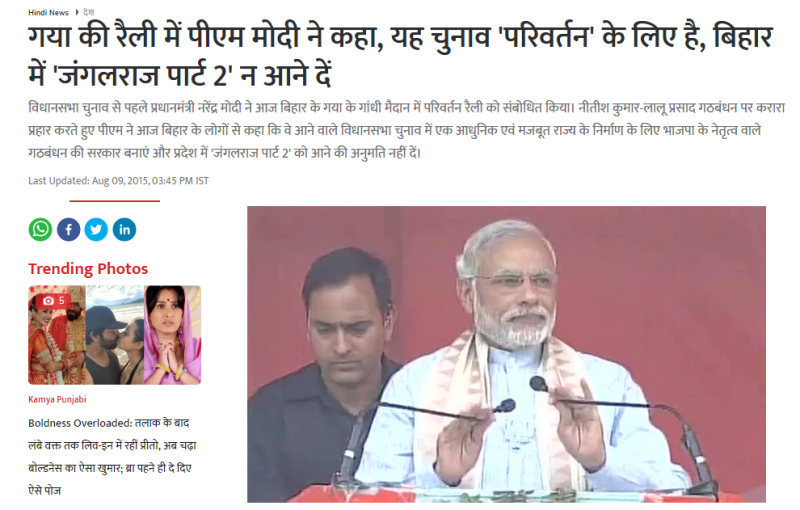 Searching further, we also found that in July 2017, Nitish Kumar’s JDU broke the grand alliance with RJD and Congress and formed the government in Bihar with BJP support.