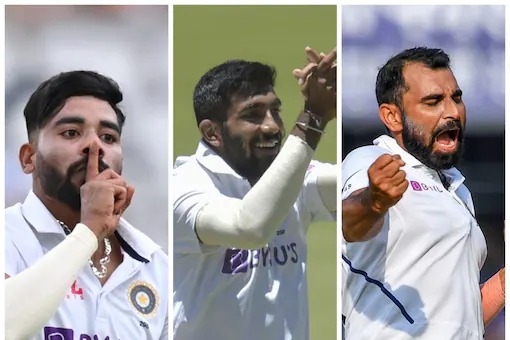 England swept aside New Zealand in a domestic Test series, but the next opposing team in line, India, is no pushover in terms of teamwork. Giving the hosts a taste of their own medicine would be within the viewers’ grasp, as their swing and seam experts are on the line with, yet not better than, England’s finest in variable conditions in which bowlers have the stronger position from moment to moment.

The fifth Test between England and India will begin following an agreement between the England & Wales Cricket Board and the Board of Control for Cricket in India, the sequence will continue with India leading 2-1 and the final Test match start on July 1 at Edgbaston rather than Manchester. Due to scheduling complications, the match cannot be held at Emirates Old Trafford due to conflicts with pre-planned activities at the venue, leaving an inadequate chance to plan a Test pitch.

The tour also includes three T20I matches and three ODIs, and the schedule for all the matches has been pushed back by six days, with Edgbaston now hosting a T20I rather than an ODI.
In Test cricket alone, India and England have met 130 times. England won 49 battles, while India triumphed 31 times, with 50 matches ending in a draw. Both teams have met in 103 One-Day International (ODI) matches, with India winning 55 to England’s 43. India won 10 of the 19 Twenty20 Internationals against England, who won the rest nine. When England visited India last year, they did lose all three series, and they’ve also lost the last three T20I series, both at home as well as away.

The BCCI already has named a 17-member squad for the rescheduled fifth Test in Birmingham. Virat Kohli, the previous tour’s captain, will be replaced by Rohit Sharma.
KL Rahul, the Indian opener, was named to the 17-member Test squad but will miss the England tour to travel to Germany for medical care.