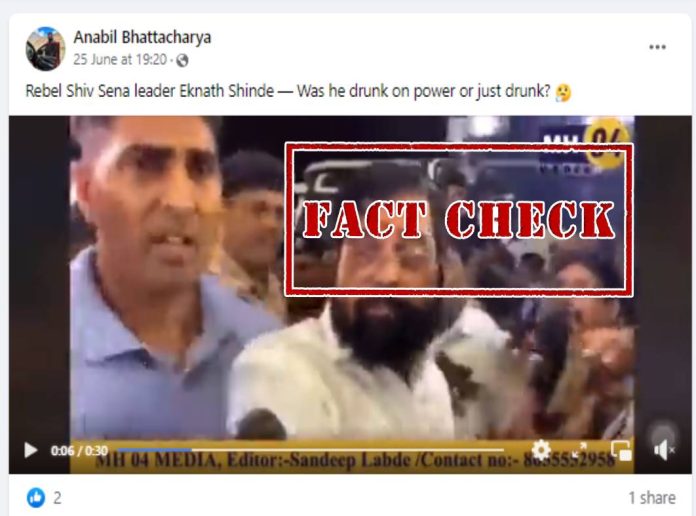 A video of rebel Shiv Sena leader Eknath Shinde has gone viral on social media, claiming that Shinde was drunk.

The caption associated with the video reads: “Rebel Shiv Sena leader Eknath Shinde — Was he drunk with power or just drunk?” 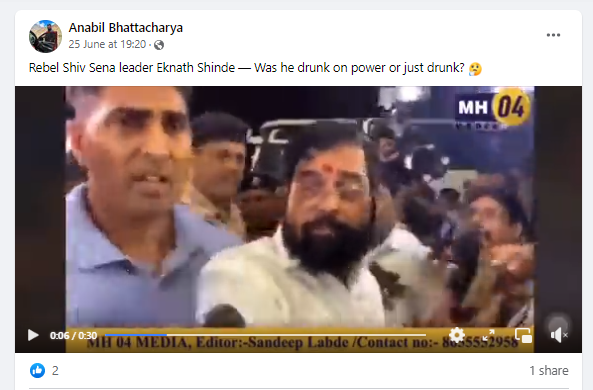 On searching with appropriate keywords, we found no reports of Shinde being drunk while talking to the media.

The caption associated with the video reads: “Maharashtra Minister Eknath Shinde has claimed the support of 40 MLAs amid the Maharashtra political crisis. While speaking to the media at the Surat International Airport, 58-year-old Shinde, an MLA from Thane district, said: “We have not left Balasaheb Thackeray’s Shiv Sena and will not leave it. We have been following Balasaheb’s Hindutva and will carry it further.” 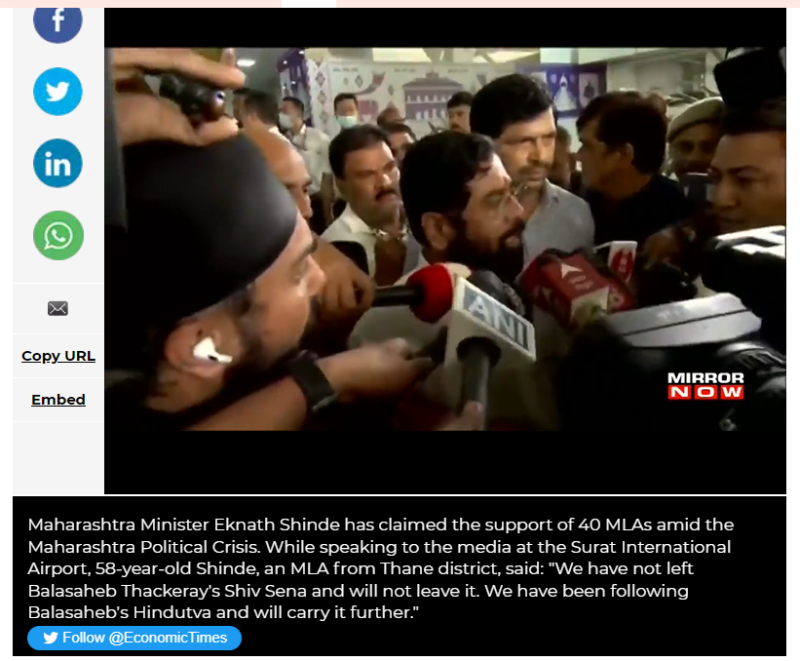 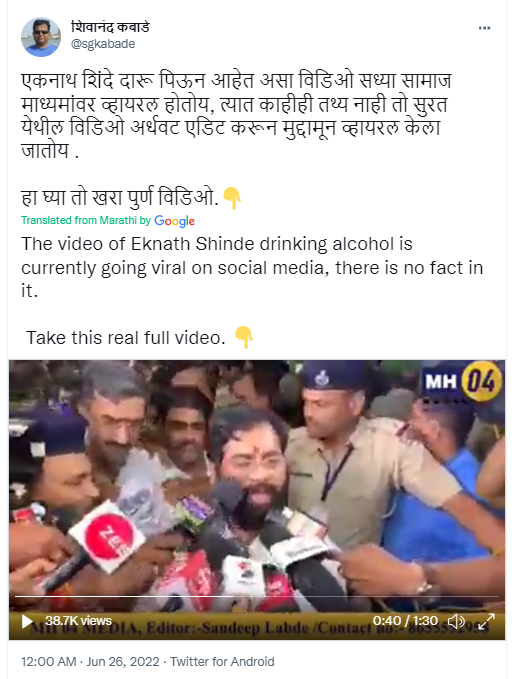 Hence, we can ascertain that the viral video is being shared with a false claim.