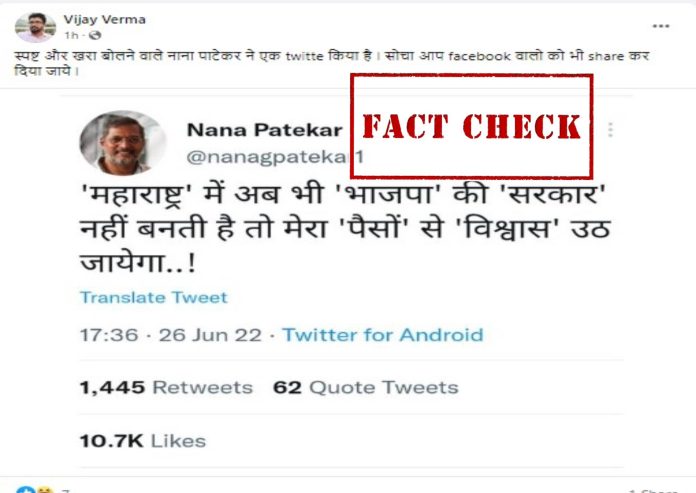 Amid the ongoing political crisis in Maharashtra, screenshot of a tweet, purportedly done by Bollywood actor Nana Patekar, has gone viral on social media.

NewsMobile did a fact-check, and found it to be fake. 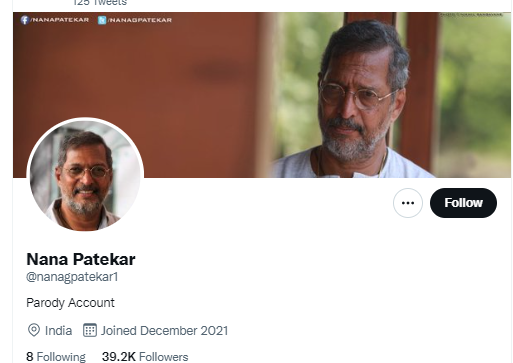 In fact, the official Twitter handle of Nana Patekar is @nanagpatekar. Scanning through his profile, it was found that he has done no tweets on the Maharashtra political crisis. 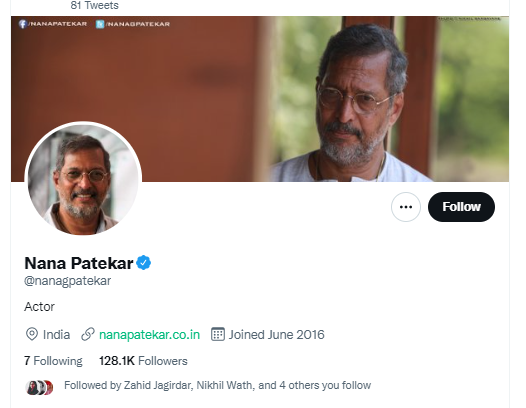 So, it’s confirmed that the viral tweet is from a parody account, and not by Nana Patekar.