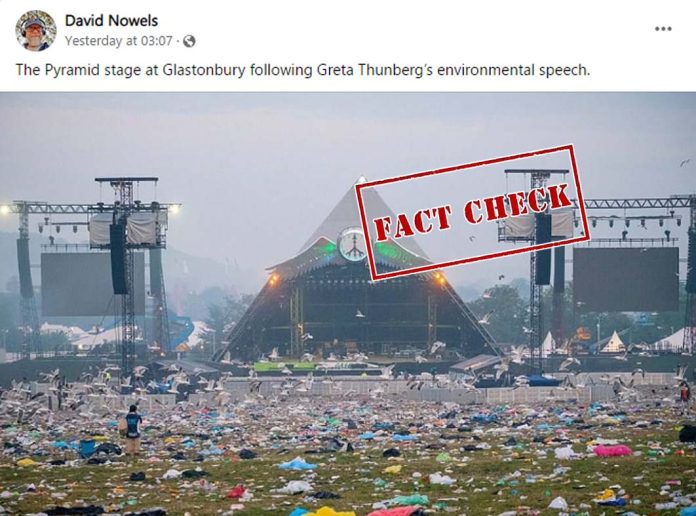 An image of a ground — littered with what seems like plastic bottles and bags — is being shared on social media with a claim that it is the Pyramid stage at Glastonbury after the speech of Swedish climate activist Greta Thunberg.

Thunberg made a surprise appearance at the Glastonbury festival and delivered a speech on June 25, 2022.

The image is being shared with the caption: “The Pyramid stage at Glastonbury following Greta Thunberg’s environmental speech”. 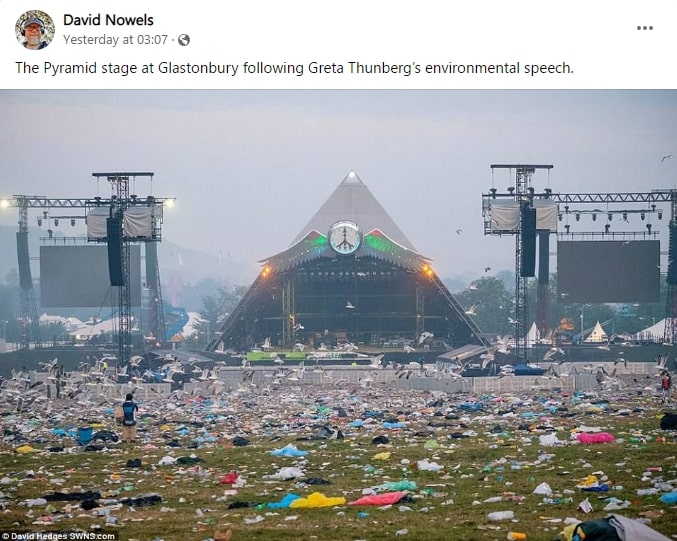 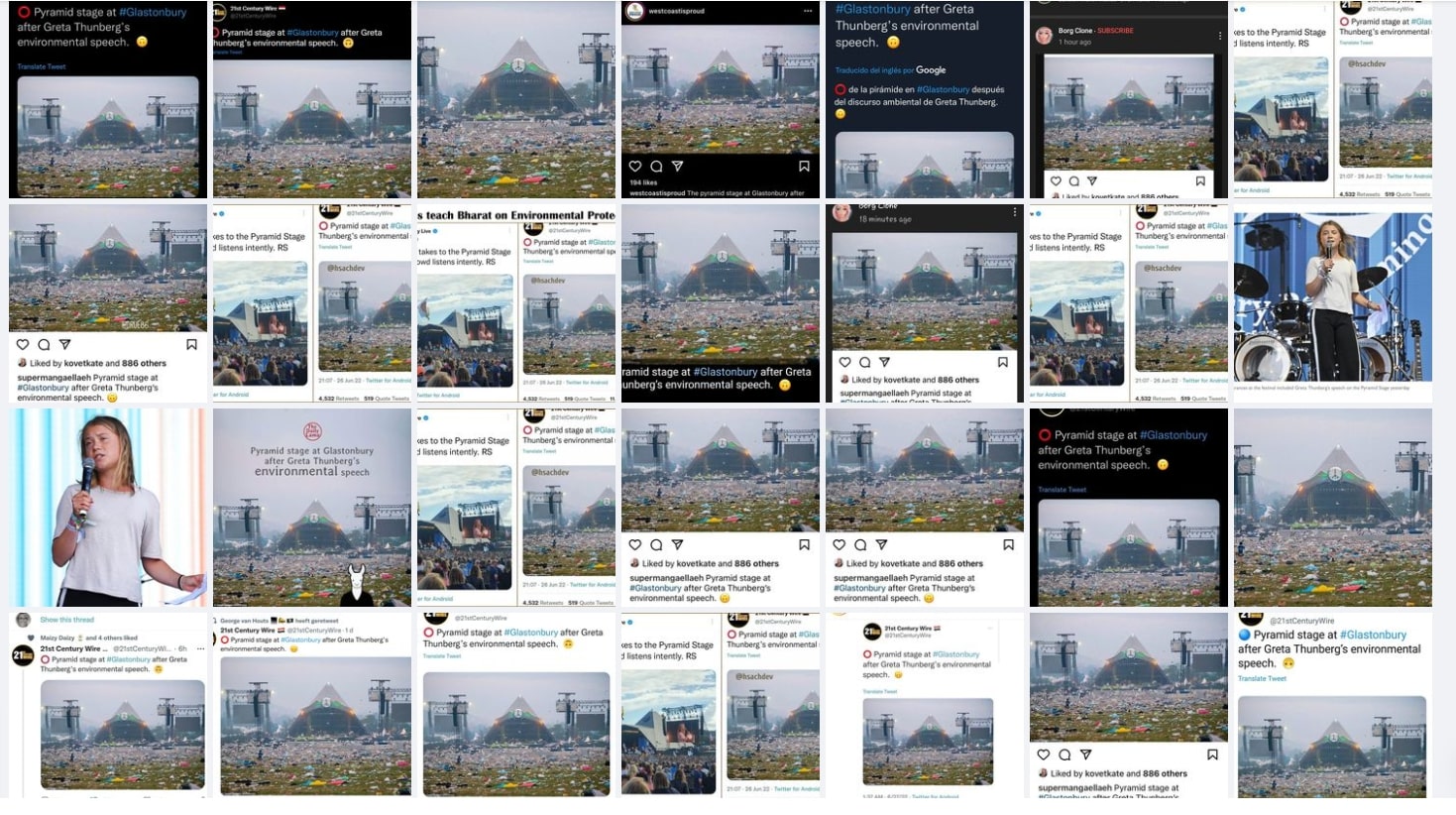 NewsMobile fact-checked the post, and found the image to be an old one.

We put the image through a Reverse Image Search and found the same image in a 2015 report by Daily Mail.

The caption of the image reads: “Abandoned: After more than 100,000 people packed in to watch Lionel Richie perform last night, the Pyramid Stage cuts a lonely figure.” The image was credited to David Hedges and SWNS. 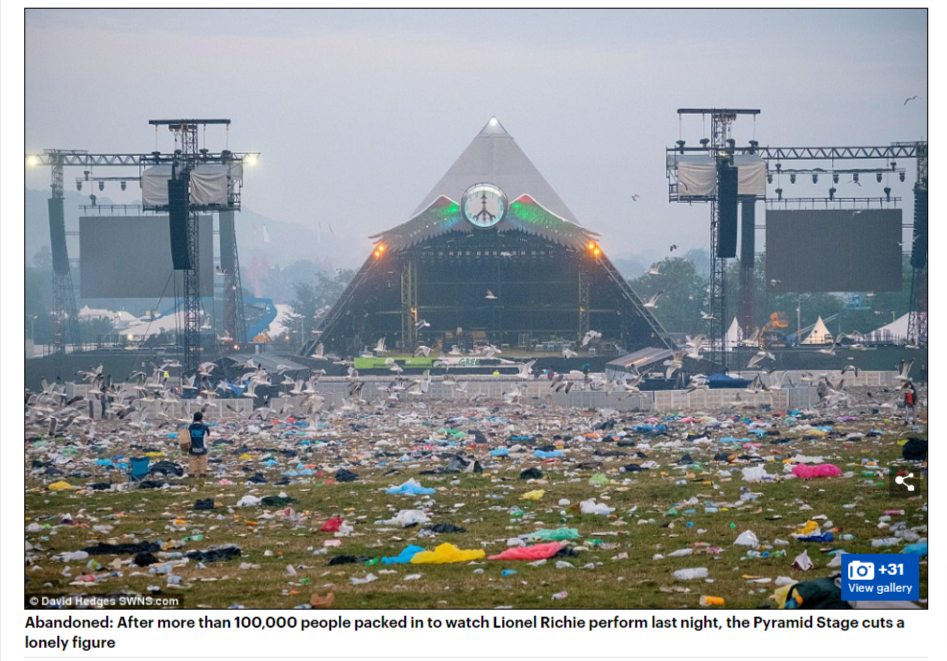 On digging further, we found a blog post on Fujifilm from 2015 with the title: “Press photographer & Canon user David Hedges shoots Glastonbury with the Fujifilm X-T1”
The blog post had a similar picture with the caption: “Revellers begin to head home through a sea of rubbish near the Pyramid Stage as Glastonbury Festival comes to an end at Worthy Farm, Somerset. June 29 2015.” 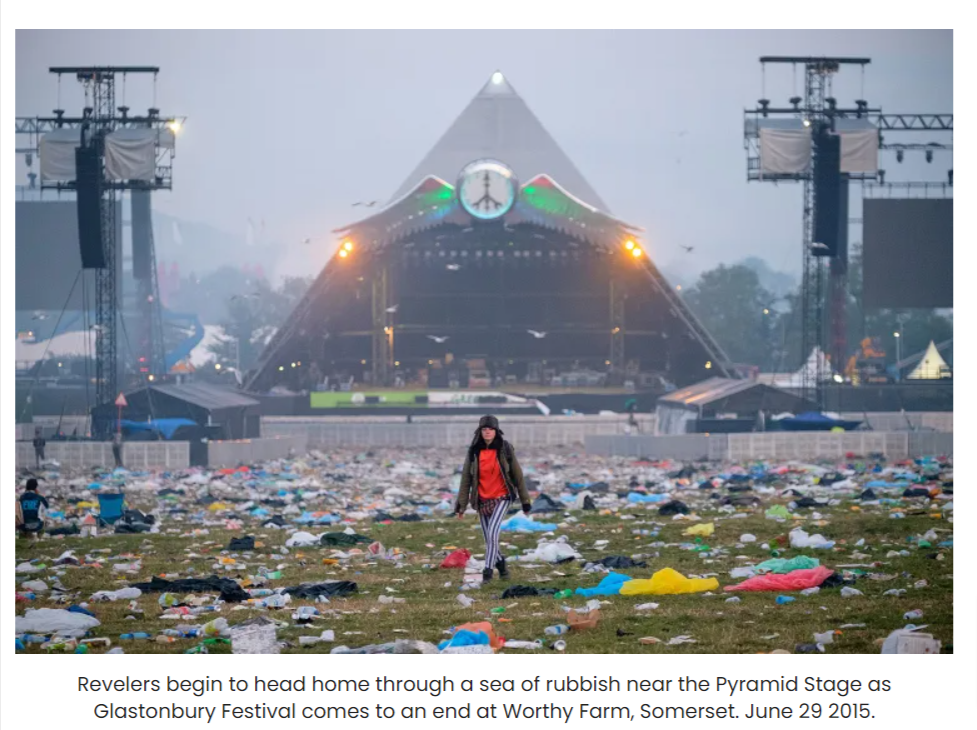 Moreover, press photographer David Hedges confirmed to Reuters that he could not have captured the image after this year’s event, because he was not in the country at the time. Thus, it is clear that the image is not from 2022.
We also found pictures from the 2022 Glastonbury Festival, where people can be seen removing the trash from the venue. The pictures can be seen on the website of Reuters and Getty Images.
1 of 2

Hence, based on the above facts, we can conclude that the post is misleading.