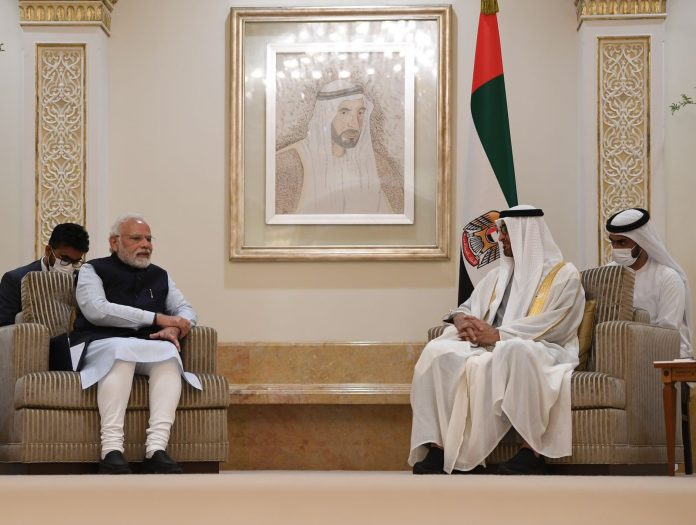 Prime Minister Narendra Modi went to convey his condolences on the passing away of Sheikh Khalifa bin Zayed Al Nahyan, who passed away last month. PM Modi further congratulated Sheikh Mohamed for getting elected as the third President of UAE.

The Ministry of External Affairs in a statement confirmed that both the leaders reviewed various aspects of the India-UAE Comprehensive Strategic Partnership.

During their Virtual Summit on 18 February, both countries signed the Comprehensive Economic Partnership Agreement (CEPA), which has since entered into force on May 01.
CEPA is expected to further boost trade and investment between both countries. Bilateral trade in FY 2021-22 was about USD 72 billion.

UAE is India’s third-largest trade partner and second-largest export destination. UAE FDI in India has continuously increased over the past few years and currently stands at over USD 12 billion.