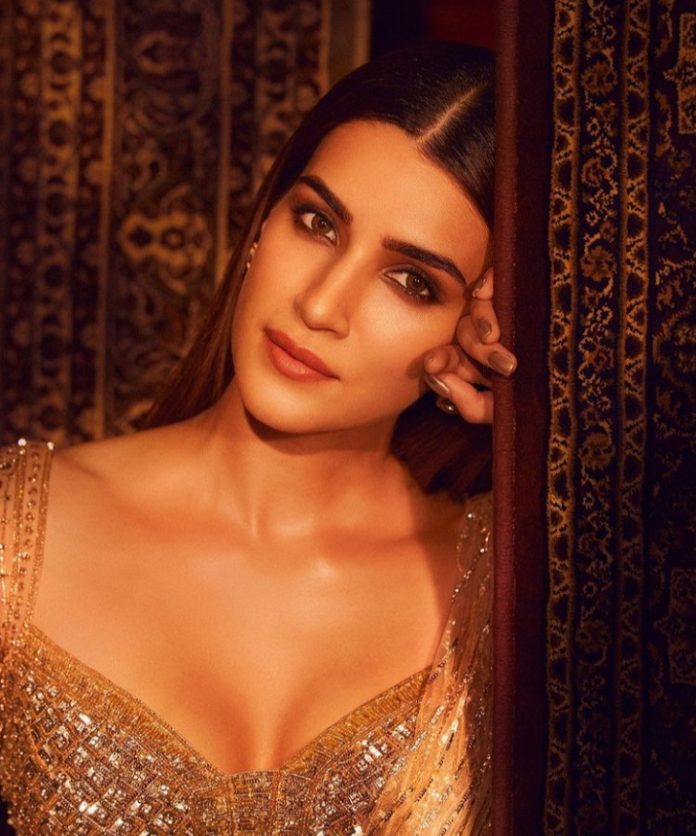 Kriti Sanon on Monday posted pictures and a reel from her latest photoshoot wearing a golden glittering saree.

She wrote a caption, “Gold and Glitter” along with it also tagged by writing, “@falgunishpeacockindia, HMU @kavyesharmaofficial @aashifahmedofficial, Styled by @sukritigrover and using camera emoji @tejasnerurkarr”

Not only this, she had two more posts along with it one having more pictures with the caption, “In ankhon ki masti mein” while last post was a reel with song ‘Isharon Isharon Mein’ from Kashmir Ki Kali. Caption was “I’m a vintage heart with a modern mind.”

Fans flooded the comment section along with celebrities as Sophie Choudry commented, “Stunning” while Sukriti Grover using fire emojis. There were more than 4000 comments on the post praising Kriti’s look.