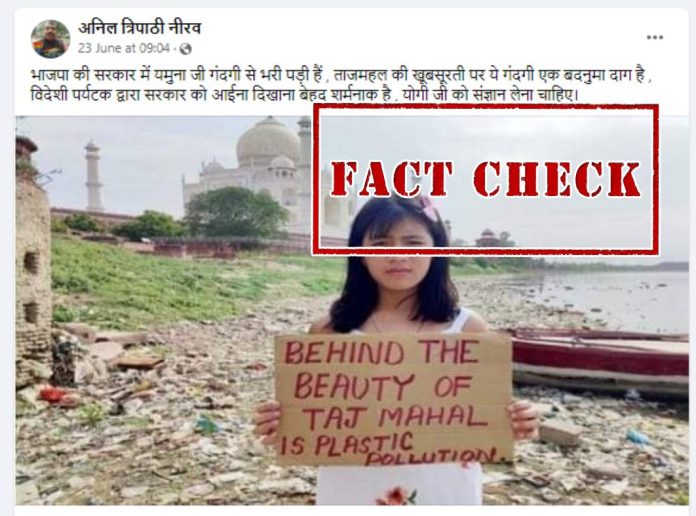 An image of a girl holding a placard in front of Taj Mahal is widely being shared on social media. The text on the placard reads: “Behind the beauty of Taj Mahal is plastic pollution”

The image is shared with a caption, claiming that the girl holding the placard is a foreign tourist. 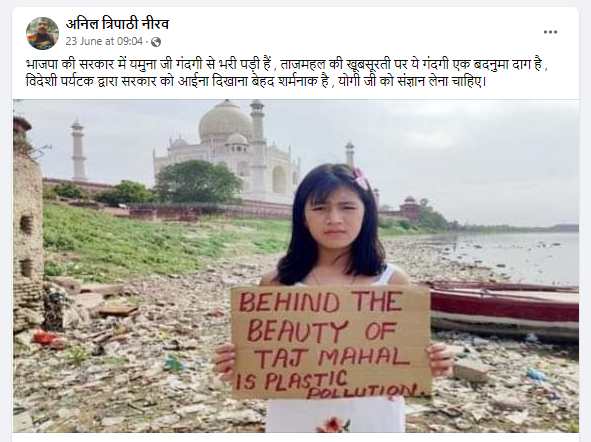 On doing a Google Reverse Image Search, we found the same image was uploaded by a YouTube channel on June 27, 2022. The description of the video reads: ” Meet 10-year-old climate activist Licypriya Kangujam from Manipur. Her one tweet forced the Agra authorities to clean the garbage around Taj Mahal. Standing with a placard, Licypriya had highlighted the trash behind the Taj Mahal” 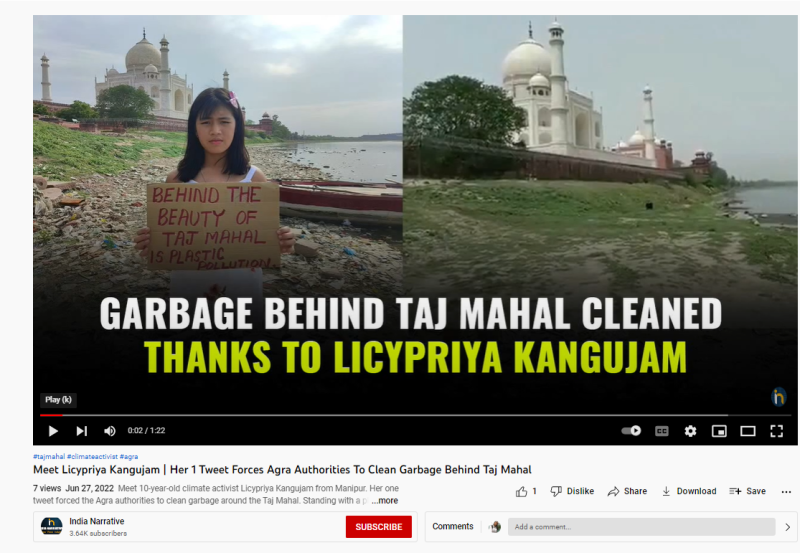 India Today had also uploaded a video on June 26, 2022, with a description: “After climate activist from Manipur Licipriya Kangujam shared a photograph showing plastic pollution near Taj Mahal, Agra officials took this step” 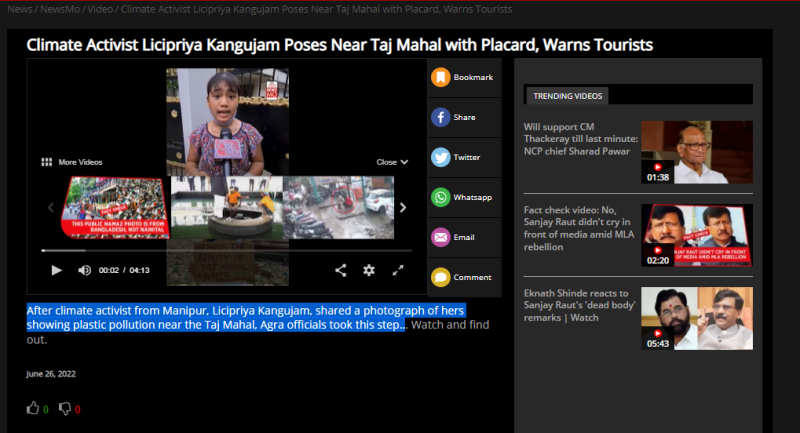 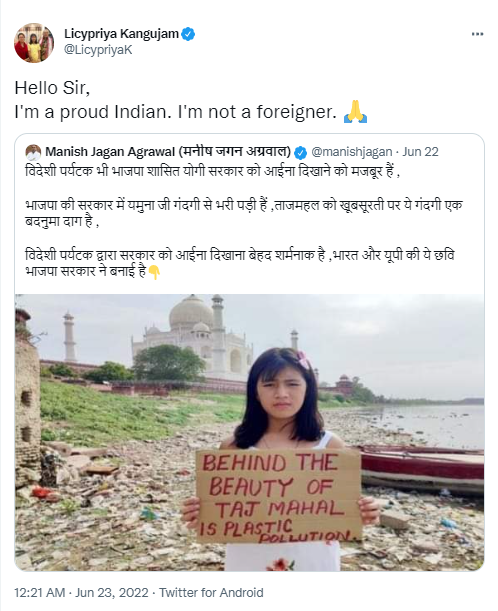 I Stand With You: Priyanka Chopra Comes Out In Support Of...