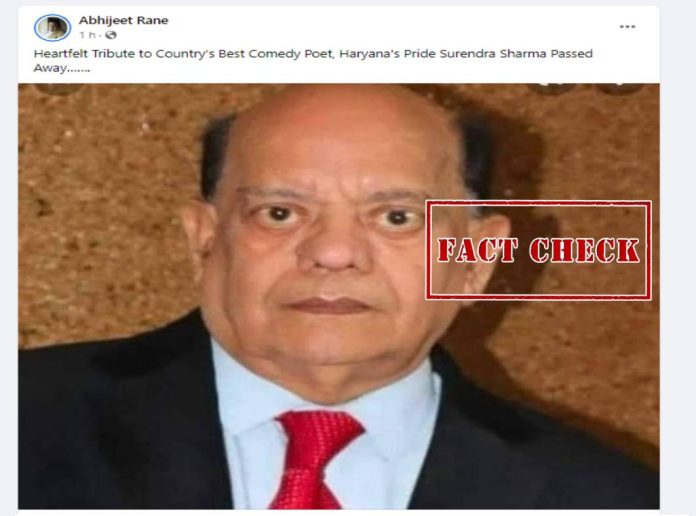 Many social media users are claiming that famous comedian and poet Surendra Sharma has passed away. 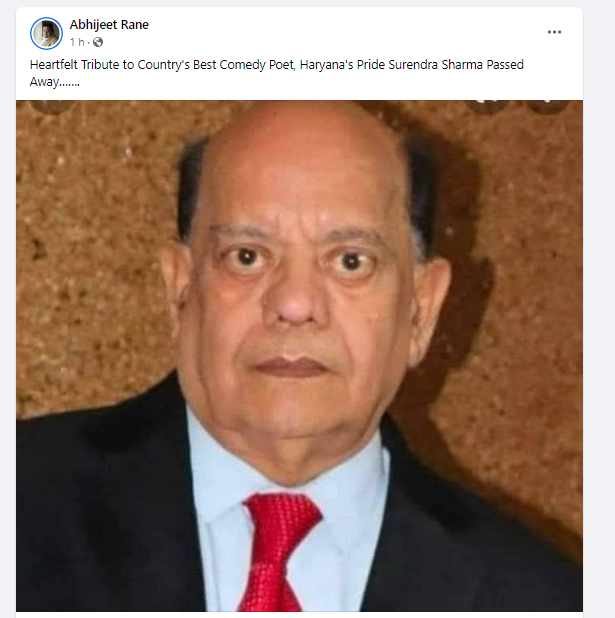 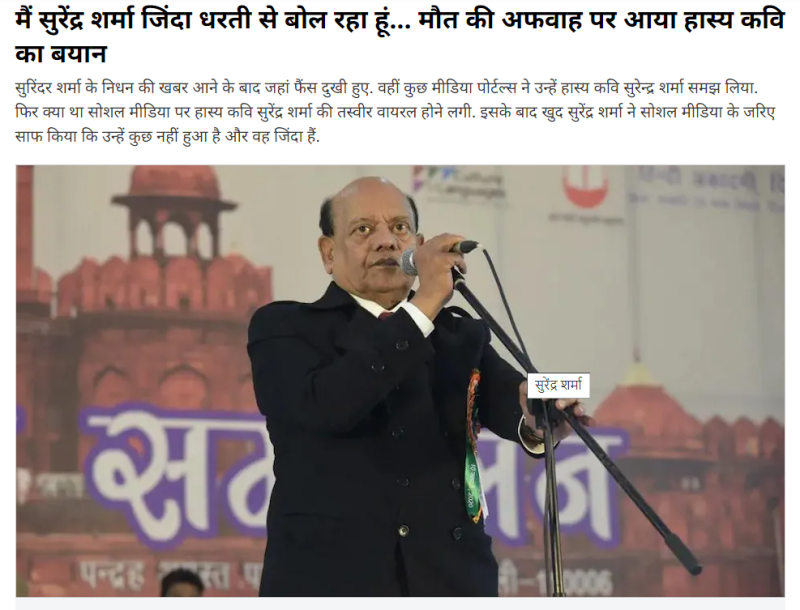 India TV also reported, “Surender Sharma, the popular poet and satirist, has quashed rumours of his death by sharing a video on social media. After the news of Punjabi actor Surinder Sharma’s death surfaced, many confused him with Surender, who is alive and breathing.”

We also found a picture of Punjabi comedian Surinder Sharma who passed away. 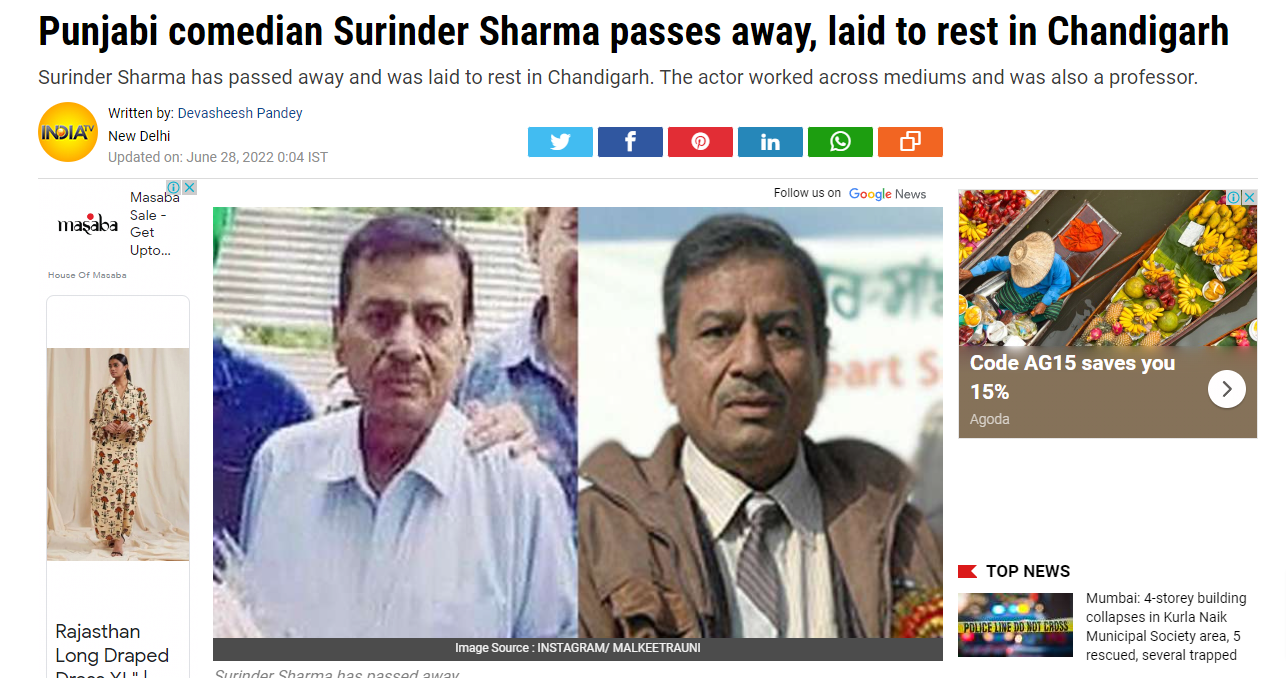 We also found that Surendra Sharma had also uploaded his video refuting the viral claim of his death with a caption that reads, “सुरेंद्र शर्मा जी धरती से बोल रहे हैं.” 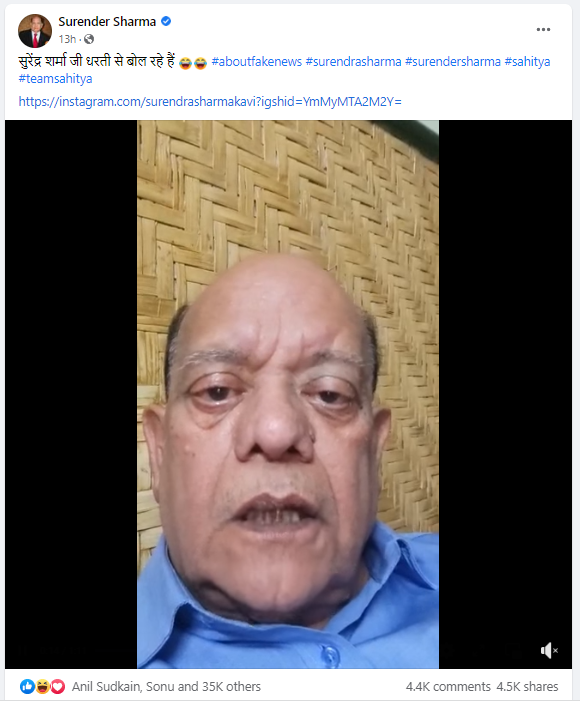 Hence, it is clear that the viral claim is fake.