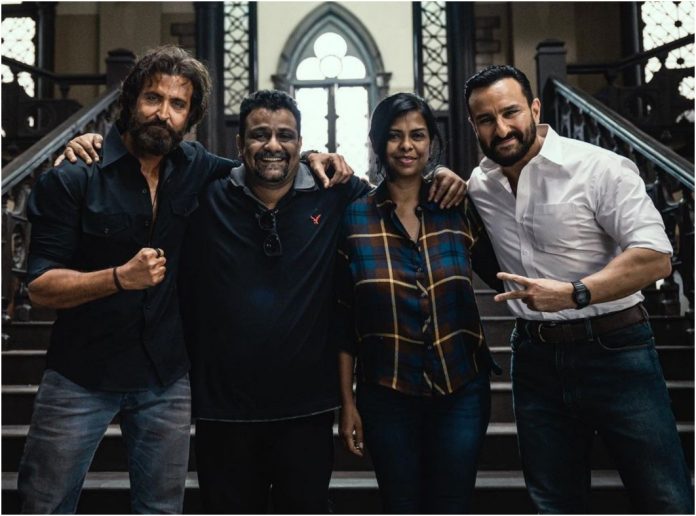 Indian film Vikram Vedha is an action thriller directed by Pushkar-Gayathri. The film is a remake of their 2017 Tamil film with the same title. Hrithik Roshan and Saif Ali Khan are as titular leads in the movie. Radhika Apte, Rohit Saraf, and Yogita Bihani are playing supporting roles.

The film is produced by YNOT and Plan C Studios. The production began in 2021 October and concluded in June 2022. The film is scheduled to release on 30 September 2022.

The ‘Krish’ actor recently completed the filming of Vikram Vedha, he gave out this information by sharing a lengthy caption to one of his photos. He termed th experience of working on the film as both frightful and delightful.

He also said “My audience will tell if my instincts were in the right place or not. But regardless of victory or failure, I am so so full of gratitude for the clarity & vision of my directors Gayatri and Pushkar. The passion they possess for the story and the sparkle in their eyes when we were on set, was a silent motivation for me to give it my best as Vedha”.