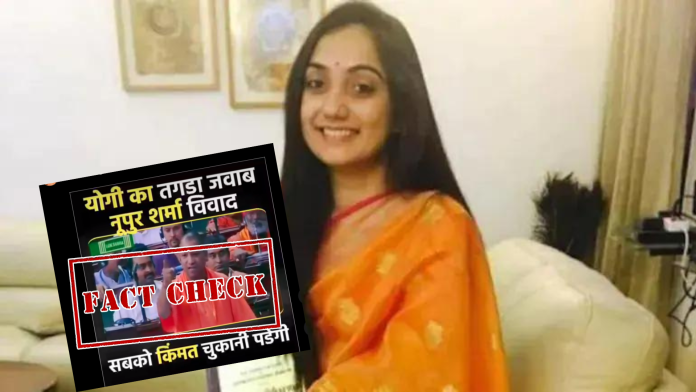 Amid the violence over suspended BJP spokesperson Nupur Sharma’s remarks on Prophet Mohammad, a video of Uttar Pradesh Chief Minister, Yogi Adityanath, has surfaced on social media where he can be seen  suggesting ways to deal with communal violence. 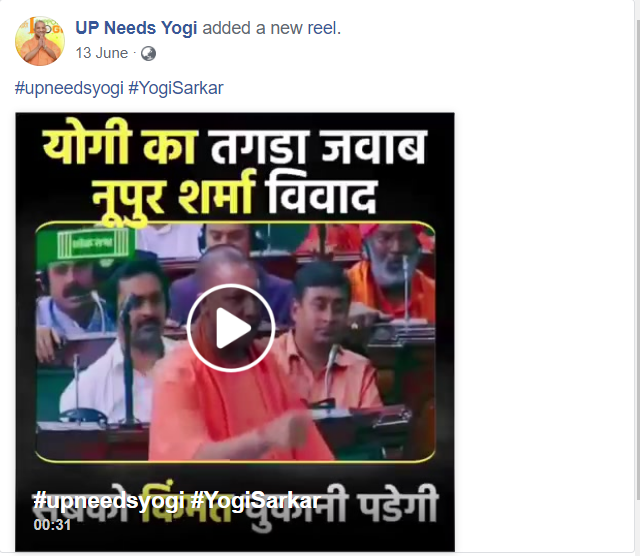 Upon closely observing the above video, we noticed that UP CM Yogi Adityanath was addressing the Lok Sabha which raised our doubt about the date of video since Yogi Adityanath is no longer a Member of Parliament.

We extracted keyframes of the video using InVid software and put them through Reverse Image Search with relevant keywords. The search led us to the full version of the video on the official YouTube channel of the Bharatiya Janata Party dated August 13, 2014, from which the video in question was extracted using different clips.

On digging further we found several reports about Yogi Adityanath’s Lok Sabha address dating back to August 13, 2014. These reports can be seen here and here.

Yogi Adityanath was earlier a member of Lok Sabha from UP’s Gorakhpur constituency for five successive terms from 1998 to 2017. He gave up his Lok Sabha seat in 2017 when he took over as Chief Minister of Uttar Pradesh.

Hence, with the above findings, it is clear that the video in question is nearly eight year old and has no connection with violence over Nupur Sharma’s remarks.