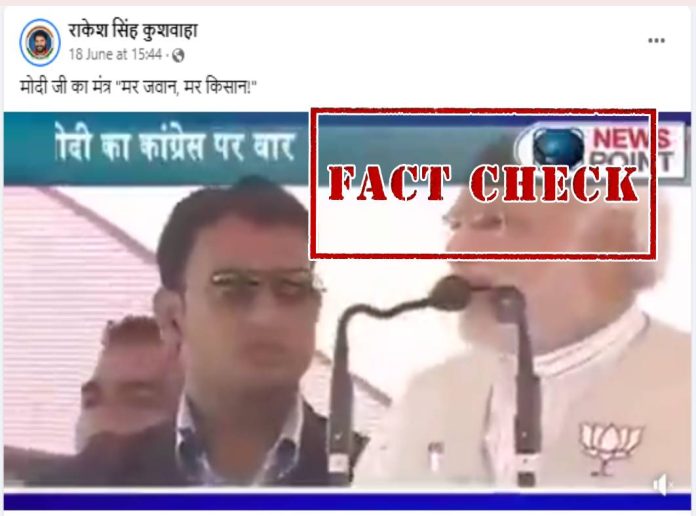 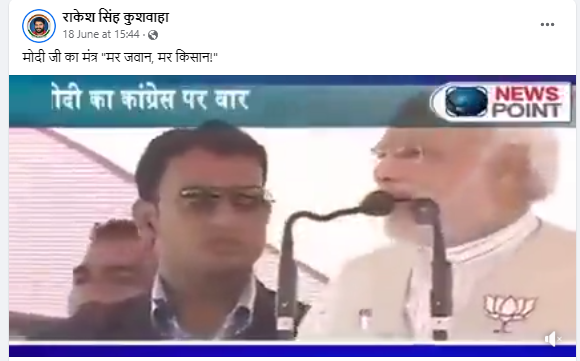 We searched with appropriate keywords and found a report published by NavBharat Times on March 29, 2014. According to the report, PM Modi accused the then UPA government of giving the slogan of ‘Mar Jawan, Mar Kisan.”

We found the same video was uploaded on Prime Minister Narendra Modi‘s official YouTube channel on March 29, 2014. The video was shared with a caption that read, “Shri Narendra Modi addressing a massive Rally in Baghpat, Uttar Pradesh.” 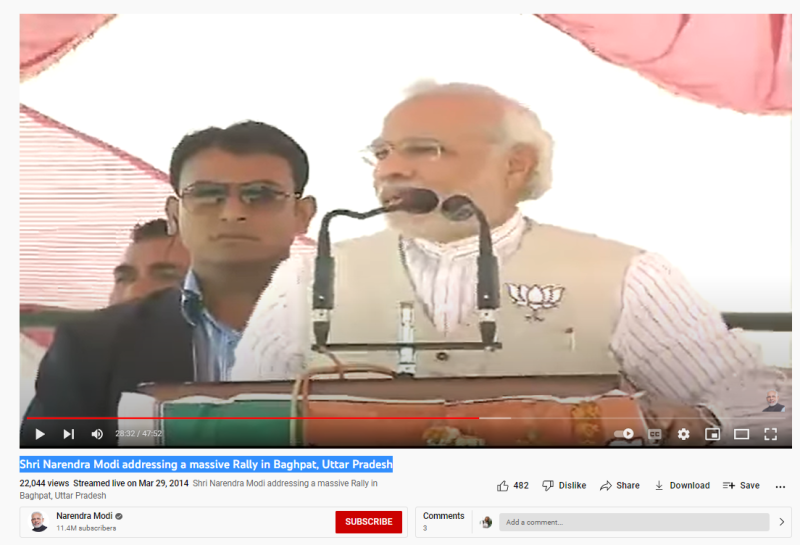 Hence, we can ascertain that the viral video is old and is being shared with misleading claims.