Fact Check: No, The Viral Image Does NOT Show Aftermath Of The Recent Earthquake In Afghanistan | Newsmobile
Thursday, August 18, 2022

Home NM FACT CHECKER Fact Check: No, The Viral Image Does NOT Show Aftermath Of The... 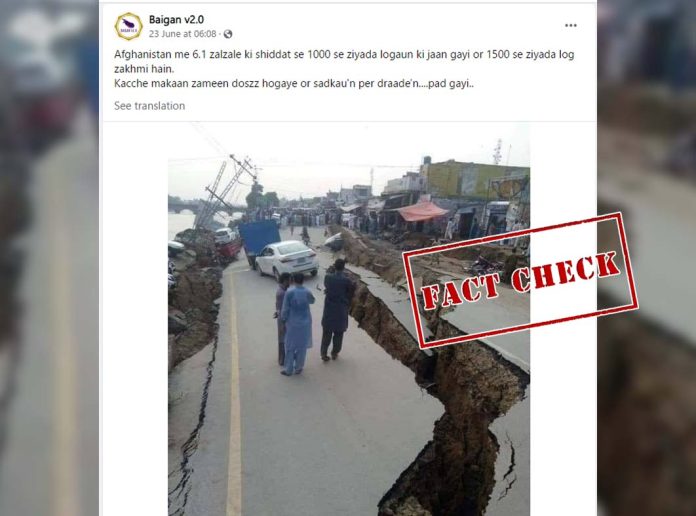 Afghanistan was rocked by a strong earthquake on June 22 reducing hundreds of homes to rubble. The maximum devastation occurred in the  remote, mountainous area of eastern Afghanistan, killing over 1,000 people, leaving over 1,500 wounded.

In this backdrop, an image of a broken road has gone viral on social media with a claim that it shows the aftermath of the quake.

(English Translation: 6.1 magnitude earthquake in Afghanistan has killed more than 1000 people and 1500 people are injured. Houses and lands are gone and roads have fallen.) 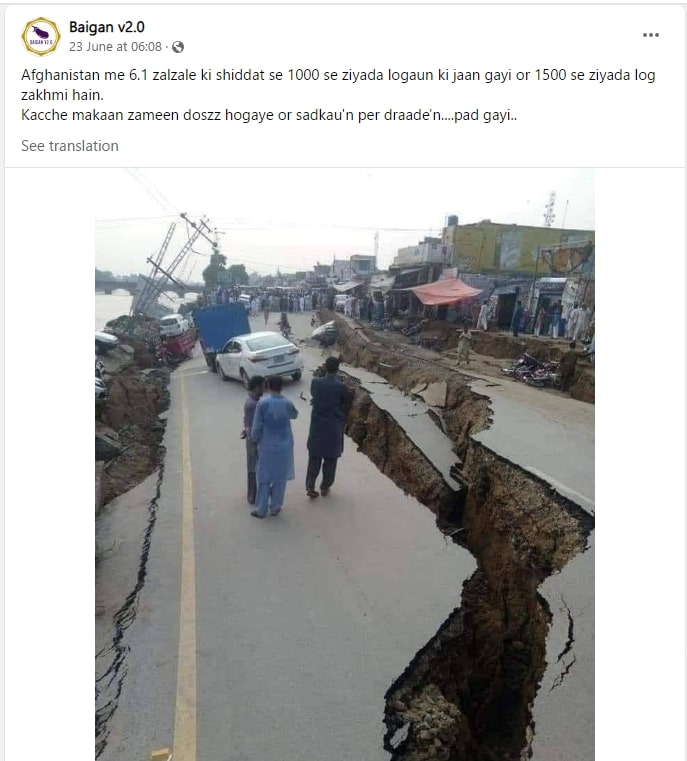 On doing a Google Reverse Image Search, we found that the same image was uploaded by LiveMint on September 25, 2019. The image was shared with a caption that read, “Shortly after the tremor hit, Pakistan’s military dispatched troops and medical teams to the quake-affected area to assist civilian authorities in helping victims (Photo: PTI).” 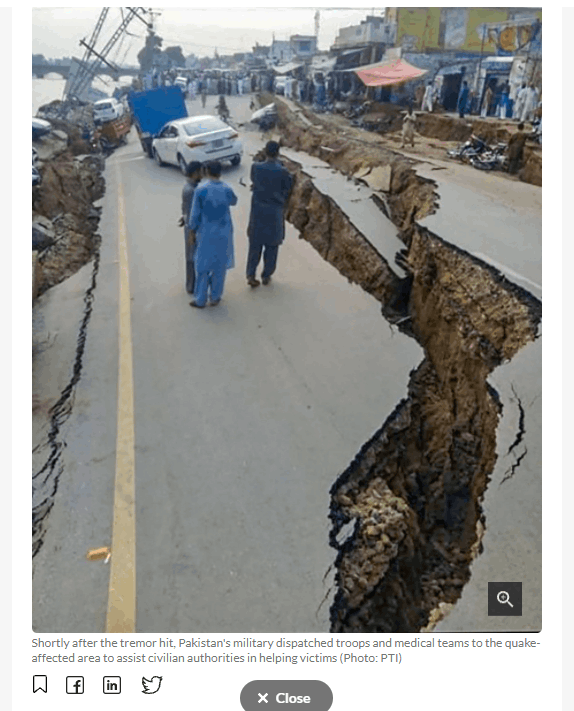 We also found the same image was published by NDTV on September 25, 2019. The title of the article read, “37 Dead, Nearly 500 Injured In Earthquake In Pak-Occupied Kashmir, Pak.” According to the article, an earthquake shook Pakistan occupied Kashmir and other places in Pakistan killing around 37 people. 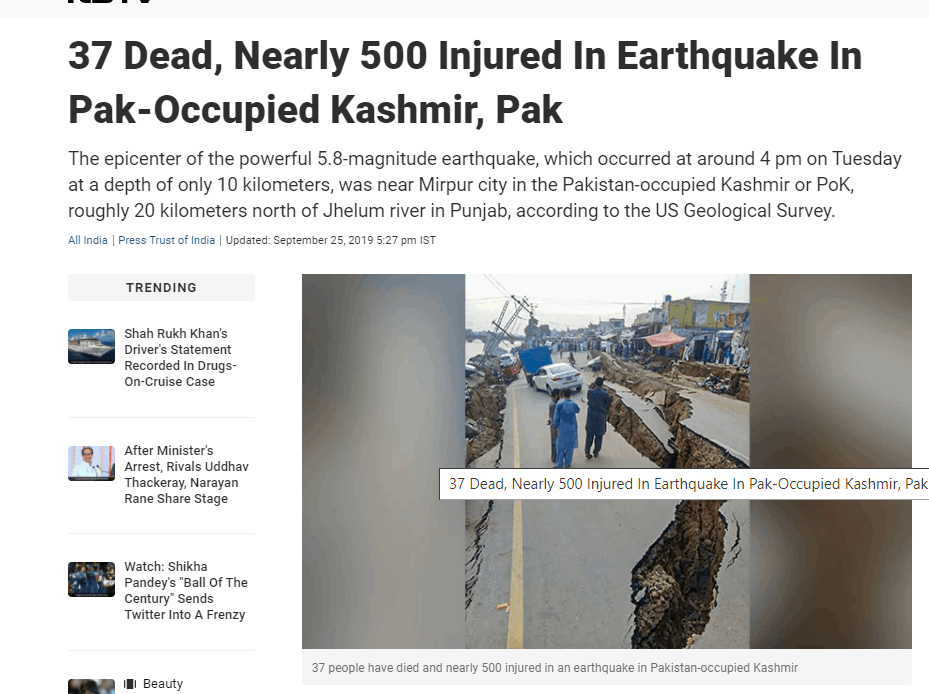 Hence, we can say that an old image of an earthquake that rocked Pakistan Occupied Kashmir has gone viral by falsely linking it to the recent quake in in Afghanistan.