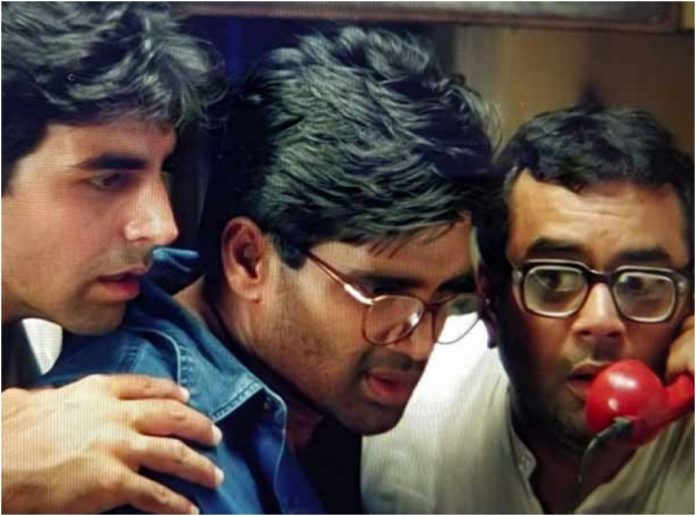 The third film of one of the most loved comedy film series ‘Hera Pheri’ is now under production. In a recent interview, producer Firoz Nadiadwala confirmed working on Hera Pheri 3 and also mentioned that it would have the original cast.

“You’ll get to see it very soon with the same star cast, Akshay ji, Paresh bhai and Suniel ji. The story is in place, and we are working on certain modalities. It’ll be made in the same way, retaining the innocence of the characters. We can’t take past achievements for granted. So, we have to be extra careful in terms of our content, story, screenplay, characters, mannerism etc,” he told Bollywood Hungama.

Films Hera Pheri have always enjoyed enormous popularity. The cult comedy series continues to make people laugh even after so many years. Fans of the renowned comedy-drama couldn’t control their enthusiasm after Nadiadwala confirmed that there will be a third edition. They immediately started tweeting the news, while many others used the opportunity to share memes.

Most Thrilled ending in the History of Indian Cinema #HeraPheri3 pic.twitter.com/K24vsGnPjk