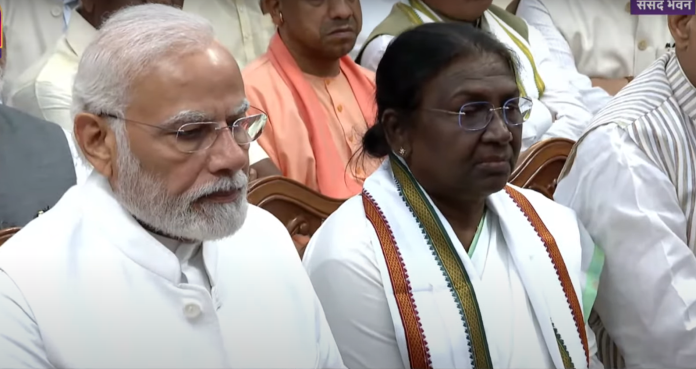 New Delhi: The presidential candidate nominated by the Bharatiya Janata Party-led NDA, Droupadi Murmu on Friday filed her nomination papers at the Parliament Library Building in the national capital.

Prime Minister Narendra Modi proposed her name for the nomination, which was seconded by Defence Minister Rajnath Singh.

Draupadi Murmu, the first woman tribal leader to file her nomination for the top constitutional post of the country, is a seasoned politician from Odisha coupled with an extensive background in the field of academics reflects that she will uplift the tribal sections of the country.

Droupadi Murmu, who was declared BJP-led NDA’s presidential candidate, is a former Governor of Jharkhand and a former Odisha minister.

She will face opposition candidate Yashwant Sinha in the presidential contest on July 18. If elected, she will be the first tribal President of India and the country’s second female President.