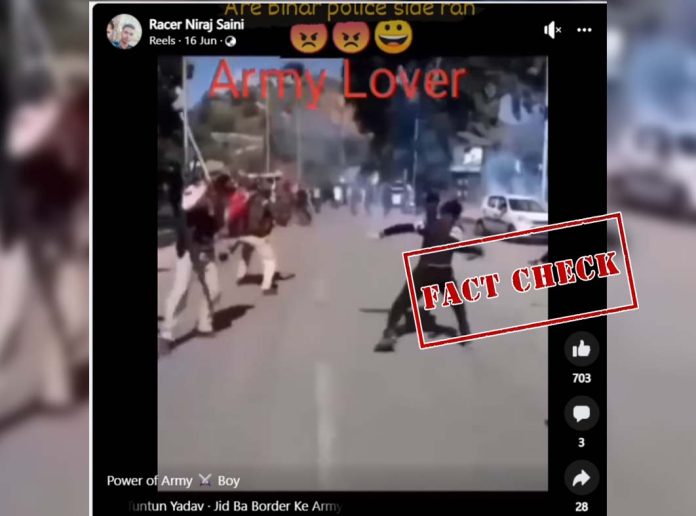 Amidst the ongoing protests against the Agnipath scheme for recruitment in the Indian Army, Navy and Air Force, a video showing few people engaged in a fight with some policemen is being circulated on social media, claiming that the visuals are from recent protests.

Facebook users are sharing the video with the text: “Army boy against Bihar police, Army lover.” 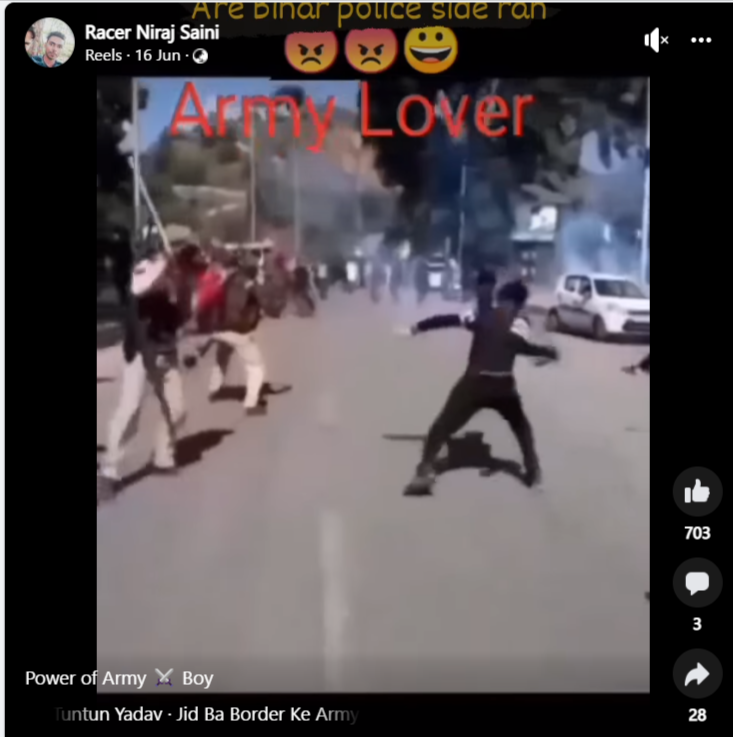 We extracted the keyframes of the video and put them through a Reverse Image Search. The search led us to the longer version of the video, which was uploaded on the YouTube channel of AP Archive on August 22, 2021, with the title: “Police fire teargas to Muslim mourners in Kashmir” 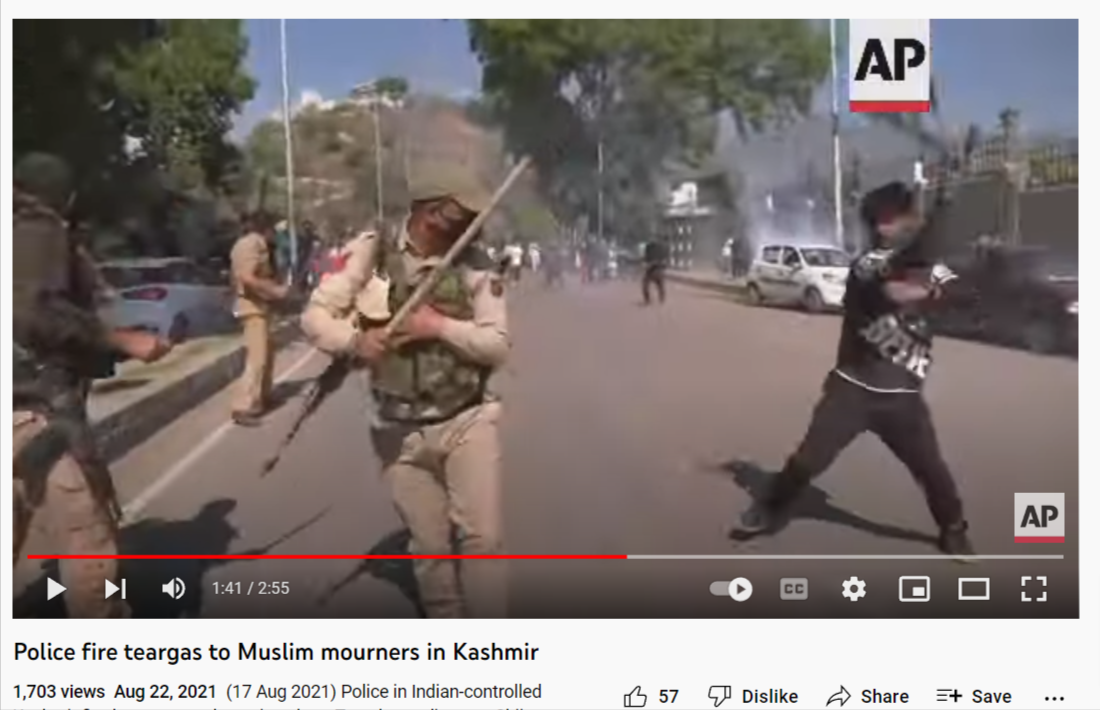 The video description reads: “(Aug 17, 2021) Police in Indian-controlled Kashmir fired tear gas and warning shots on Tuesday to disperse Shiite Muslims, who attempted to participate in processions marking the Muslim month of Muharram. Dozens of people were detained. Hundreds of Muslims chanting religious and pro-freedom slogans took to the streets in the main city of Srinagar despite security restrictions banning the traditional procession…”

We also found a similar picture in a report by AP, dated August 17, 2021, with a caption: “A Kashmiri Shiite Muslim tries to hit a policeman with knives attached to iron chains, used for self-flagellation, after being stopped during a religious procession in central Srinagar, Indian-controlled Kashmir, Tuesday. Police in the Indian-controlled Kashmir on Tuesday fired tear gas and warning shots to disperse hundreds of Shiite Muslims, while detaining dozens who attempted to participate in processions marking the Muslim month of Muharram. (AP Photo/Dar Yasin)” 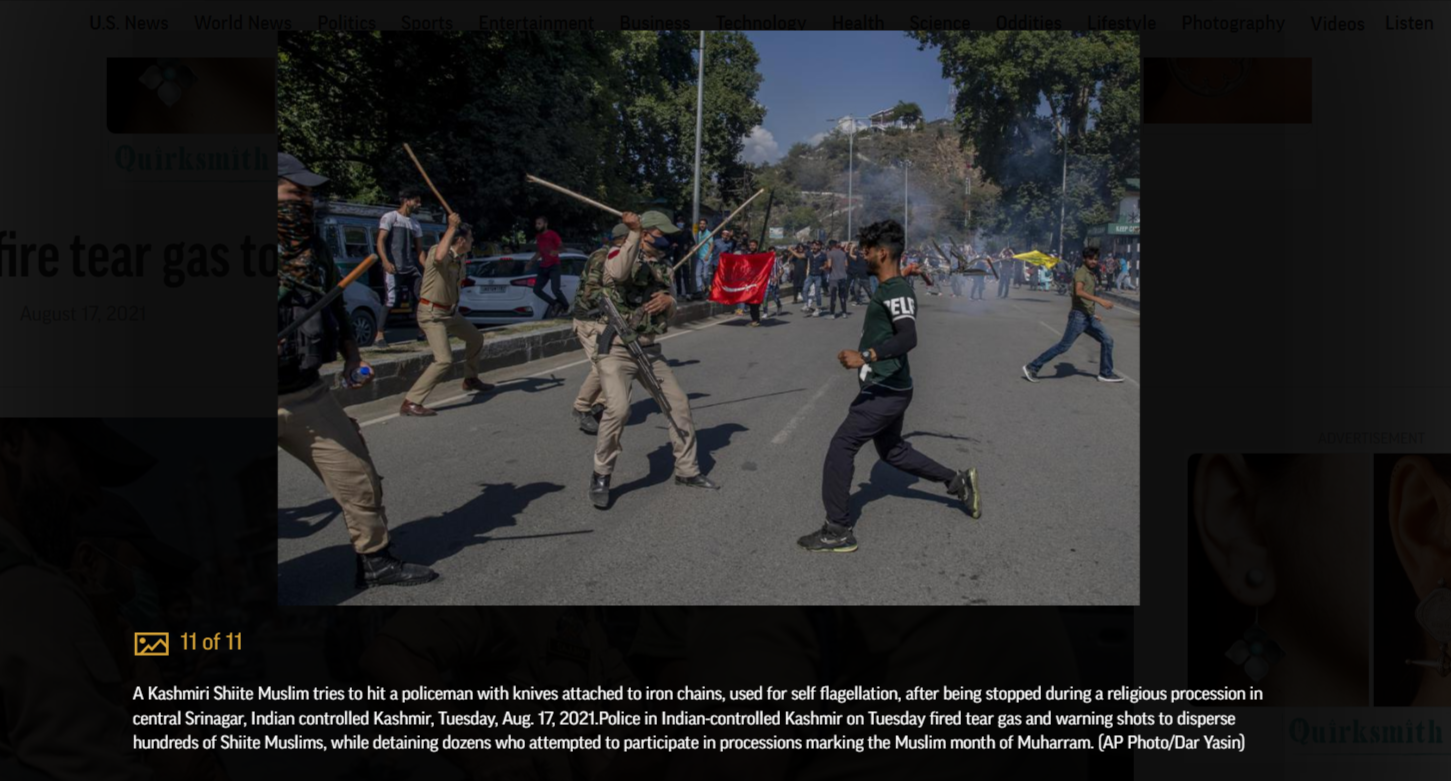 Thus, from the above information, it can be concluded that it is an old video from Kashmir and has no relation to the recent protests in Bihar.