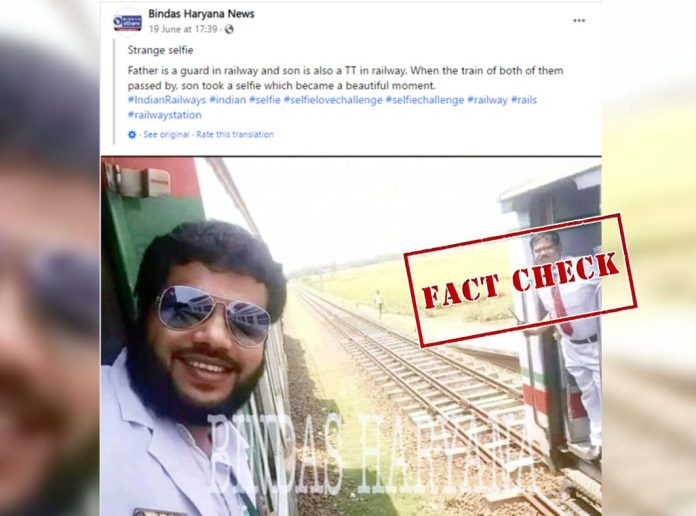 An image of two men standing on the edge of two different trains is being shared on social media with a claim that the image shows a father (who works as a guard in the railways) and a son (a TTE). The hashtags used in the posts also imply that the image is from India. 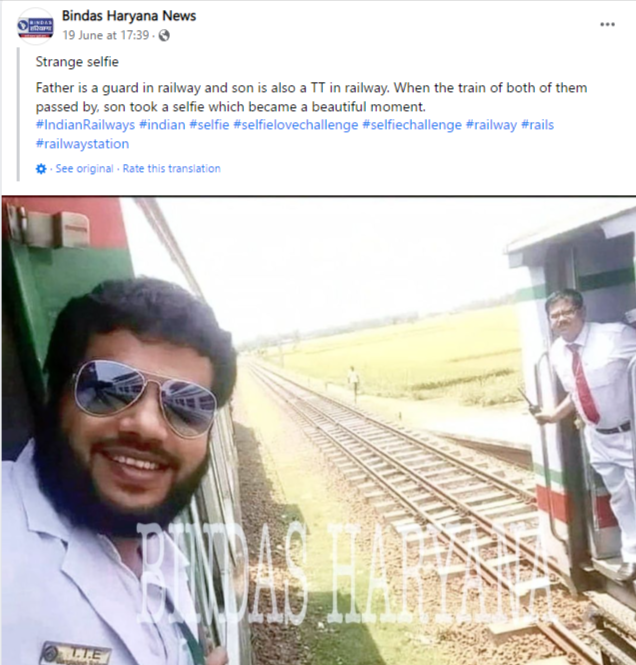 NewsMobile fact-checked the post, and found that the image is not from India.

We put the image through a Reverse Image search and found the same image in May 2019 article by JagoNews24. 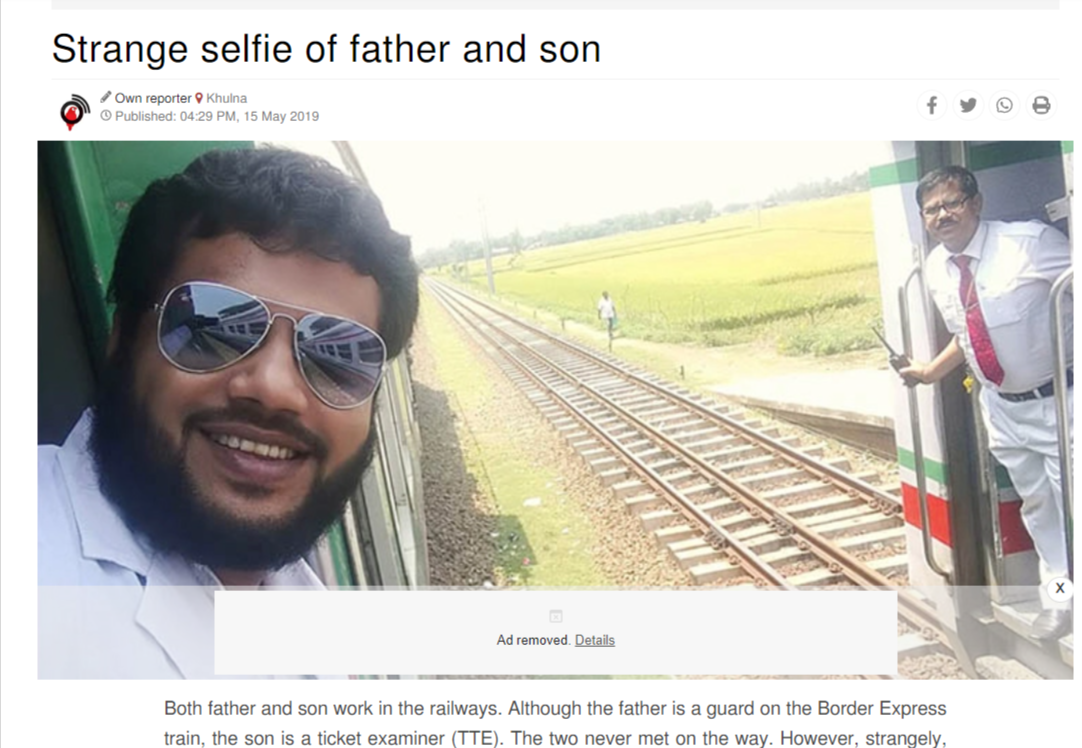 According to the report, ‘Both father and son work in the railways, the father is a guard on the Border Express train, the son is a ticket examiner (TTE)’.

The article also identified the son as Wasibur Rahman. It was also mentioned that he uploaded the picture on Facebook with the caption: ‘Dad and I, crossing at Phulbari station, Chilahati-bounded border and Dhaka-bound Express Express. Dad is on duty, I am also on duty’.

We then searched for Wasibur Rahman on Facebook and found that he shared the same picture on Facebook on May 15, 2019. 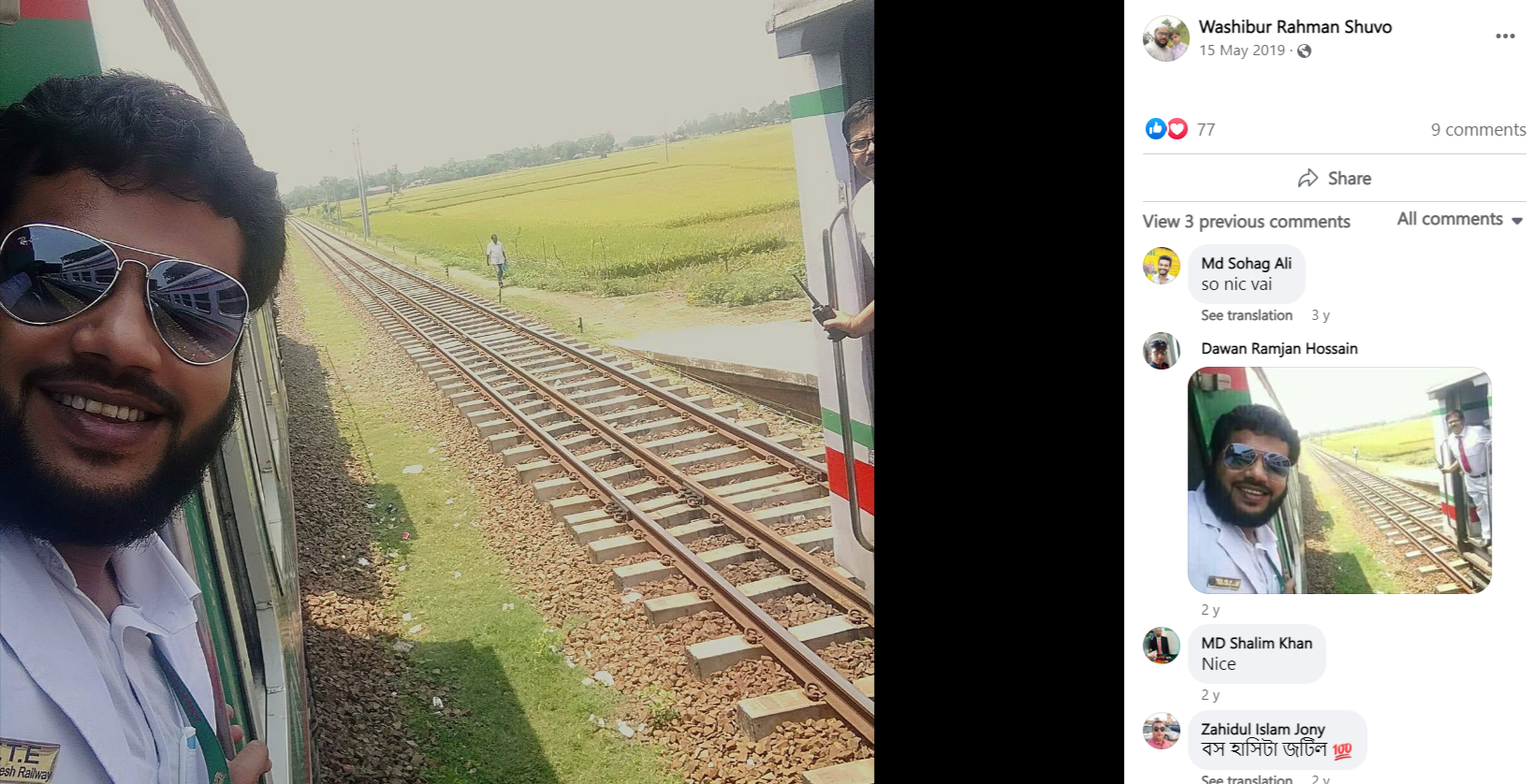 Thus, now it is clear that the image is an old one and, that too, from Bangladesh.