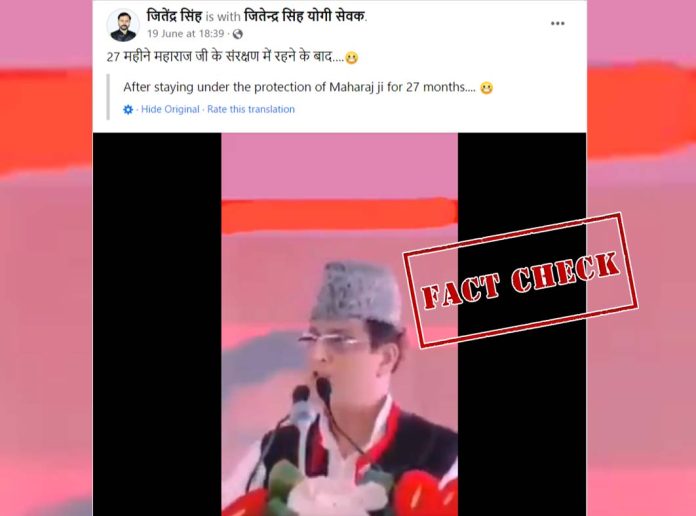 A video of Samajwadi Party leader Azam Khan saying that Ram and Krishna are his ideals and not Mughals, is being circulated on social media. The video is being shared with a claim that he made the statement after he was released from jail in May 2022.

(English Translation: After staying under the protection of Maharaj ji for 27 months…) 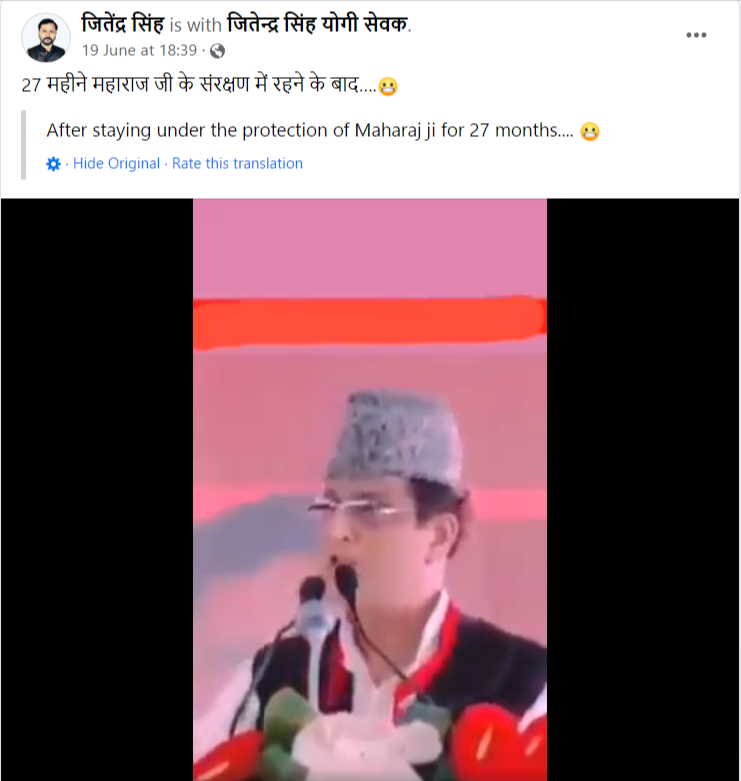 We ran a keyword search and found an article by Amar Ujala from 2017, covering the same incident. The translation of the headline read, “Azam said Shri Ram-Krishna his ideal, in return asked question to CM Yogi.” 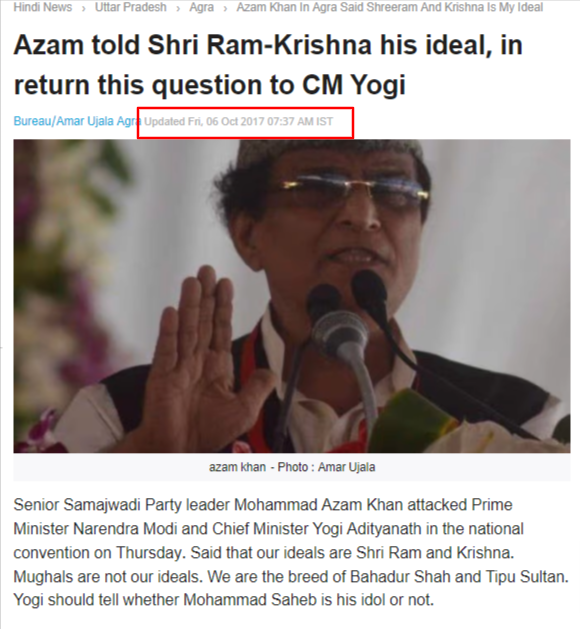 Based on this, we ran another search and also scanned for the original video. After an extensive search, we found the original video on the YouTube channel of the Samajwadi Party. The video was uploaded on October 7, 2017, with the description, “SP General Secretary Shri Azam Khan Speech in Agra, Rastriya Adhiveshan 2017.”

This proves that the video is from 2017 and was not taken he was released from jail.