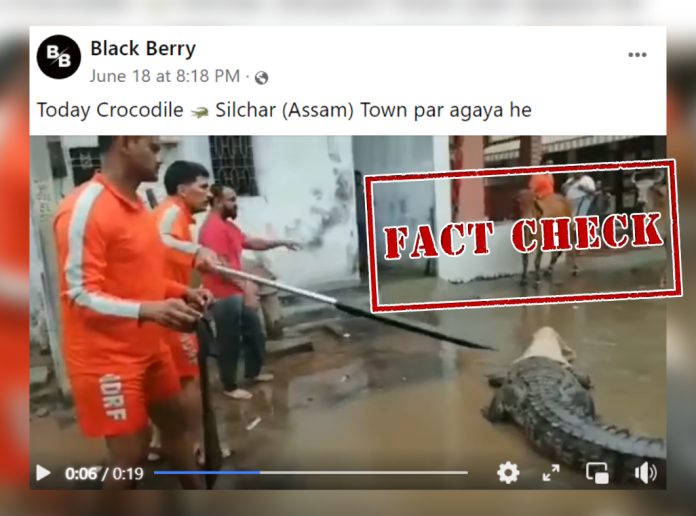 Unprecedented rainfall has led to severe flooding and waterlogging in several parts of Assam affecting over 4.5 million people. Against this backdrop, a video is being shared on social media in which some people can be seen controlling a crocodile on a submerged road in a residential area. Social media users are claiming that it is from Assam.

The video is being shared on Facebook with the caption, “Today Crocodile Silchar (Assam) Town par agaya he” 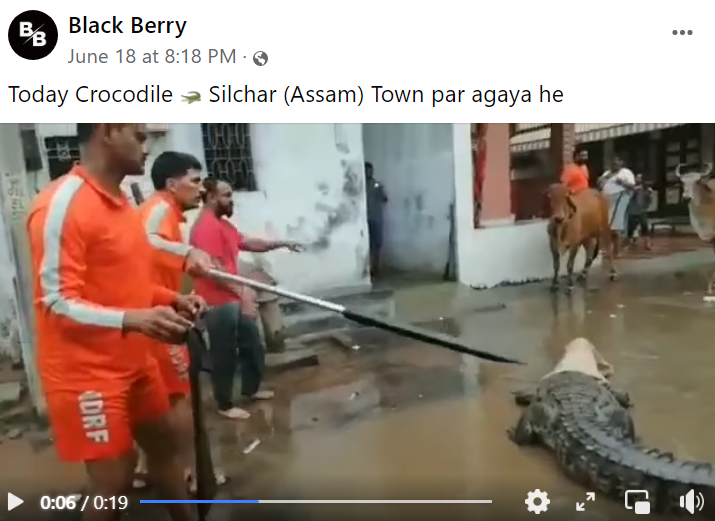 Using the InVid Tool, we extracted keyframes from the viral video and performed a Reverse Image Search. This search directed us to a video news report published by the Times of India on August 4, 2019, which carried similar visuals. The video title read, “Vadodara rains: Crocodiles terror continues as more enter residential complex due to waterlogging.” 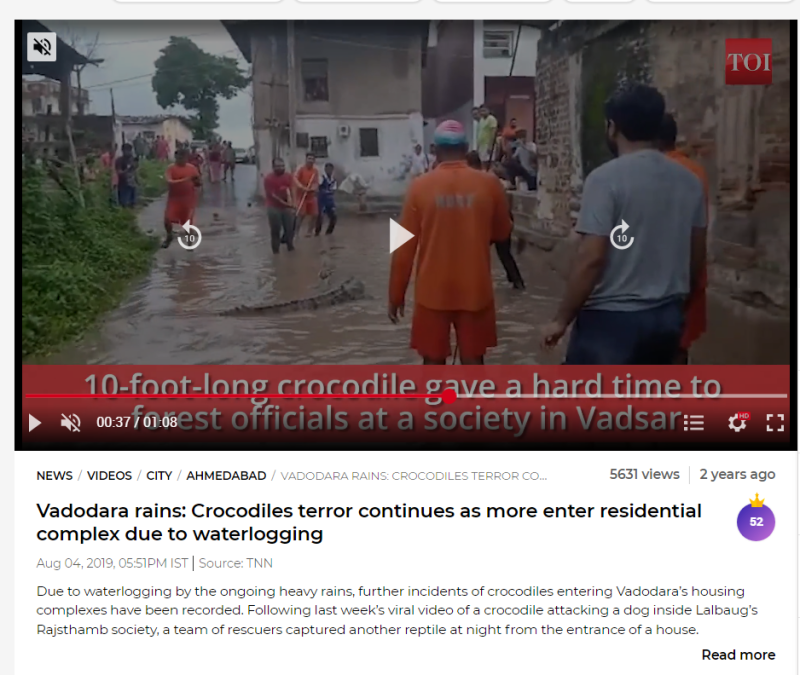 Searching further, we found the same video uploaded on YouTube on August 7, 2019, with the caption, “NDRF TEAM CATCHING CROCODILE | SUCH A DANGEROUS RESCUE OPERATION DID BY NDRF TEAM” 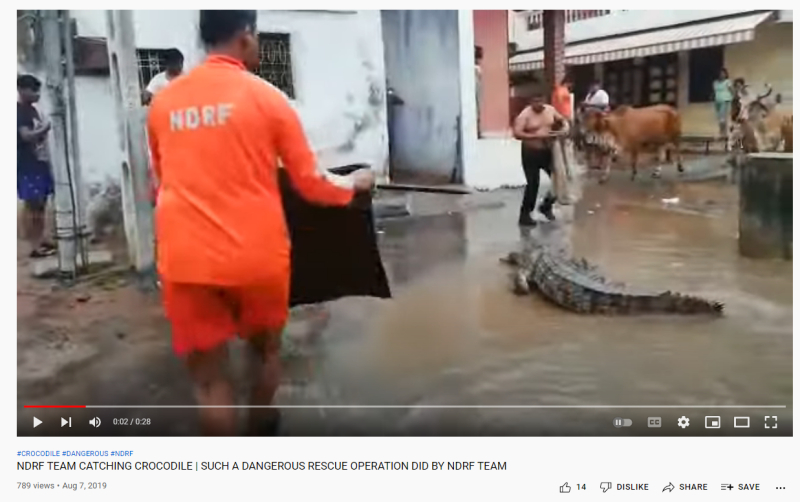 Further, we did a keyword search and found many news articles that reported the same incident in 2019 stating that “Battered by heavy rain, Gujarat’s Vadodara saw a dramatic “rescue” – not of humans or pets caught left stranded by rising water levels, but that of a crocodile.” 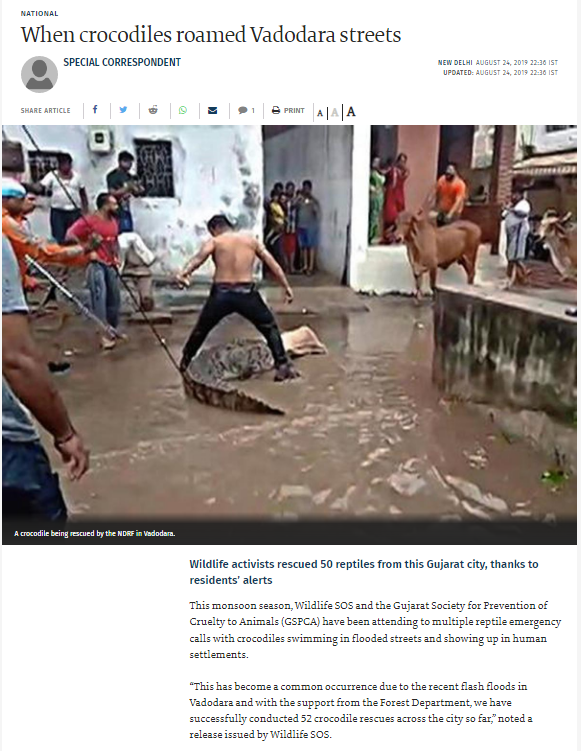 We also found a video news report published by NDTV on August 4, 2019, which carried similar visuals showing a “Chilling Crocodile Rescue From Flooded Street In Gujarat.”

Thus, it is evident from the above information that an old video from Gujarat is being falsely linked to the recent Assam floods.