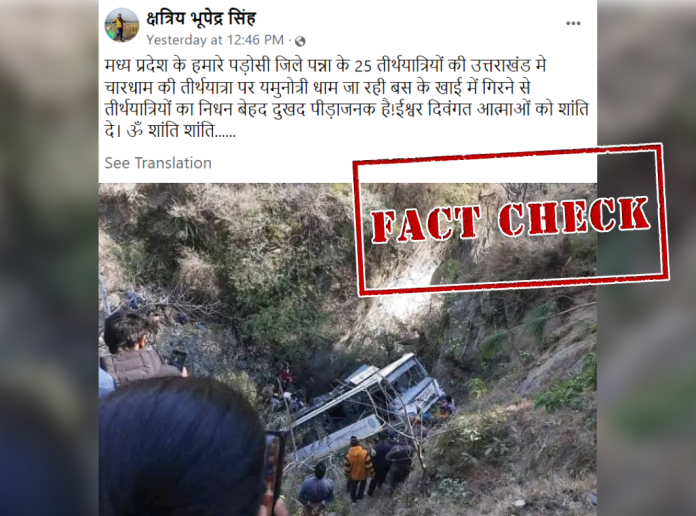 On June 5, 2022, a bus full of pilgrims fell into a gorge in the Uttarkashi district of Uttarakhand. 26 passengers lost their lives in this heart-wrenching accident. These pilgrims were from Madhya Pradesh and on their way to Chardham Yatra.

Against this backdrop, an image showing a bus falling into a gorge is being widely shared on social media, linking to the recent Uttarakhand bus mishap.

(English translation: A bus carrying 25 pilgrims of our neighbouring district Panna in Madhya Pradesh fell into the ditch, while going towards Yamunotri Dham in Uttarakhand. Very painful deaths! May God rest the departed souls in peace.) 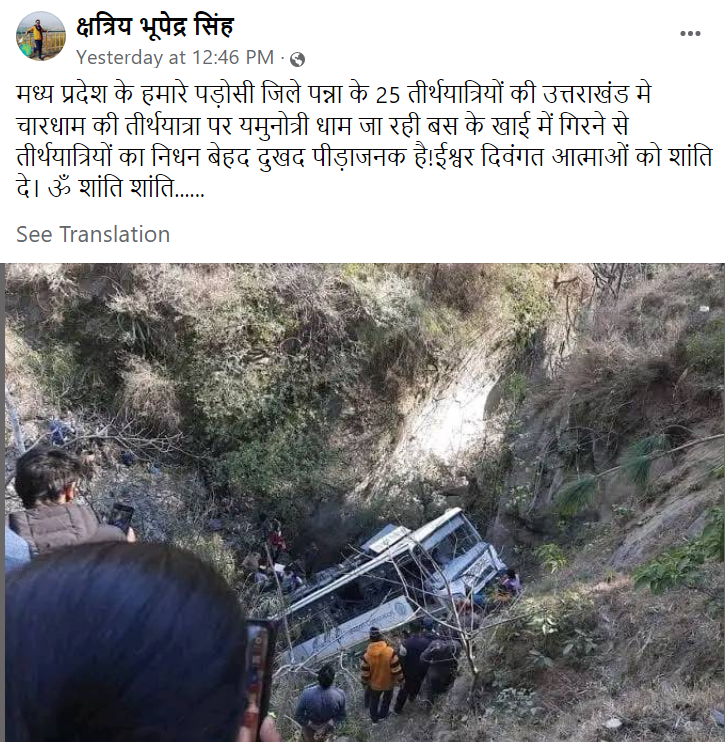 NewsMobile fact-checked the claim and found it to be FAKE.

Doing a simple Reverse Image Search directed us to a news report published on ‘Amar Ujala’ on February 14, 2022, that carried the same viral image. According to the report, this accident took place near Gaso bridge in the Jhakri area of ​​Shimla in Himachal Pradesh. 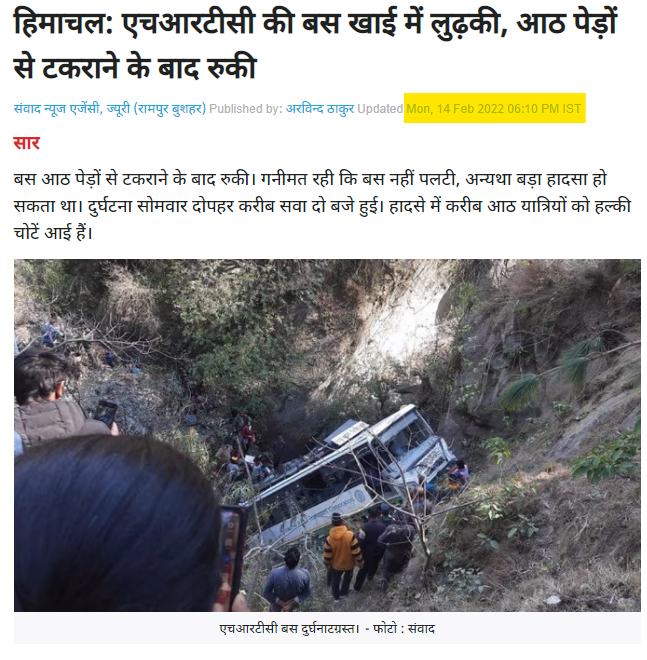 Another news report published by New18 Hindi had similar visuals of the bus accident in February 2022. The Times of India also reported the same incident on February 14, 2022, stating: “Thirty-three people were injured when a Himachal Road Transport Corporation (HRTC) bus met with an accident in Shimla district.”

Thus, now it is clear that the viral image is an old one, and not related to the recent bus accident in Uttarakhand. Therefore, the viral claim is misleading.