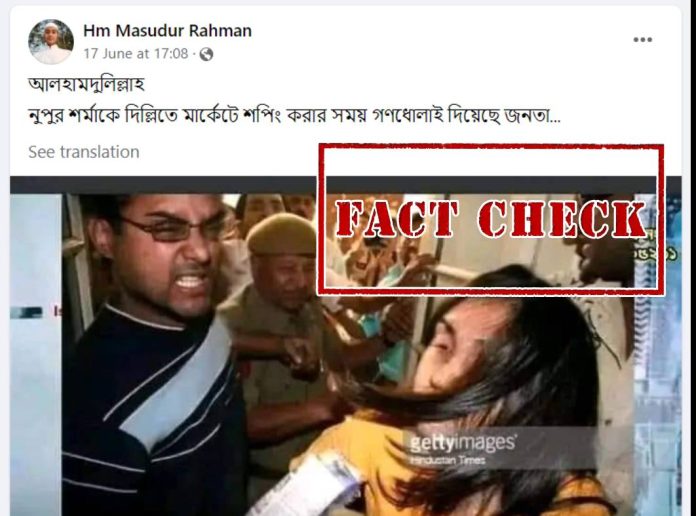 In the above context, many social media users are sharing an image, claiming that Nupur Sharma was beaten by the public in Delhi for maligning the Prophet. 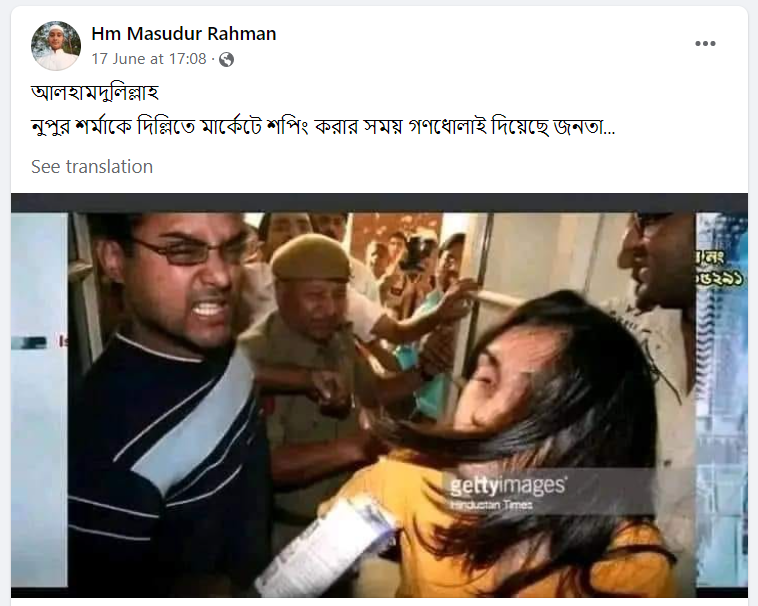 NewsMobile did the fact-check, and found the claim to be fake.

We searched with appropriate keywords on Google but found no reports of Nupur Sharma being beaten in public.

We further did a Google Reverse Image Search with the viral image and found the same image was published on Getty Image. The image was published with a caption: “ABVP activist and DUSU President Nupur Sharma crashing the gate to mark her protest against Professor S.A.R. Geelani at a public meeting in Delhi University’s North Campus on November 6, 2008, in New Delhi, India.” 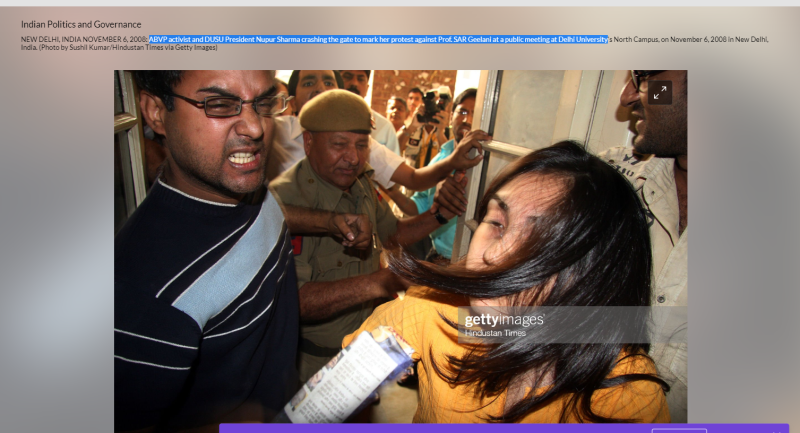 The incident was also reported by The Indian Express on November 8, 2008. The report reads: “Teachers and students of Delhi University present at Thursday’s seminar involving S.A.R. Geelani today repudiated DUSU president and ABVP member Nupur Sharma’s claim that she had requested Geelani to leave “before” the activists of BJP-backed students’ outfit began their violent protest.”

Hence, we can ascertain that the viral image is an old one, and not associated with recent remarks made by Nupur Sharma.