Fact Check: No This Video Does NOT Vandalism At Bihar Deputy CM’s House; Here’s The Truth | Newsmobile
Saturday, August 13, 2022

Home NM FACT CHECKER Fact Check: No This Video Does NOT Vandalism At Bihar Deputy CM’s... 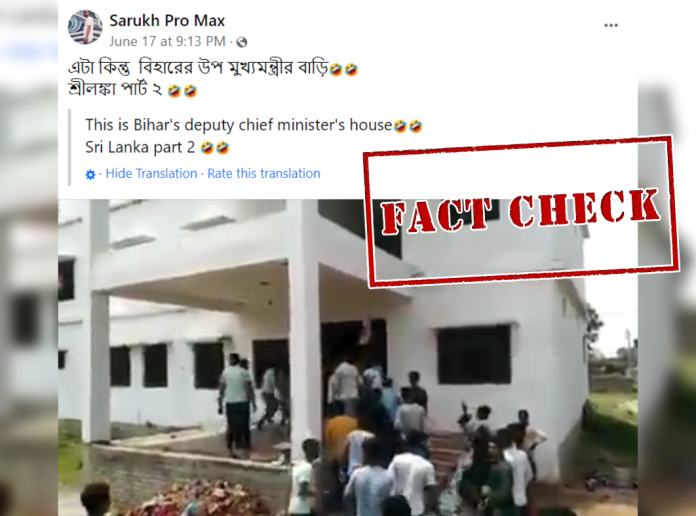 Against this backdrop, a video is being widely shared on social media with the people standing under a white two-story house and smashing things, claiming that angry mobs vandalising Bihar Deputy Chief Minister Renu Devi’s house. 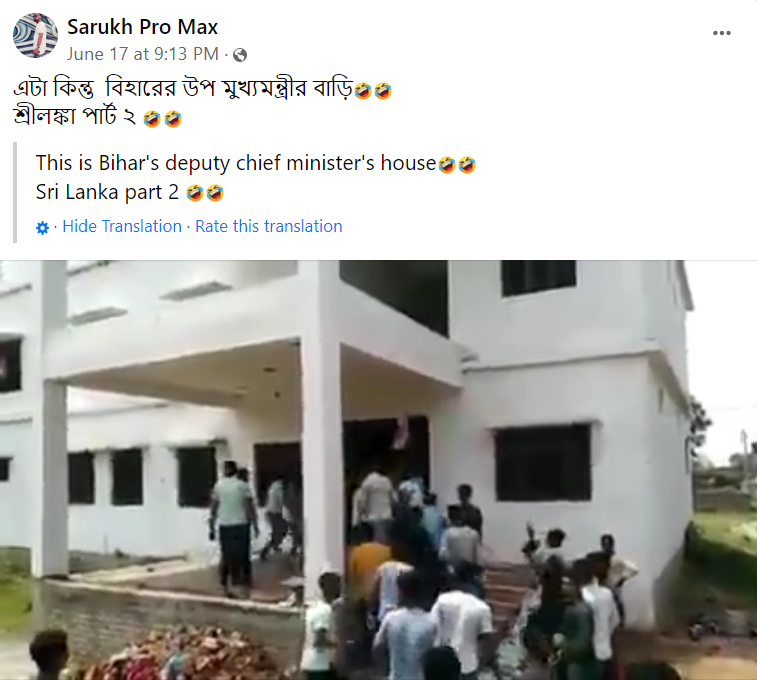 Doing a keyword search, we found a news report published by Hindustan Times that Bihar Deputy Chief Minister’s house was vandalised by Agnipath protesters. It also embedded a video tweeted by ANI. Although in this video, the house is not clearly visible, one can see a blue structured building being vandalised and not white.

#WATCH | Bihar: The residence of Deputy CM Renu Devi, in Bettiah, attacked by agitators during their protest against #AgnipathScheme

Her son tells ANI, “Our residence in Bettiah was attacked. We suffered a lot of damage. She (Renu Devi) is in Patna.” pic.twitter.com/Ow5vhQI5NQ

Searching further, we found a clearer version of vandalism at Renu Devi’s home in Bihar, uploaded by Times Now on June 17, 2022. This video also shows a different house being attacked.

We then extracted keyframes from the viral video using the InVid Tool and performed a Reverse Image Search. This search directed us to a tweet upload on June 17, that carried the same viral video. The text reads: “Protesting students reached BJP office in Bagaha. BJP office vandalised, papers blown in the wind.” 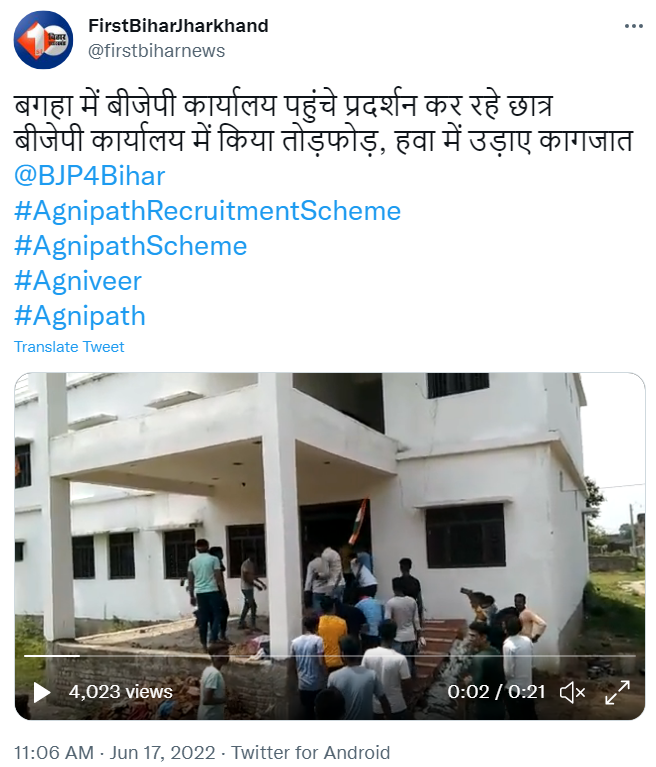 We also found the same video uploaded by Alok Kumar, Editor of The Times of India’s Hindi edition. It also stated: “The BJP on the receiving end of #Agnipath protesters as its three MLAs and house of the Deputy CM in #Bihar were attacked in the last 24 hours. Protesters are now attacking its offices. This video is of the Bagha BJP office.”

The BJP on the receiving end of #Agnipath protestors as its Three MLAs and house of the deputy CM in #Bihar were attacked in the last 24 hours. Protestors are now attacking its offices. This video is of Bagha BJP office#AgnipathRecruitmentScheme #AgnipathScheme pic.twitter.com/0P7XMEMXLV

Many newspapers and media channels have also reported about BJP’s Bihar office being vandalised over Agnipath protests.

Thus, it is confirmed that the video on BJP’s Bihar office incident is being falsely shared as Bihar Deputy Cheif Minister’s house. Therefore, the viral claim is misleading.