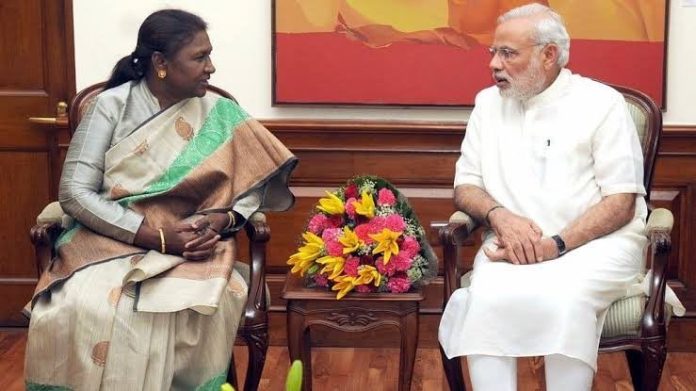 The choice of 64-year-old Droupadi Murmu as the candidate for the post of President by the BJP-led National Democratic Alliance (NDA) reinforces Prime Minister Narendra Modi’s decision in sending a strong social message of empowerment of the country’s weaker sections– through the presidential elections.

Murmu is a tribal, grassroots leader, a self-made woman who rose from the lowest rung in one of our most backward belts to become an MLA, a minister and then governor of Jharkhand.

Actually, as Modi intends, her candidature is the true messaging of a vibrant philosophy of Antyodaya, which is the core of the BJP’s political philosophy.

Compared to Modi’s move, the combined opposition’s move to field Yashwant Sinha (whose only USP is that he is a bitter critic of the PM) shows an utter lack of any strategy and a paucity of candidates. Sinha was approached when three leaders –Sharad Pawar, Farooq Abdullah and Gopal Krishna Gandhi refused to contest as they did not want to be a “sacrificial goat.”

In 2017 too, Modi had succeeded in naming outgoing President Ram Nath Kovind as an NDA nominee from the mahadalit background. The Congress fielded former Lok Sabha Speaker Meira Kumar. Kovind got more than two-thirds of the votes in the electoral college that elects the President.

This time too, if one goes by the huge response to Murumu’s candidature by non-NDA parties, the NDA nominee is expected to win more votes than the alliance’s current strength in the electoral college, which comprises elected members of the Lok Sabha, Rajya Sabha and the state legislatures. The election for the next President of India will take place on July 18 as the term of Kovind comes to an end on July 24 and the new one will take oath on July 25.

Irony in this year’s election

The irony is that the presidential poll this time is actually between a BJP nominee and an ex-BJP leader who hopped from the BJP to Trinamool Congress due to his opposition to Modi.

As we had surmised earlier, Modi’s chosen a candidate who represents a very weaker section and a neglected region and hails from hitherto unrepresented communities in the highest office.

The announcement of Murmu’s candidature has set off a wave of congratulations including from Odisha, led significantly by Chief Minister and BJD supremo Naveen Patnaik. Murmu had served Patnaik as a state minister. Other UPA partners like Jharkhand CM Hemant Soren are certain to support her.

Murmu’s impact will be felt across five states

A Santhal from Odisha’s remote Mayurbhanj district, Murmu started out her career as a class 3 state government employee. She later became a school teacher and moved to politics.

Murmu began as a councillor in Rairangpur Nagar Panchayat in 1997 and rose through the ranks to become a minister in the Odisha government in 2000 and later the Governor of Jharkhand in 2015.

Her father, Biranchi Narayan Tudu, was a farmer in the village. She completed her graduation from the Ramadevi Women’s University in Bhubaneswar with a Bachelor of Arts degree. In 1979, she began work as a junior assistant in the state’s irrigation and power department. After her marriage to Shyam Charan Murmu, a bank officer, Murmu quit the government job in 1983, to look after her three children, two sons and a daughter.

She then moved to the town of Rairangpur, and in 1994 became an assistant teacher at the Shri Aurobindo Integral Education Centre.

In 2000, she contested her first assembly election from Rairangpur on a BJP ticket and was made minister with independent charge of transport and commerce, fisheries and animal husbandry. In 2004, she won again, this time in a cliffhanger, by a margin of 63 votes. In 2007, she was awarded the “Nilakantha Award” after being adjudged the best MLA in the Odisha assembly for the year 2007. Between 2002 and 2009, she was a member of the national executive of ST Morcha of BJP.

In 2015 then, Murmu became the first tribal governor of the state of Jharkhand where she completed a full five-year term.

Murmu is known to be an aggressive champion of tribal rights.

The Santhals are the largest tribe in Jharkhand and are also found in the states of Assam, Tripura, Bihar, Chhattisgarh, Odisha and West Bengal. Her name is likely to please the tribals in the North East as well as in other states like Madhya Pradesh, Maharashtra, Andhra Pradesh, Karnataka, and Gujarat.

Sinha caught in a losing battle?

The Opposition parties say it is an ideological contest against the BJP but cannot answer why they chose Yashwant Sinha who was for 22 years with the very party they seek to oppose. They say he is the best under the circumstances because he is a virulent critic of the Modi government. No one else is ready for this symbolic fight. 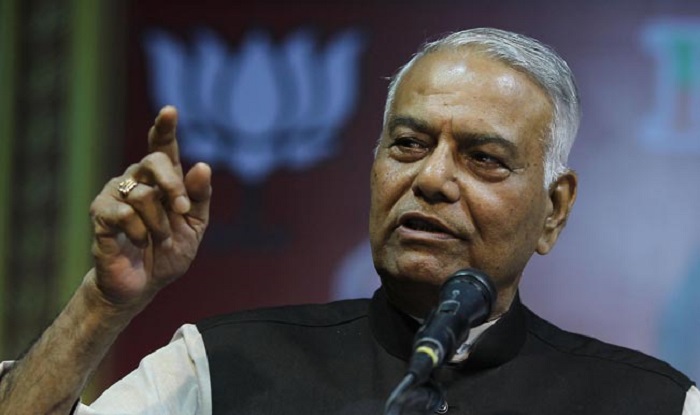 Sinha served both as finance and foreign minister in the Atal Bihari Vajpayee cabinet. But his decline in political stature has been unchecked. In 2014, he had backed Modi for the PM’s post. But by 2018, he was disenchanted with Modi, triggered by the BJP’s refusal to consider his case to be projected as chief minister of Jharkhand at least once. He quit the BJP then, criticising Modi’s economic policies.

An IAS officer, who took voluntary retirement in 1984, Sinha had also served as an aide to the Bihar chief minister Karpoor Thakur in the late 1970s. Sinha is known for his ability to foster ties with leaders—from Janata Dal’s Chandrashekhar to Vajpayee and lastly, Mamata Banerjee.

In 1991, when VP Singh was the Prime Minister, he was offered the rank of minister of state but he refused to join. Later, he joined the BJP at the peak of the Ram Janmabhoomi movement under LK Advani. When Advani resigned in the wake of the Jain Hawala diaries scam, Sinha put in his papers too. He was first elected to the assembly from Ranchi in Bihar in 1995. In 1997, he became the party’s president of the Bihar unit. He contested from the Hazaribagh Lok Sabha seat in 1998. He was made a Cabinet minister, holding the portfolios of external affairs and finance–because Jaswant Singh had lost. Jaswant Singh returned to the Cabinet via Rajya Sabha. Sinha continued as finance minister but allegations of irregularities saw his shift to foreign affairs. Once the BJP lost power in 2004, Sinha saw his position decline.

Ten years later, his son Jayant Sinha was the BJP’s choice for the Hazaribagh seat. Sinha was left fuming. In July 2014, Sinha was arrested in Hazaribagh on charges of assaulting and tying up the general manager of the Jharkhand State Electricity Board’s Hazaribagh branch during a demonstration against an electricity crisis in the state.