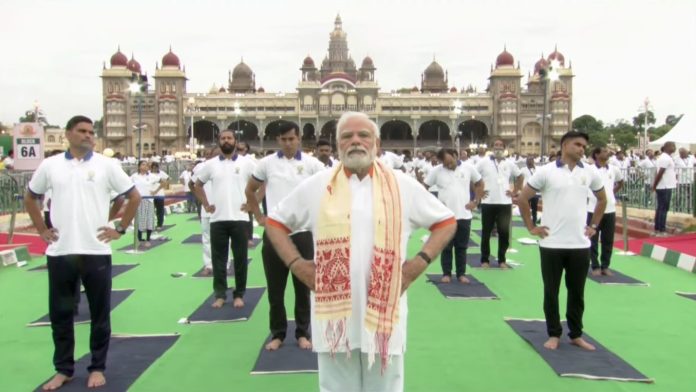 Mysuru: Prime Minister Narendra Modi on Tuesday performed yoga at the main event of the eighth edition of the International Day of Yoga in the heritage city of Mysuru in Karnataka.

More than 15,000 people participated in the Yoga celebrations along with the Prime Minister at the Mysore Palace grounds. 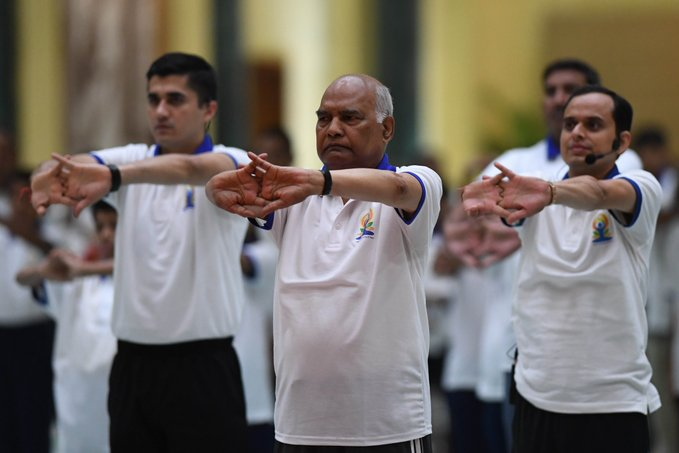