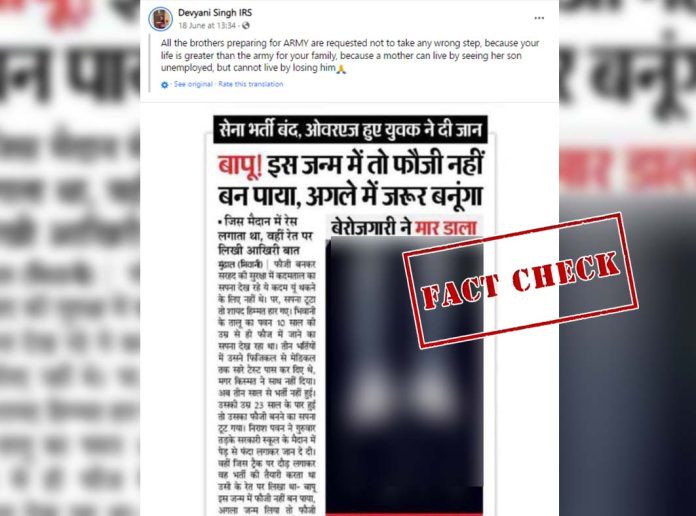 A picture of a newspaper clipping about the death of an army aspirant is being shared on social media. The posts are linking the clipping with the new ‘Agnipath’ scheme announced by the Centre for recruitment of youngsters in the Defence forces.

(English Translation: All the brothers preparing for ARMY are requested not to take any wrong step, because your life is greater than the army for your family, because a mother can live by seeing her son unemployed, but cannot live by losing him.) 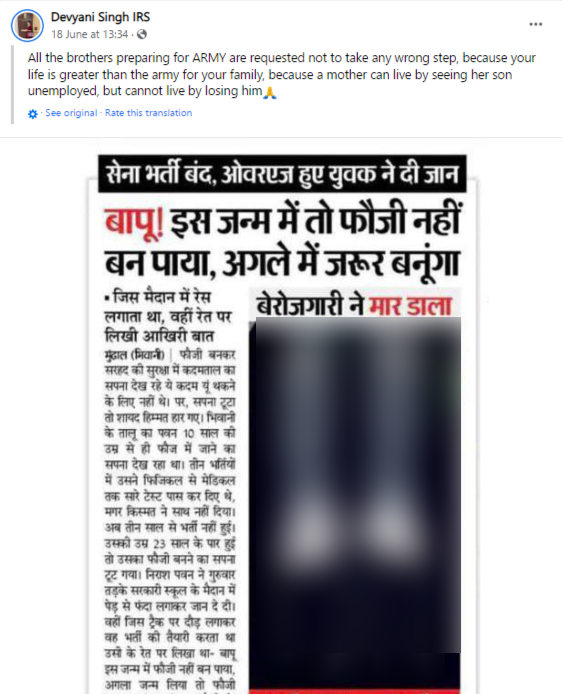 The headline of the report read, “बापू! इस जन्म में फौजी नहीं बन पाया, अगले जन्म में ज़रूर बनूँगा” (English: Father! I could not become a soldier in this life, I will definitely become one in the next life.)

NewsMobile fact-checked the post and found that the newspaper clipping is old.

We ran a keyword search and multiple reports with the same headline which were published on April 29, 2022, a few months before the ‘Agnipath’ scheme was announced in June. 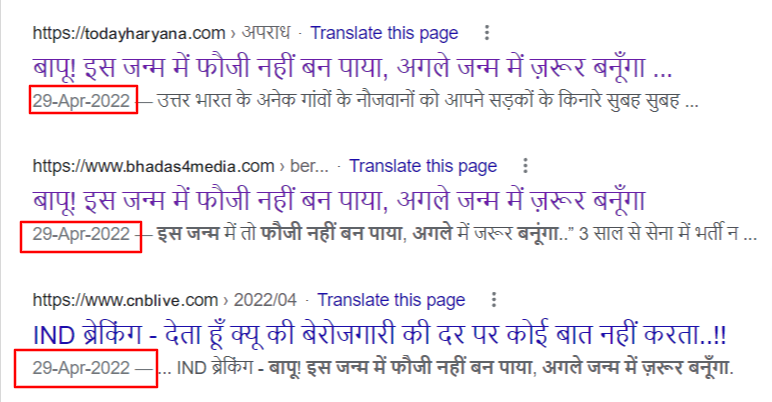 According to reports, a resident of Bhiwani, Haryana ended his life as he failed to clear the army test even after several attempts. The reports identified him as Pavan, who was 23 years old.

A report by Indian Express stated that the 23-year-old army aspirant allegedly died by suicide at a village in Bhiwani district after turning ‘overage’ for recruitment.

The report also mentioned that Pavan cleared the physical fitness exam for Army recruitment two or three times but could not make it to the final cut-off. And he crossed the age bar during the pandemic when the recruitment process was put on hold.

Hence, based on the above information, it is clear that the newspaper clipping is not related to ‘Agnipath’ scheme.