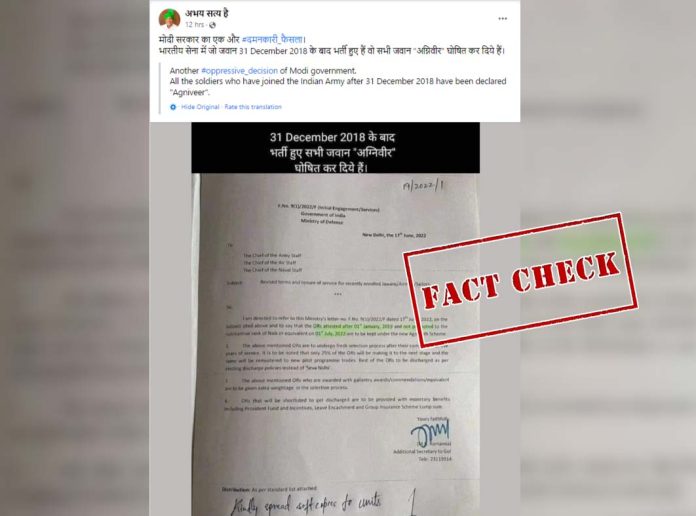 A letter attributed to the Ministry of Defence is being circulated on social media claiming personnel under ‘Other Ranks (ORs) attested after 01 January 2019 and not promoted to the substantive rank of Naik or equivalent on 01 July 2022 are to be kept under the new Agnipath Scheme’.

(English Translation: Another #oppressive_decision of Modi government. All the soldiers who have joined the Indian Army after 31 December 2018 have been declared “Agniveer”.) 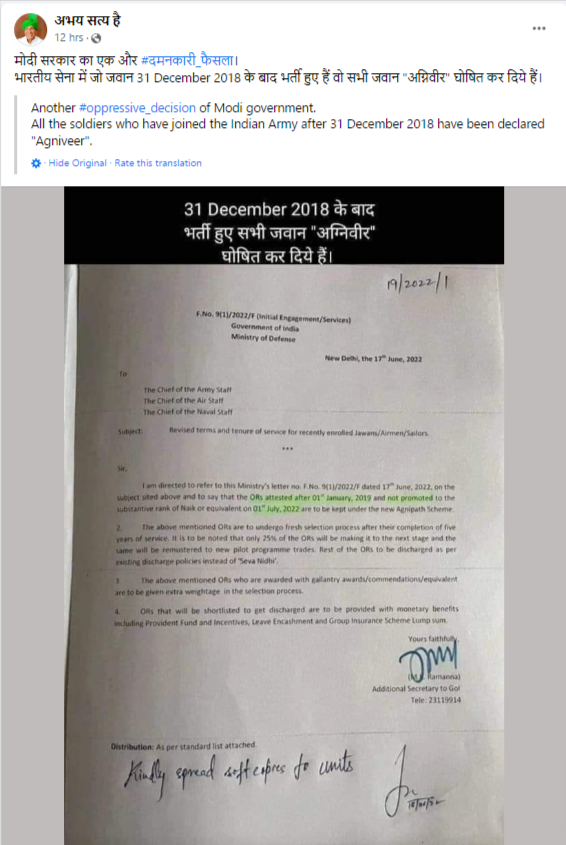 We ran a keyword search but did not any credible media report to corroborate the claim. Under the Agnipath scheme, around 46,000 soldiers will be recruited between the ages of 17-and-a -half years and 21 years (23 for the year 2022) into the three armed services on a four-year short-term contractual basis.

Moreover, in the letter, the date mentioned is June 17, 2022. However, we scanned through the press note on the website of the Ministry of Defence but did not any such letter. 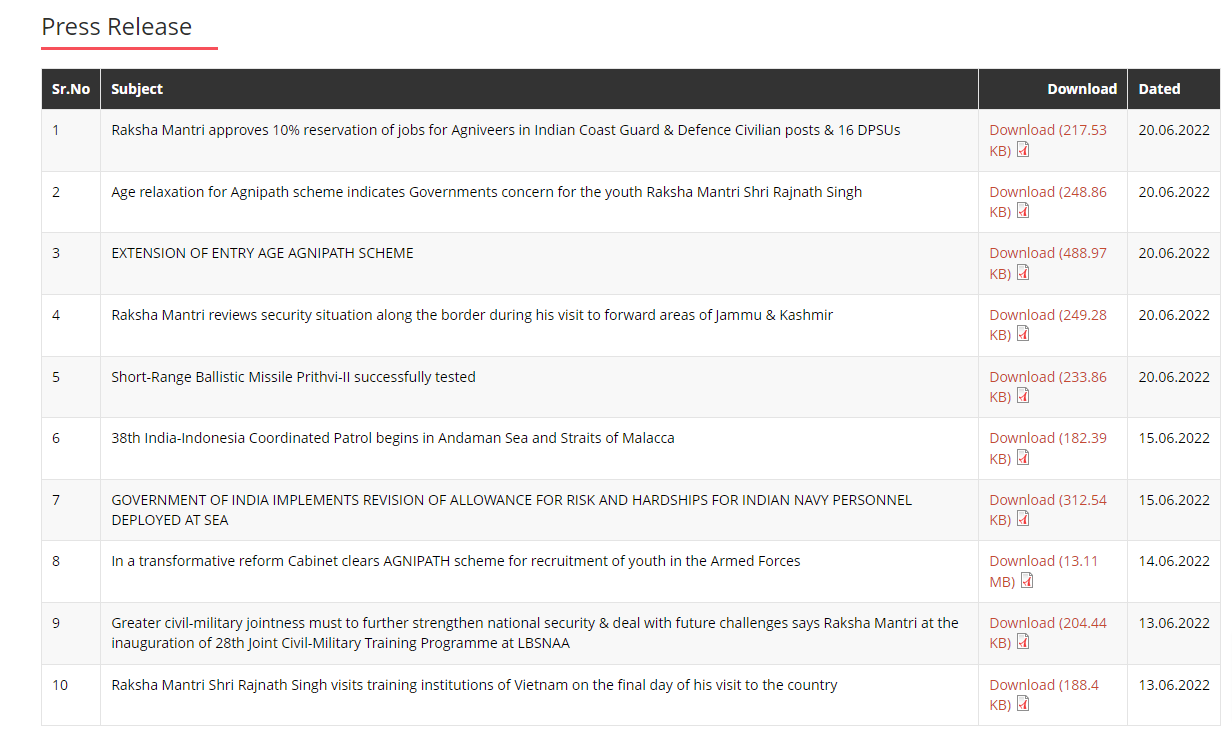 On searching further, we also found that Press Information Bureau had also refuted the claim in a tweet dated June 20, 2022. 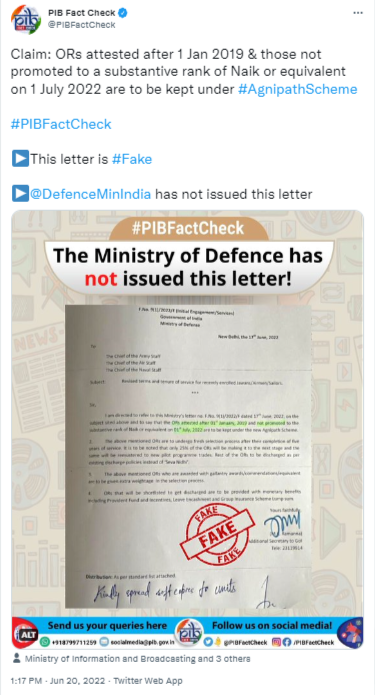 Hence, from the above fact check, it is clear that the viral letter is fake.