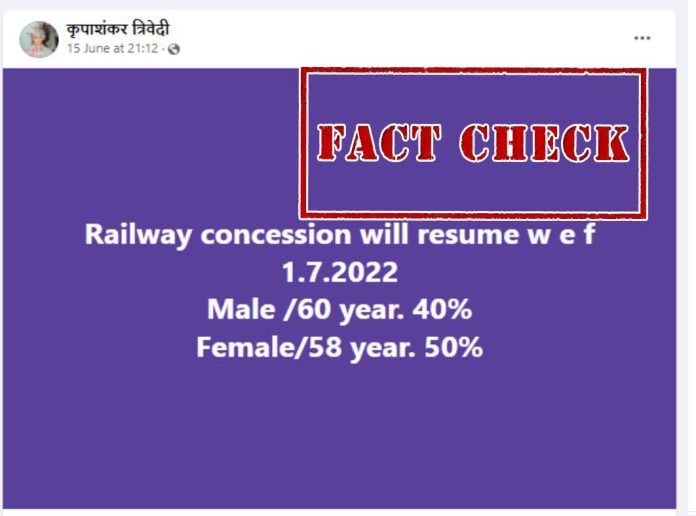 Many social media users are sharing a post, claiming that Indian Railways has resumed concession for senior citizens. According to the post, males above 60 years of age will be given a relaxation of 40% and women will get 50% on railway fares. 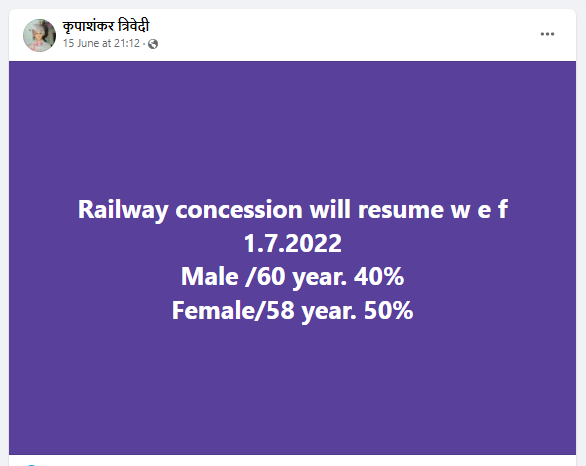 On searching with appropriate keywords, we found a report published by India.com on May 24, 2022. According to the report, Railway Minister Ashwini Vaishnaw had said that Indian Railways lifted concessions on ticket prices provided to senior citizens. The decision was taken as the Railways was already giving subsidy on train tickets. He stated that people were only charged ₹45 per ticket and the government had to pay ₹100 per ticket for operational costs. And the concession was suspended only for two years due to the Covid-19 pandemic. 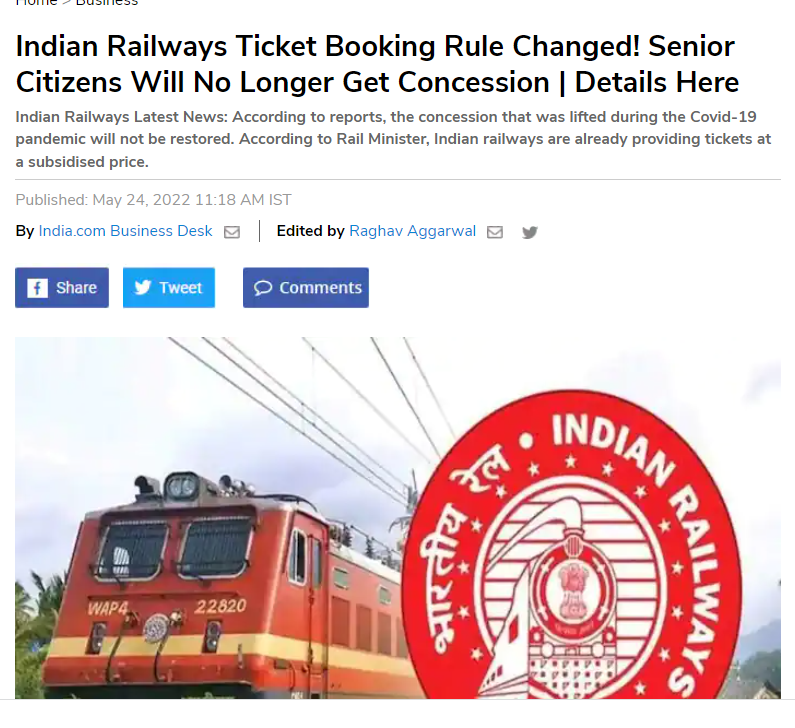 We also found that PIB Fact Check had refuted the viral claim, tweeting: “A #Fake media report is claiming that Indian Railways will resume concessions for senior citizens from July 1, 2022. No such announcement has been made by @RailMinIndia. Indian Railways is currently providing concessions only to divyangjans, patients and students.” 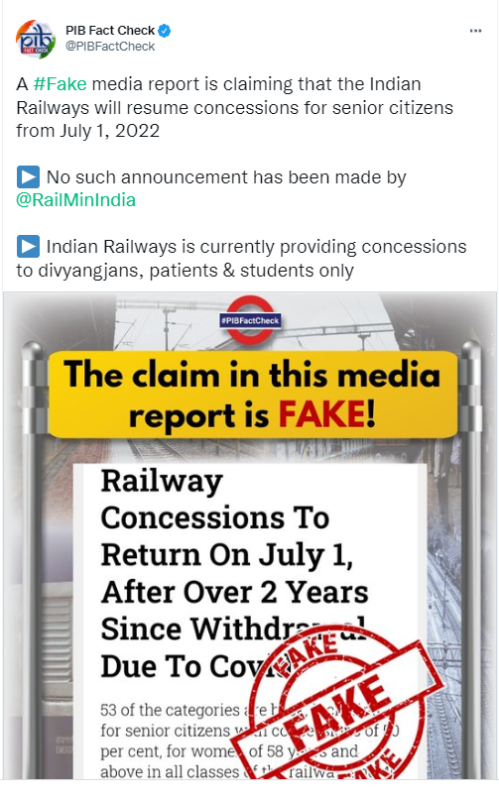 Hence. we can ascertain that the viral claim is fake.