Fact Check: The Image Of Protesters Burning Indian Flag Is NOT from India But Pakistan | Newsmobile
Saturday, August 13, 2022

Home Home Slider Fact Check: The Image Of Protesters Burning Indian Flag Is NOT from... 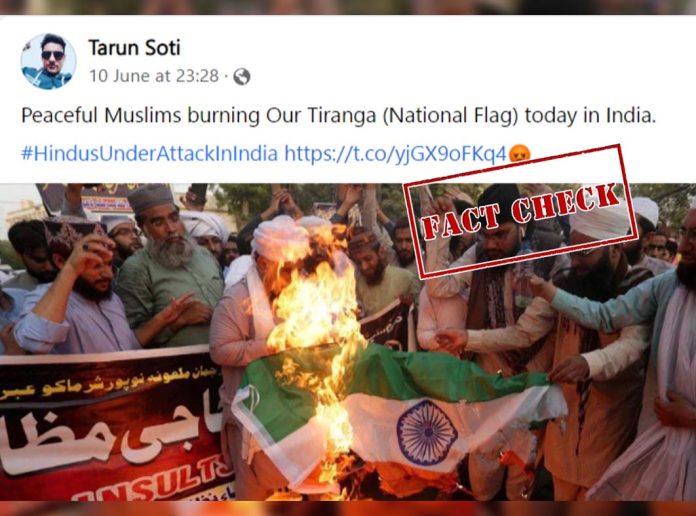 An image of a few people burning the Indian flag is being circulated on social media with a claim that it shows a protest in India over controversial remarks on the Prophet by Nupur Sharma. 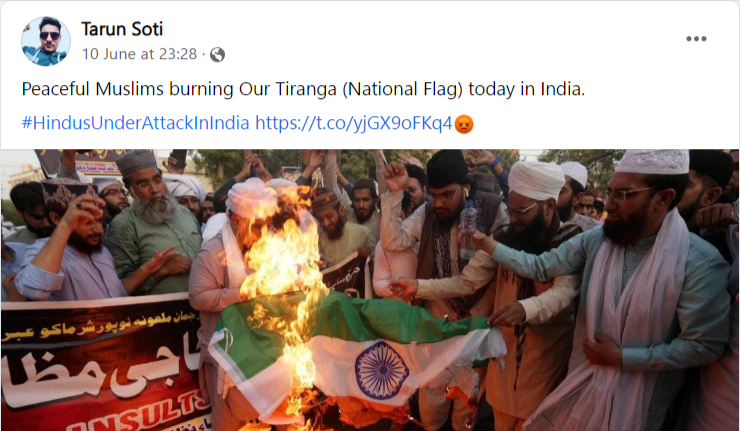 When NewsMobile fact-checked the post, it was found to be misleading.

We put the image through Reverse Image Search and found the same image in a report by ABC News. As per the report, the image is of a recent protest in Pakistan. 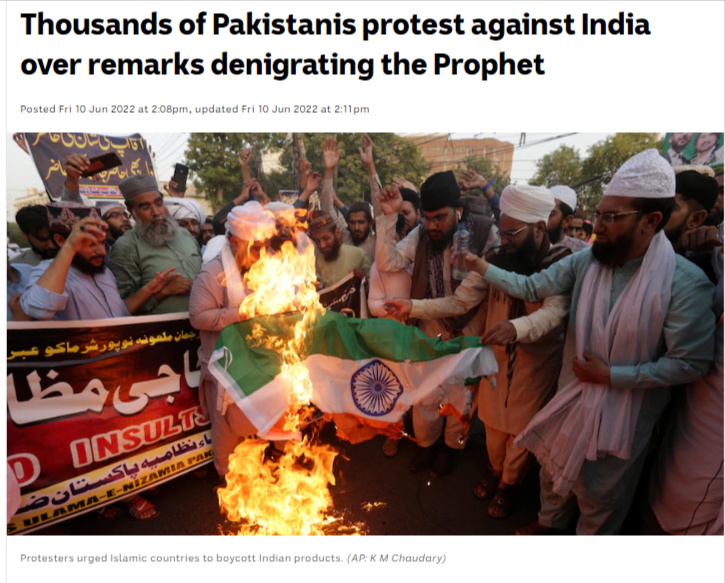 The same image was published by Al Jazeera, dated June 10, 2022, with the caption: “Protesters burning the Indian flag during a demonstration — to condemn the derogatory remarks by BJP members against Islam and Prophet Muhammad — in Lahore [K M Chaudary/AP]” 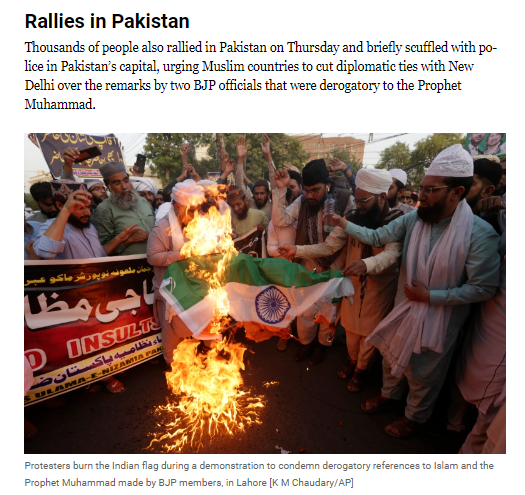 The same was also published by The Washington Post, dated June 9, 2022. We also found the original image on the Associated Press website, with the caption: “Supporters of religious groups burn a representation of Indian flag during a demonstration to condemn derogatory references to Islam and the Prophet Muhammad recently made by Nupur Sharma, a spokesperson of the governing Indian Hindu nationalist party, in Lahore, Pakistan, Thursday, June 9, 2022. (AP Photo/K.M. Chaudary)”

Hence, it is certain that the image is from Pakistan, NOT India, as being claimed in the viral post.