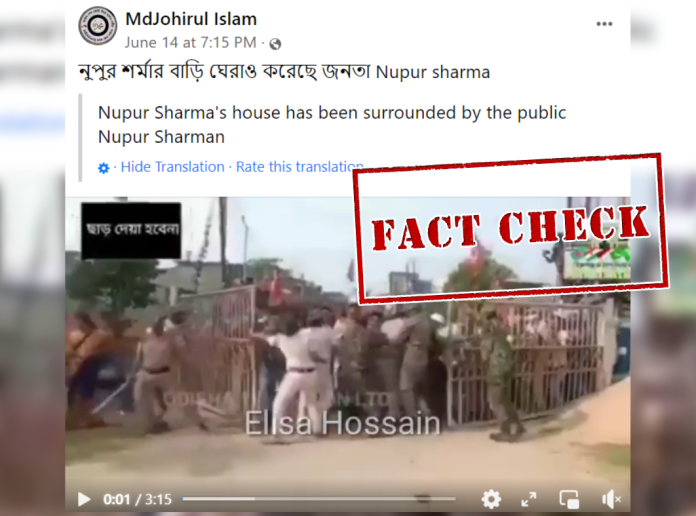 A video is being widely shared on social media, claiming that angry mobs have surrounded suspended BJP leader Nupur Sharma’s house for her controversial comments against the Prophet that led to international backlash. 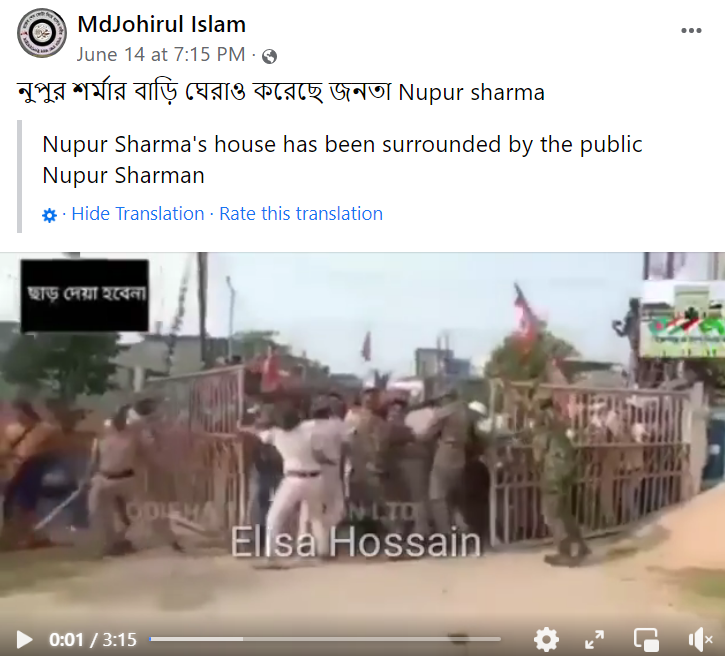 Using the InVid Tool, we extracted keyframes from the viral video and performed a Reverse Image Search. This search directed us to the YouTube channel of OTV, which carried the same viral video on January 6, 2022. The video description reads: “BJP workers and police clash outside the Bhadrak Collector office” 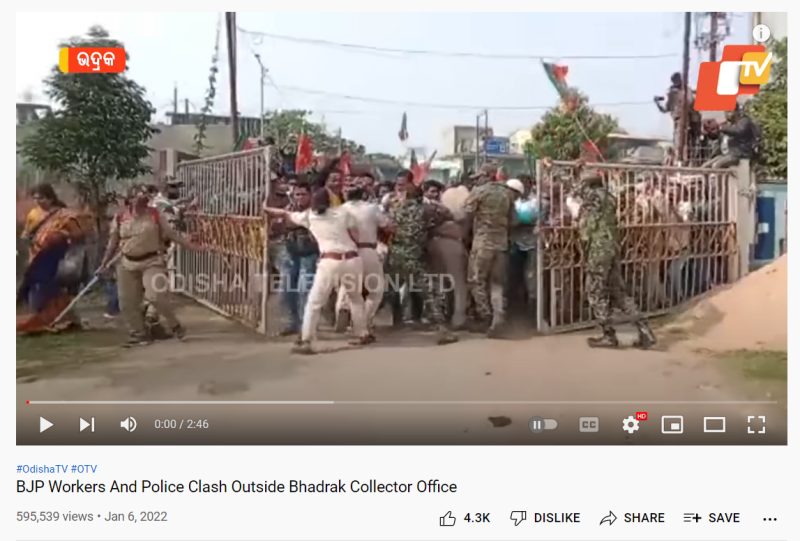 Taking a cue from this, we searched further and found the video uploaded by News 18 Odia on January 6, 2022, reporting the same incident. Odisha TV also reported the incident in January 2022.

We also found a tweet — dated January 6, 2022 — by OTV that carried a screengrab from the viral video. The text reads: “#BJP workers scuffle with police while barging into the office of Bhadrak Collector during their protest over the alleged neglect of the state government in implementing OBC reservation #Odisha.”

#BJP workers scuffle with police while barging into the office of Bhadrak Collector during their protest over alleged neglect of state govt in implementation of OBC reservation #Odisha pic.twitter.com/RYgw11CpzW

Thus, it is now clear that an old and unrelated video from Odisha is being falsely shared as an angry mob surrounded Nupur Sharma’s house, and the viral claim is false.