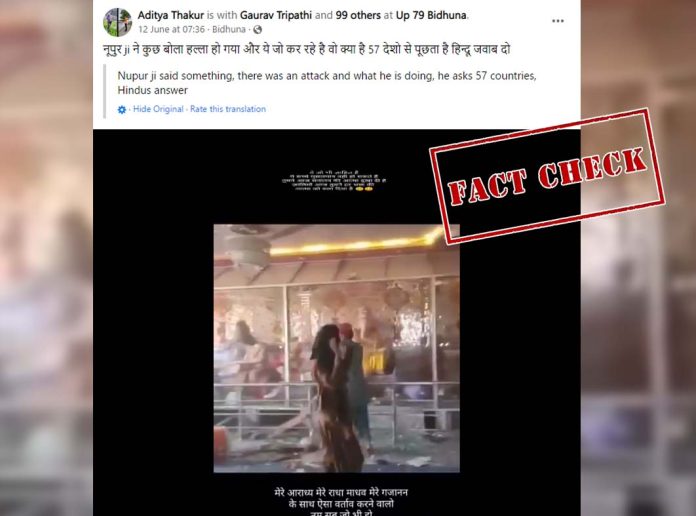 Amid the ongoing row over controversial remarks on Prophet Mohammad by suspended BJP spokesperson Nupur Sharma, a video of a mob vandalising a temple is being shared on social media.

(English Translation: Nupur Sharma ji said something and there was an uproar and tell me what is happening in 57 countries) 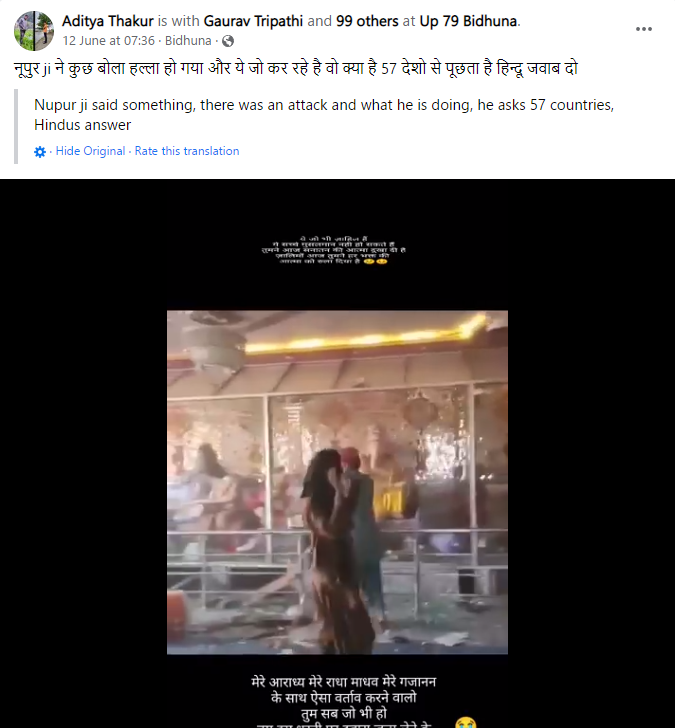 Using the InVid Tool, we extracted keyframes from the video and performed a Reverse Image Search. The search directed us to a news report published by The Times of India on August 5, 2021, that carried the same visuals. According to the report, “A frenzied mob attacked a Hindu temple in Bhong city in Rahim Yar Khan district of Pakistan.” 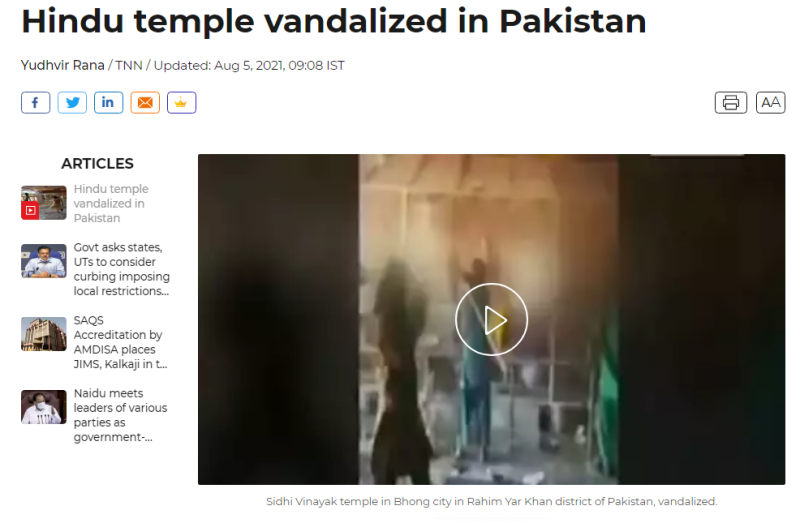 After the incident went viral in 2021, then Pakistan’s Prime Minister Imran Khan’s office ordered an investigation into the vandalism of a Hindu temple.

NewsMobile debunked the same video in March 2022 when it was shared as a temple being vandalised in Bangladesh.

Hence, we can conclude that the video is old and is being shared with a misleading claim.