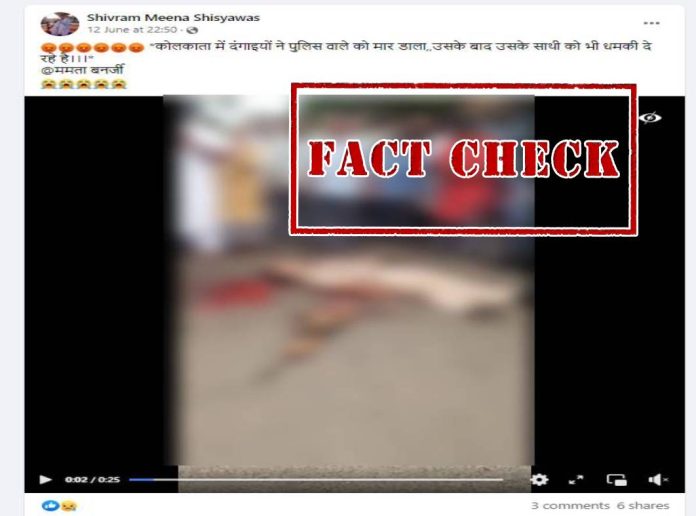 After former BJP spokesperson Nupur Sharma’s controversial remarks on Prophet Muhammad, protests have erupted across the country. In the above context, a video is being widely shared on social media in which a crowd can be seen in front of a dead cop. The caption associated with the video says that rioters killed him in West Bengal. 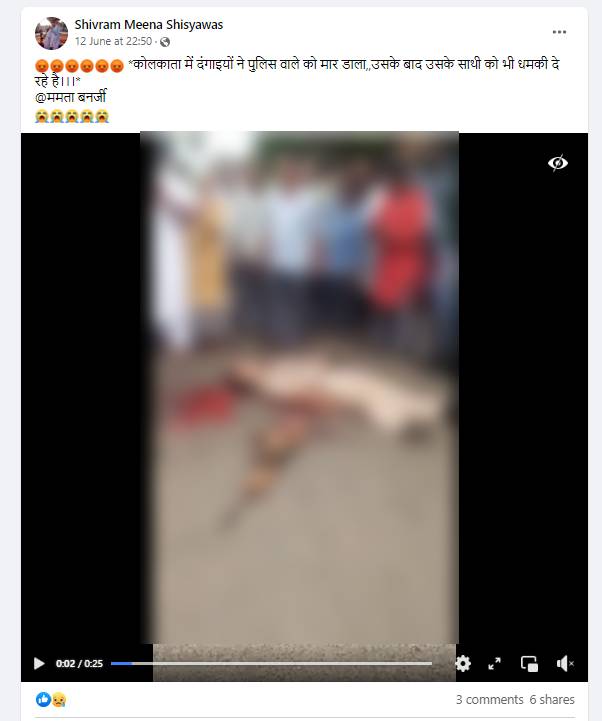 On searching with appropriate keywords, we found a YouTube video published by NDTV on June 10, 2022. The description associated with the video read, “A police constable posted at the Bangladesh Deputy High Commission in Kolkata fired multiple rounds before shooting himself dead today. A woman who was hit in the firing reportedly died.” 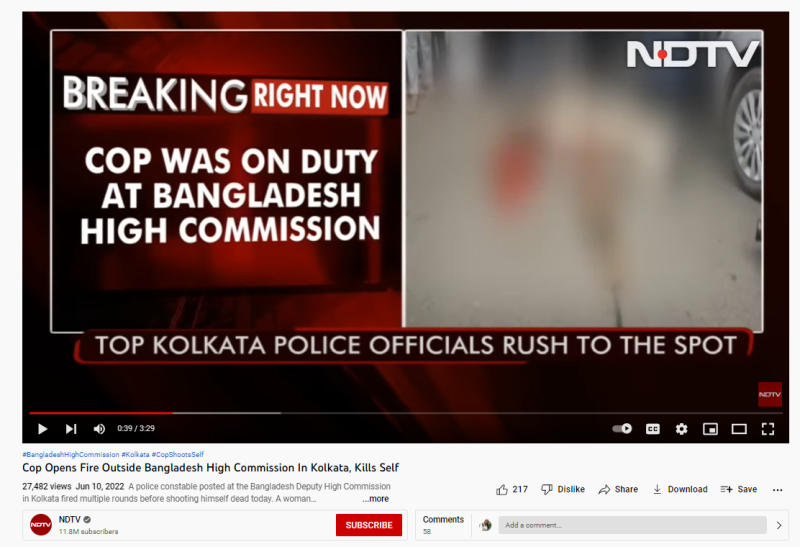 The report was also published by Indian Express. According to the report, “A police constable in his late 20s, posted at the office of the deputy high commissioner, opened fire indiscriminately from his rifle on Friday afternoon killing a woman riding pillion. Later, he died by suicide by shooting himself. What prompted the policeman identified as Chodup Lepcha to open fire is yet to be ascertained.”

Hence, we can ascertain that the viral claim is false.