As many as 340 train services were affected on Friday due to youth’s agitation against the recently launched Agnipath recruitment scheme.

The Agnipath Scheme was launched by the Union Defence Ministry on Tuesday with the intent to enable a youthful profile of the Armed Forces and provide a fresh lease of ‘Josh’ and ‘Jazba’ whilst at the same time bringing about a transformational shift towards a more tech-savvy Armed Forces.

The Railways have also decided to divert the route of 11 Mail Express trains for tomorrow.

Apart from this, another train Bhagat Ki Kothi Kamakhya Express, bearing the number 15623, which was earlier scheduled to start its journey on June 21 has also been cancelled.

During the protest, which remained active for a third day today, several trains in Bihar, Uttar Pradesh, and Telangana were vandalised and torched by the agitators demanding immediate withdrawal of the recruitment scheme.

Several protestors in Hyderabad set ablaze 4-5 train engines and 2-3 coaches. Divisional Railway Manager at Secunderabad railway station, AK Gupta, however, ensured that they will analyse the extent of the damage. 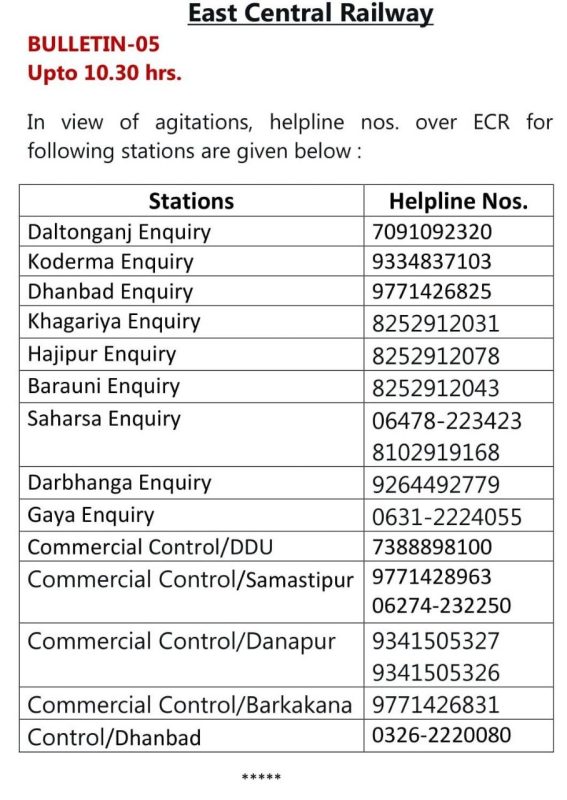