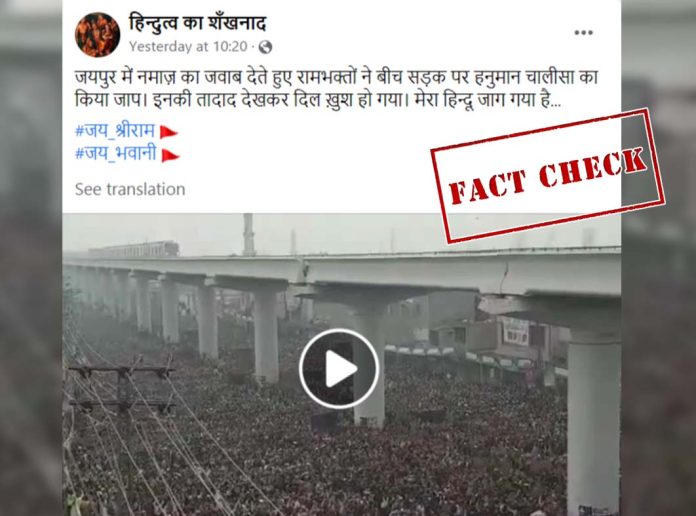 A video has surfaced on social media platforms showing a huge crowd with a claim that the video shows a crowd chanting Hanuman Chalisa in the middle of the road in Jaipur.

(Translation: Ram devotees chanted Hanuman Chalisa in the middle of the road in response to namaz being read aloud in Jaipur. My heart became happy to see their number. My Hindu has woken up…) 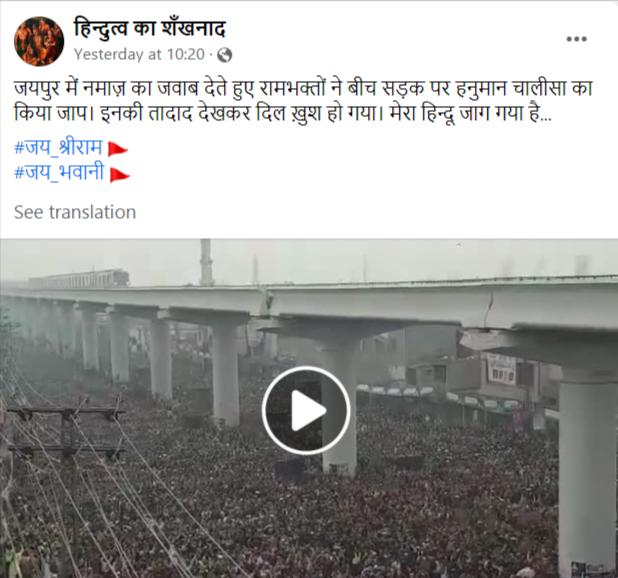 NewsMobile fact-checked the video and found that it had been shared with a false claim.

With the help of Reverse Image Search using the keyframes, we found the same video uploaded on a YouTube channel on January 4, 2021, with the caption, “Allama Khadim Hussain Rizvi Chehlum | TLP Chehlum 2021.” As per the YouTube video, the visuals are from Lahore, Pakistan. 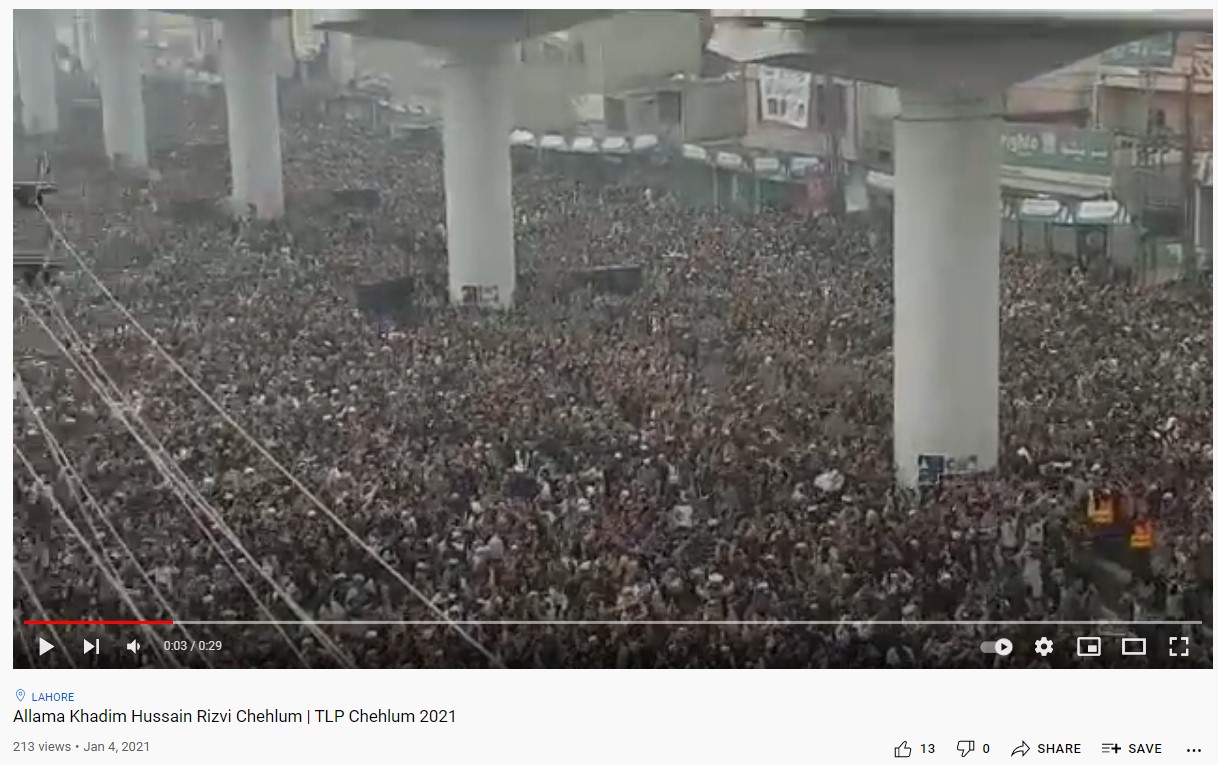 On checking further with relevant keywords, we found that the chief of Tehreek-e-Labbaik Pakistan (TLP), Khadim Hussain Rizvi passed away on November 19, 2020. His Chehlum, which is a religious observance in Islam held 40 days after the death of a person, was observed on January 3, 2021, near Mosque Rehmatul Lil Alameen at Multan Road’s Battery Stop in Lahore. It was attended by thousands of people in Pakistan, which can be seen in the viral video. 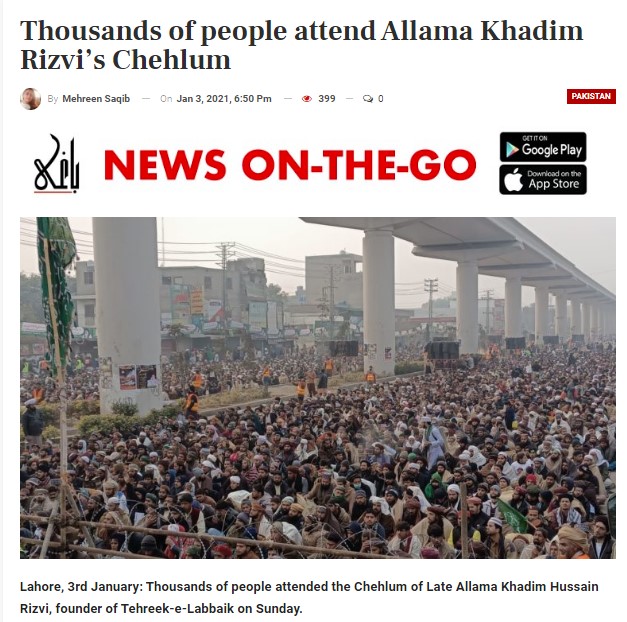 NewsMobile debunked the same video in November 2021, which was shared as a protest in Mumbai against Tripura violence.

Thus it is clear that the viral video is old and is NOT from India. Hence, it can be concluded that the video is being shared with a false claim.