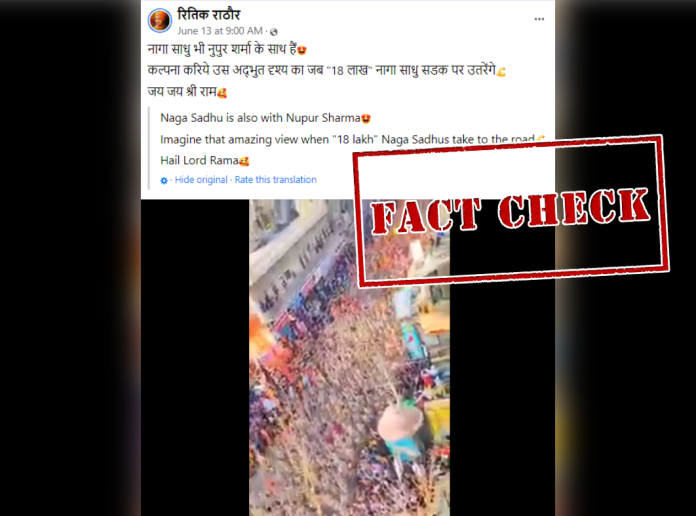 Following the row over the controversial remarks on Prophet Mohammad by now-suspended BJP spokesperson Nupur Sharma, a video is being widely shared on social media claiming that it shows Naga Sadhus taking out a rally in support of Nupur Sharma. 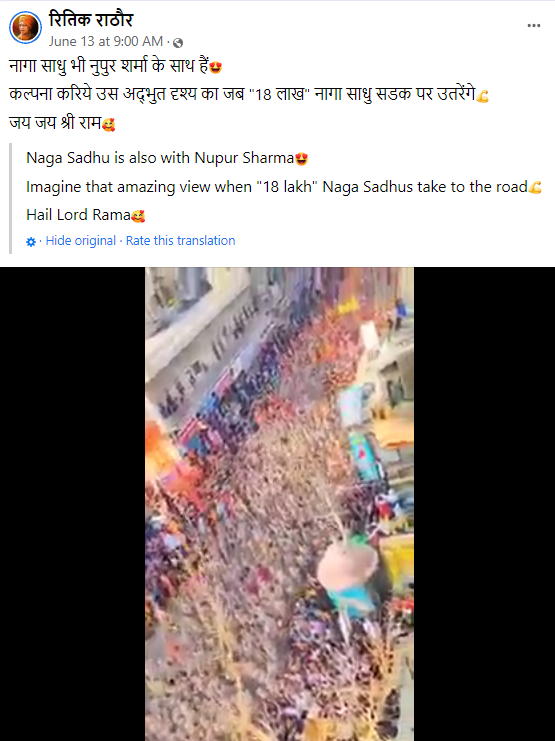 When NewsMobile fact-checked the above claim, it was found to be MISLEADING.

Using the InVid Tool, we extracted keyframes from the viral video and performed a Reverse Image Search. This search directed us to a YouTube channel that carried the same viral video on April 7, 2021. 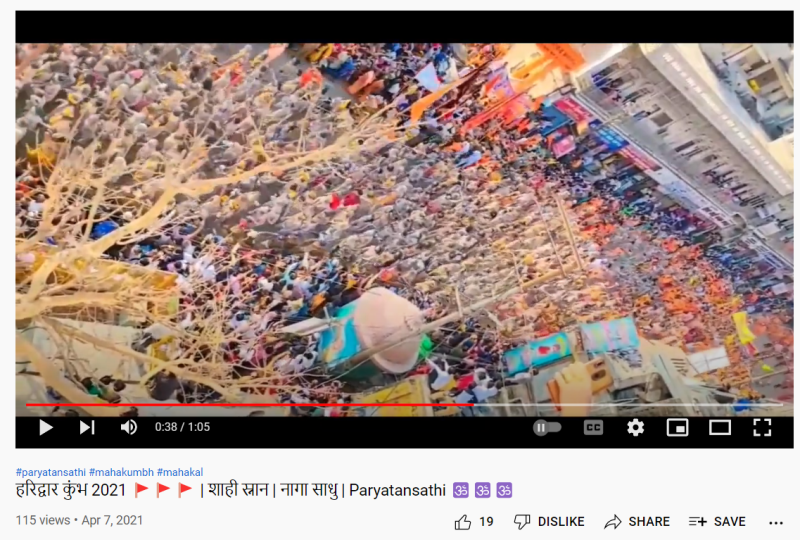 On a Facebook page — Kumbh Mela 2021, Haridwar, we discovered a four-minute version of the video. The video was uploaded on March 11, 2021, with the description: “This is the first Shahi Snan.”

We then compared the viral video with the above Facebook video uploaded in 2021, and found that it was shot at the same location. 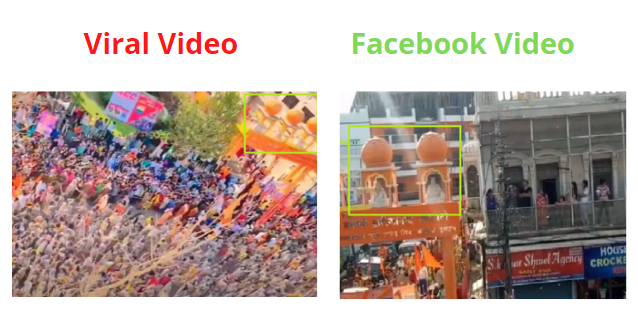 After that, we geolocated the stores around the temple, which you can see here and here. We discovered that the video was recorded in Haridwar on the Jwalapur Railway Station Road and Birla Ghat. A comparison of the shops seen in the viral film and the photographs accessible on Google Maps is shown below.

Thus, it is evident from the above information that the viral image is old and not related to the recent controversy over Prophet’s remarks. Therefore, the viral claim is misleading.