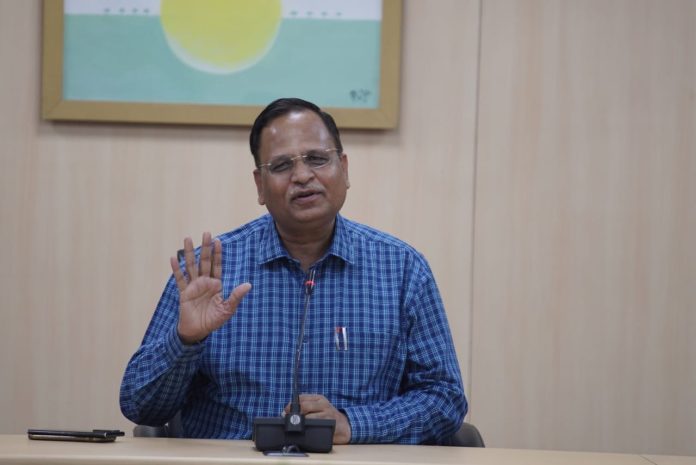 New Delhi: The Central Bureau of Investigation (CBI) court on Tuesday reserved orders on the bail plea of Delhi Health Minister Satyendar Jain in connection with the money laundering case.

The counsel representing Jain said that “no case of money laundering is made out against him.” The prosecution said that there are threats to the witnesses involved in the case. He further added that he can influence the witnesses.

Special CBI Judge Geetanjali Goel reserved orders after a long hearing on Tuesday. The court is likely to pronounce orders on 18th June.

Senior advocate N.Hariharan on behalf of Satyendar Jain said that “There is no possibility of Jain’s running away. He went out of India during the investigation and came back. There is no possibility of tampering with the evidence. And lastly, there is no complaint of threats to witnesses. Agency has registered the statement of witnesses. He also had appeared before ED 7 times and his statements were recorded.”