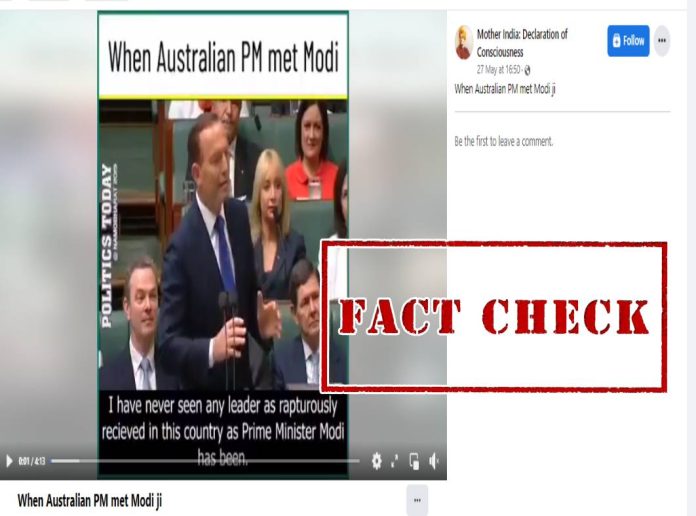 A video of Prime Minister Narendra Modi is circulating on social media, in which he is seen giving a speech in the Australian Parliament. The video is shared with a caption claiming that PM Modi giving a speech after Anthony Albanese became the PM of Australia.

The video is shared with a caption: “When Australian PM met Modi ji.”

On searching with the keywords, “Australia Parliament, Modi”, we found it uploaded by DD News on November 18, 2014, with a caption: “PM Narendra Modi on Tuesday addressed the Australian Parliament. Here is his full speech.” 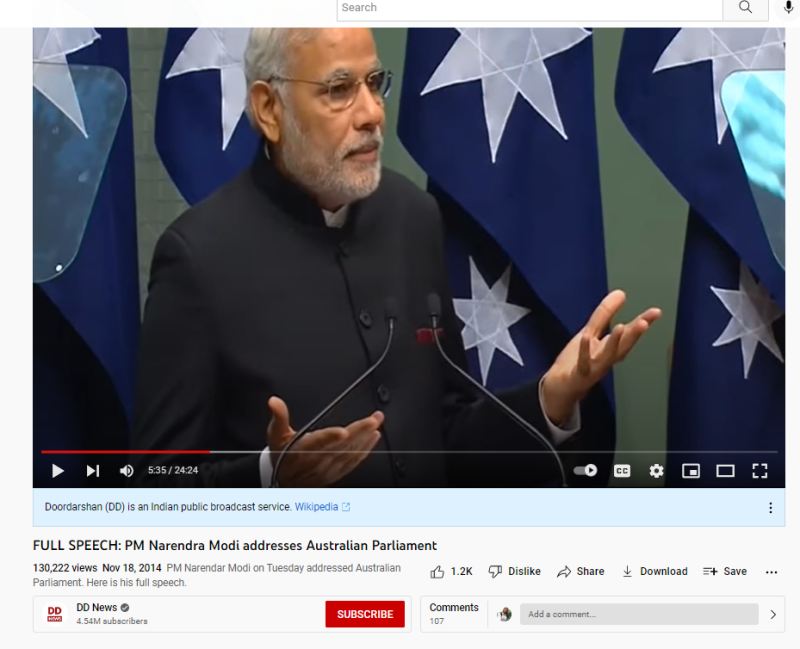 The full version of the video was also uploaded on the official YouTube channel of Narendra Modi on November 18, 2014, with a title: “PM Modi at the Australian Parliament in Canberra.” 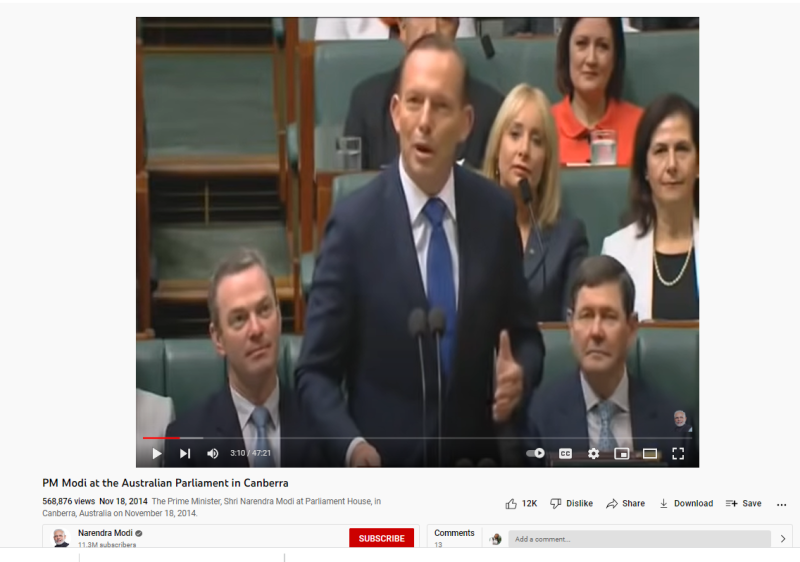 We also found an article published by The Economic Times on November 13, 2014. The report reads: “In the first trip to Australia by an Indian Prime Minister in 28 years, Narendra Modi will engage with his counterpart Tony Abbott to boost trade, investment, energy and security partnership, and look for avenues to remove red tape that investors face in the two countries.”

Hence, we can ascertain that the viral video is old and is shared with a misleading claim. 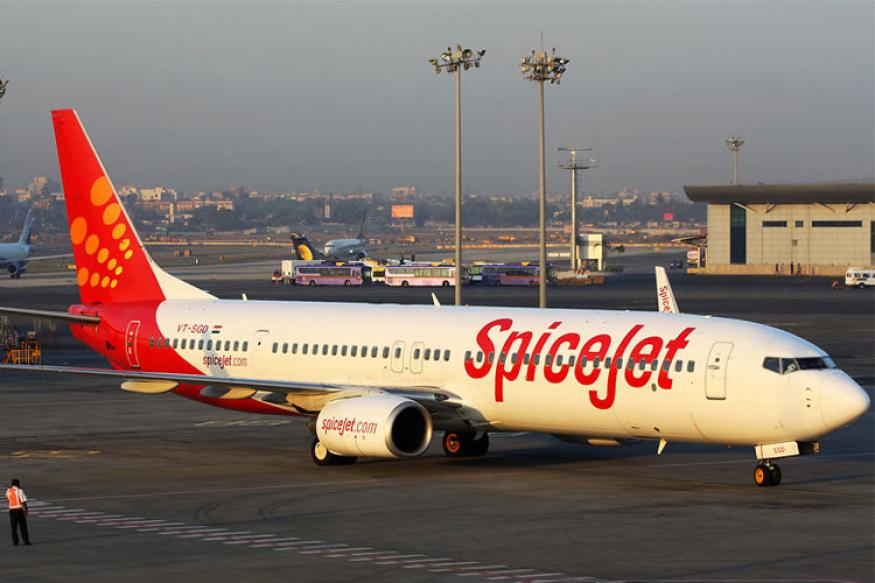