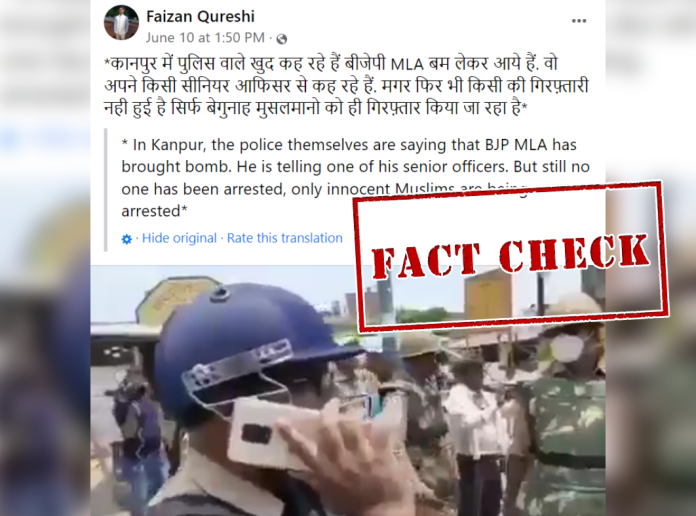 Following the violent protests in Kanpur over the controversial remarks by suspended BJP leader Nupur Sharma, a video is being widely shared on social media, claiming that Uttar Pradesh police are blaming the BJP government for inciting the recent violence in Kanpur.

In the viral video, the police personnel can be seen talking on phone, saying: “BJP leaders along with the MLA have come with bombs”. 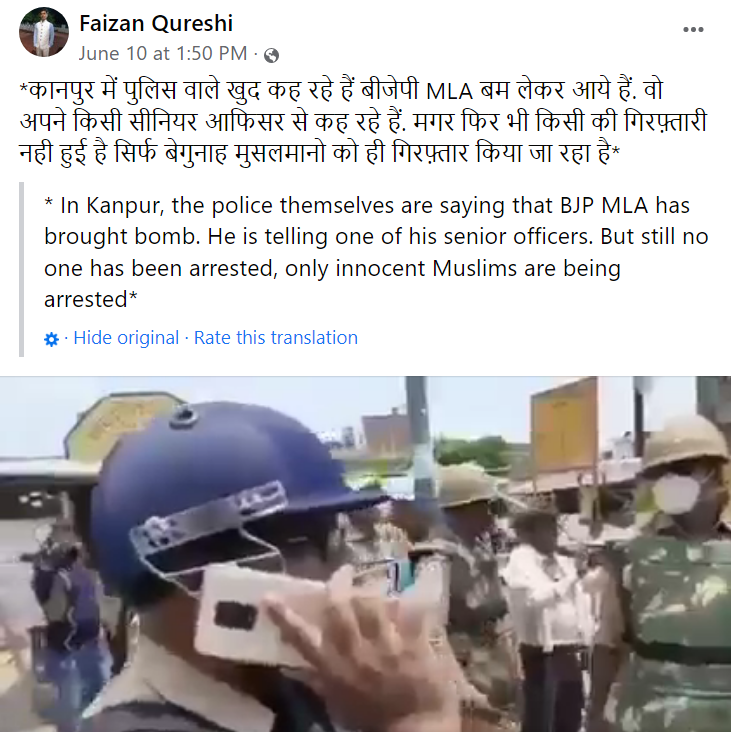 The video is being widely shared on Facebook with similar claims.

Using the InVid Tool we extracted keyframes from the viral video and performed a Reverse Image Search with relevant keywords. This search directed us to a news report published by NDTV India on July 10, 2021, which carried the same viral video. 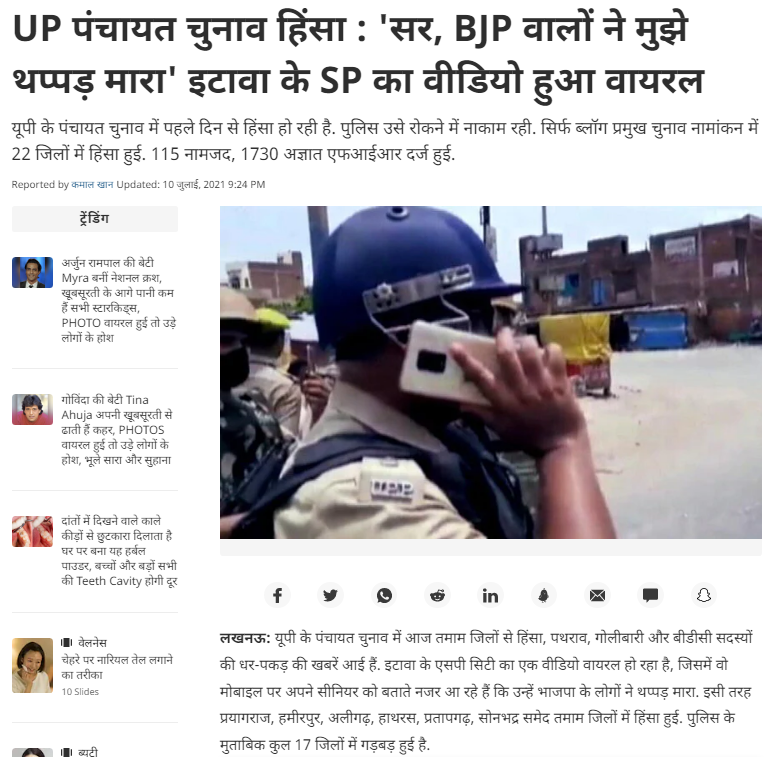 According to the report, during the Uttar Pradesh panchayat elections, a video of the Etawah City SP went viral, in which he was heard complaining to his senior over the phone that BJP leaders had slapped him and had come with explosives.

Taking a cue from this, we found the same viral uploaded on the official YouTube channel of MOJO STORY on July 10, 2021. The video description reads: “During the counting of Uttar Pradesh’s Block Pramukh elections, SP City of Etawah district was allegedly slapped. SP City was caught on camera talking on a phone call and saying he has been slapped and the mob came with stones and bombs. He reportedly said that the BJP MLA and district president were leading the mob. Reports of violence came in from various districts of Uttar Pradesh, leading to a situation of mayhem and chaos.” Here is another news channel that carried the same viral video in July last year.

The incident was widely reported by mainstream media in July 2021 as well. 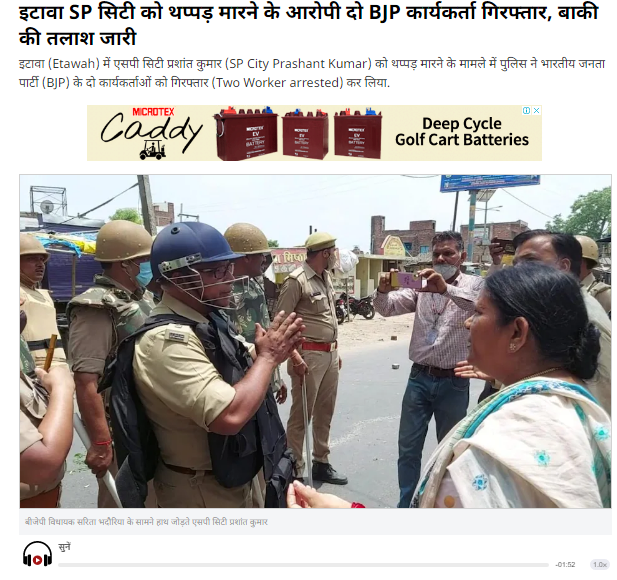 Thus, it is evident from the above information that an old video from Etawah is being falsely linked to the recent Kanpur violence.