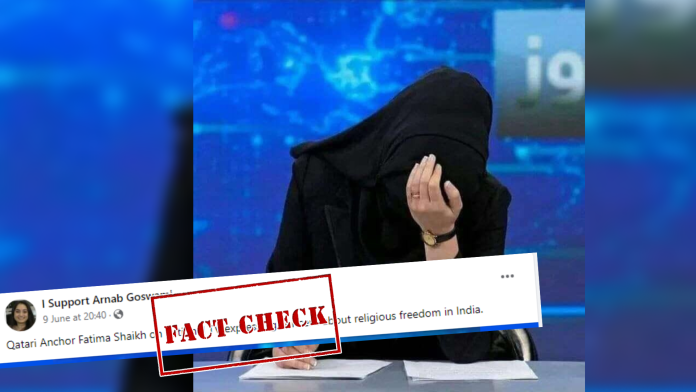 Days after Qatar condemned the controversial remarks on Prophet Mohammad by the suspended BJP members, a picture has surfaced on the Internet in which a burka-clad woman is seen in what seems like a TV studio.

The caption with the picture suggests that the woman in-the-frame is a Qatar news anchor named Fatima Shaikh, reporting on religious freedom in India. 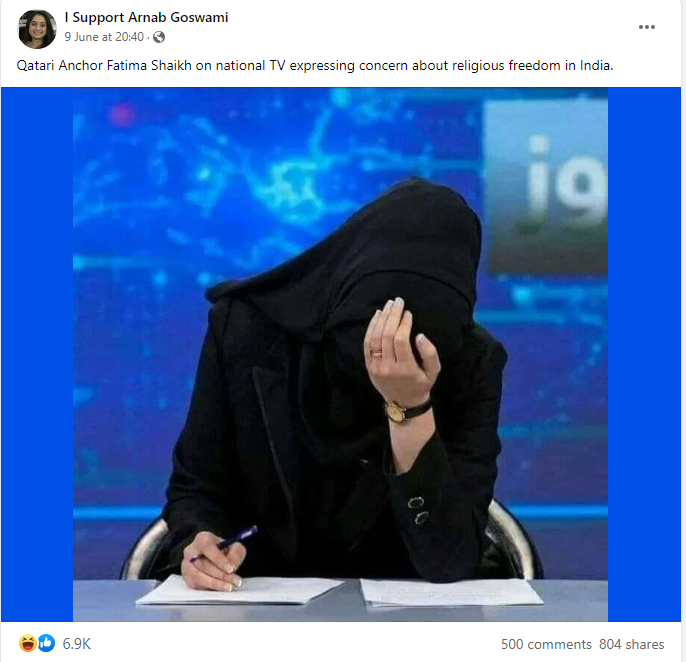 NewsMobile fact-checked the above picture, and found it to be false.

On putting the picture through Google Reverse Image Search, we came across several news reports, dated May 2022, featuring the same image. These reports can be seen here, here and here.

In the full image, we noticed the cup of TOLO News, which is an Afghan news channel. 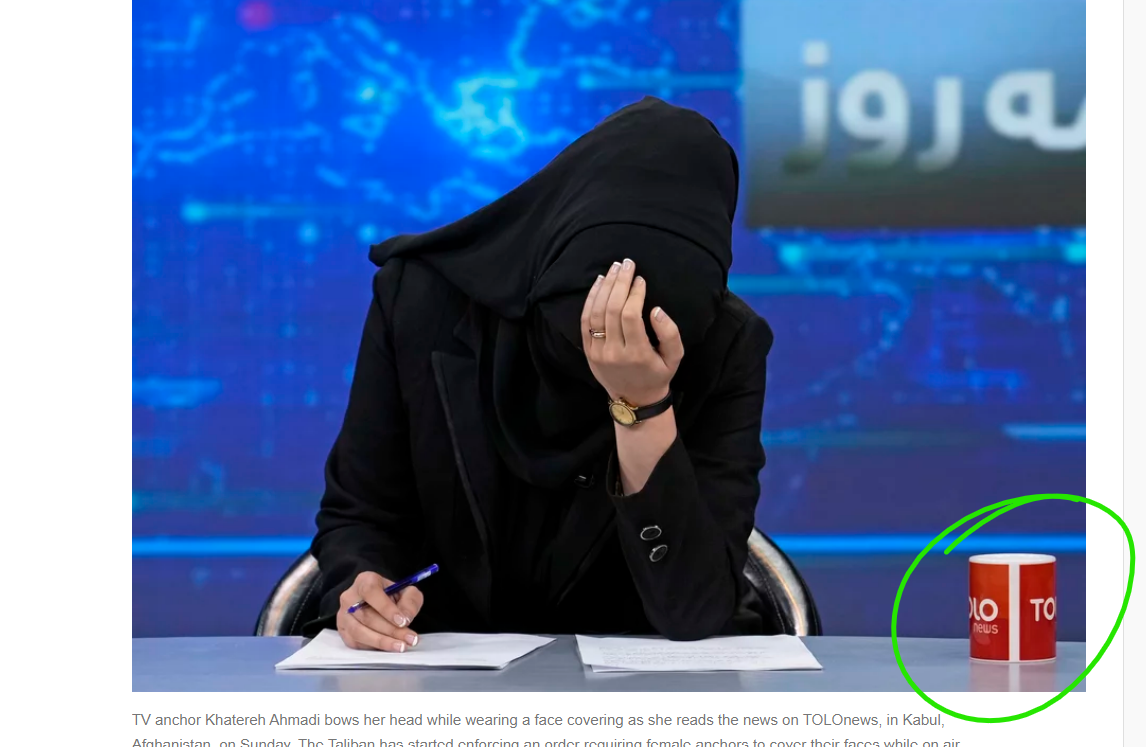 In the caption, the picture was credited to Associated Press (AP), suggesting that the woman in the picture is TV anchor Khatereh Ahmadi of TOLOnews.

The caption reads: “TV anchor Khatereh Ahmadi bows her head while wearing a face-covering as she reads the news on TOLO NEWS, in Kabul, Afghanistan.”

We further found the picture on the official website of AP, which confirmed that the picture was taken on May 22, 2022 in Kabul, capital of Afghanistan and the woman in the picture is Khatereh Ahmadi, not Qatari Anchor Fatima Shaikh.

In conclusion, it is proved that the May 2022 picture has been re-shared with misleading claims.