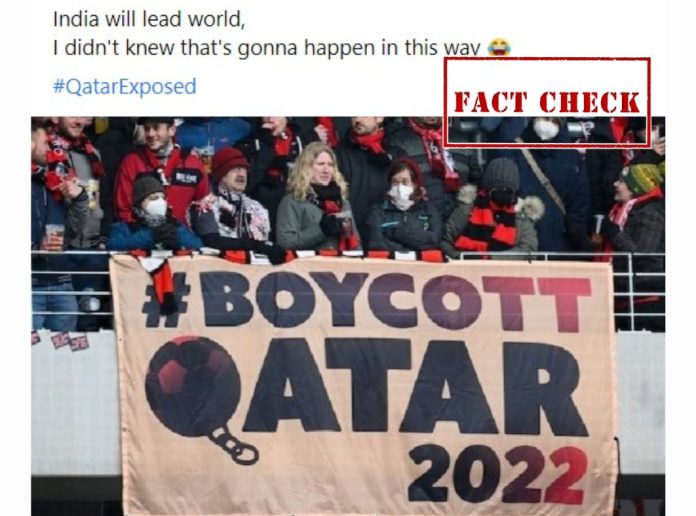 Amid the ongoing protest against former BJP spokesperson Nupur Sharma’s derogatory remarks on the Prophet Mohammad, Qatar had recently sought a response from the Indian government. In relation to this, an image has surfaced on social media platforms showing some people with a banner calling for ‘#BoycottQatar2022.’

A Facebook user shared the image with the caption: “India will lead the world, I didn’t know that’s gonna happen in this way #QatarExposed.” 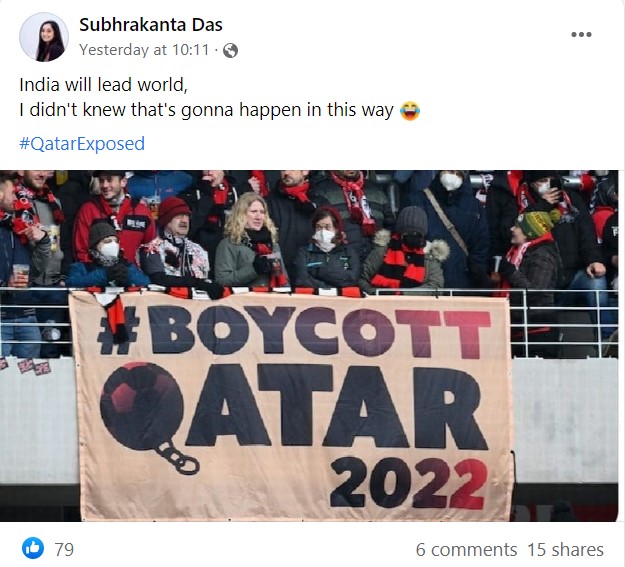 NewsMobile fact-checked the viral image, and found it to be shared with a false claim.

On performing Reverse Image Search, we found the same image carried in an article by ‘The Telegraph, dated April 7, 2022.

The caption with the image reads: “The Qatar World Cup has been criticised, with football fans, including some in Germany, calling for a boycott of the tournament CREDIT: GETTY IMAGES.” 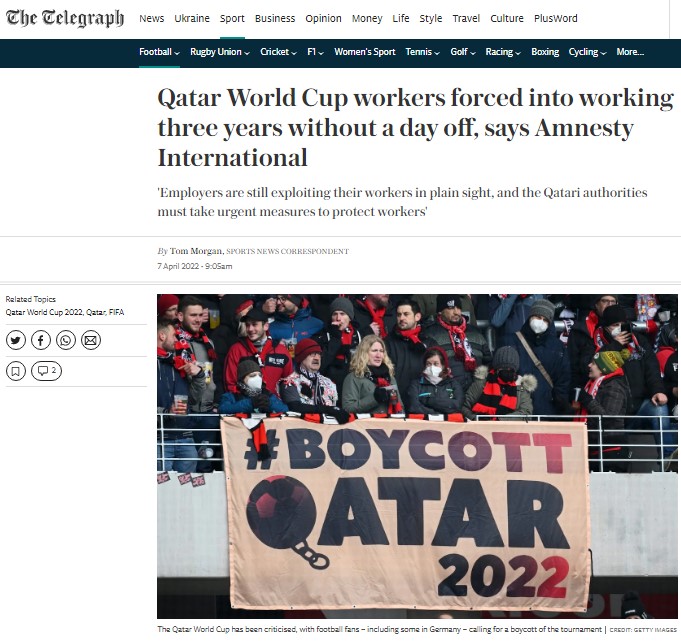 We also found the same image on the stock images website Getty Images. The description with the image says: “FREIBURG IM BREISGAU, GERMANY – APRIL 02: Fans of Freiburg display a banner about boycotting the FIFA World Cup 2022 in Qatar, prior to the Bundesliga match between Sport-Club Freiburg and FC Bayern München at Europa-Park Stadion on April 02, 2022 in Freiburg im Breisgau, Germany.” (Photo by Matthias Hangst/Getty Images)

Therefore, with the above information, we can conclude that the viral image has no relation with the ongoing row over the BJP spokesperson’s remarks.