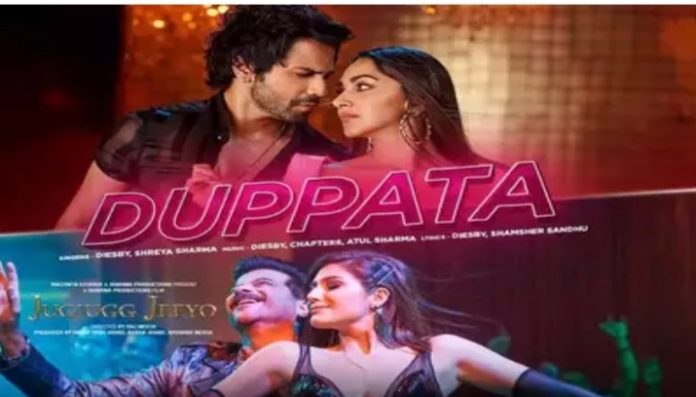 Dupatta song was released on Sunday from the upcoming multistarrer Jug Jugg Jeeyo. The song is remake of the Punjabi song ‘Dupatta Tera Satrang Da.’

The video was shared by Kiara Advani, Varun Dhawan and Karan Johar on Instagram. The song features Kiara, Varun, Anil Kapoor and Manish Paul. It has been created in party type.

The song goes on trending as it receives love from the people. Varun Dhawan’s dancing skills gets appreciation. Fans commented on the song like, “Super excited” while another fan commented, “@varundvn loved the vibe.”

Even both the actors Kiara and Varun get praised by their friends for their performances which they shared on their stories. Recently, the team had gone for an event at Thane Korum Mall for the promotion of the film Jug Jugg Jeeyo coming on June 24. Stars thanked their fans for their full support to the film.