Who Will Be The Next President? One Thing Is Certain It Will Be Modi’s Choice | Newsmobile
Wednesday, August 17, 2022

Home Home Slider Who Will Be The Next President? One Thing Is Certain It Will... 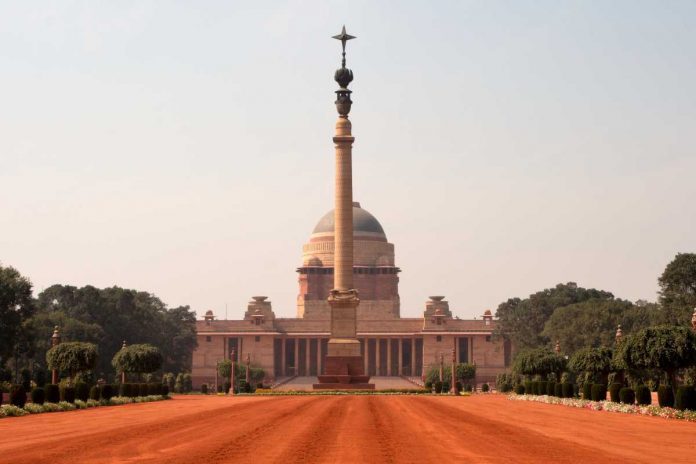 The election for the next President of India will take place on July 18 as the term of BJP’s first own President Ram Nath Kovind comes to an end on July 24 and the new one will take oath on July 25.

Just before June 15 when the nomination of candidates opens, Prime Minister Narendra Modi will come up with a name of a person whom he trusts a lot but also sends a very strong political message of social empowerment.

Modi’s choice is a crucial one. Whoever is chosen by Modi will play a key role In deciding who will be called to form the government after the 2024 Lok Sabha polls if there are no clear winners.

So Modi will pick the candidate very carefully among the probables that he has already drawn up in consultations with top BJP leaders as well as the RSS and the allies of the ruling National Democratic Alliance (NDA).

Modi’s chosen one is likely to be a leader who represents a very weaker section or a neglected region. It could also be a person who hails from hitherto unrepresented communities in the highest office.

That is why there is a strong possibility that Modi may pick a tribal or woman face from among the current lot of governors or political/eminent personalities from the South or North-East.

The chance of Kovind being renominated is a very remote possibility. Besides, no President, except for Rajendra Prasad, has got two full terms. In fact, Prasad stayed in office for the longest term of around 12 years– from January 26, 1950, to May 13, 1962.

But one thing is for sure. Modi’s pick will be the winner. The reason: the BJP-led NDA commands 5.26 lakh votes out of 10.86 lakh in the electoral college, which comprises elected members of the Lok Sabha, Rajya Sabha and the state legislatures.

True, it won’t be like the 2017 victory of Kovind who got more than two-thirds of the votes. The BJP is roughly short of the required majority mark by a little less than 20,000 votes.

What gives an edge to Modi and NDA?

This time, in terms of percentage, the NDA has 48% of the votes (including BJP 42% and allies 6%). That is why the top BJP leadership is talking to Odisha Chief Minister Naveen Patnaik’s BJD, which has 31,686 votes in this election.

Similarly, Modi’s emissaries are in touch with Andhra Pradesh CM YS Jagan Mohan Reddy’s YSRCP (43,450 votes) and the AIADMK, which have 15,640 votes. These parties can ensure victory for Modi’s candidate.

Nevertheless, Congress chief Sonia Gandhi initiated the move for putting up a common opposition candidate against Modi’s choice. Even regional leaders like West Bengal Chief Minister Mamata Banerjee and Telangana K Chandrasekhar Rao have met other fellow leaders to work on a strategy because they believe that the NDA does not command the complete half of the vote in the electoral college. Can Sonia and other regional leaders come to a pact? Rather, it is doubtful–because of absence of chemistry between the leaders.

Understanding the election of the President of India

The system envisages proportional representation utilising a single transferable vote system and secret ballots. The value of each vote based on the population is also predetermined for an MLA vote.

What is giving advantage to the BJP is that it won the 2019 Lok Sabha elections with an impressive number of MPs. The BJP on its own has 392 MPs, excluding four nominated Rajya Sabha members who cannot vote, out of the current strength of 772 members from both Houses.

In 2022, the BJP also won the assembly polls in Uttar Pradesh, Uttarakhand, Manipur and Goa. It is in power in Madhya Pradesh, Karnataka, Bihar and Assam. The Shiv Sena and the Akali Dal are no longer its allies. But the BJP’s numerical advantage in Parliament gives it the edge.

Of course, all eyes are on Bihar CM Nitish Kumar. In 2012 and 2017, Nitish Kumar had taken a divergent line from his allies. In 2012, Nitish supported veteran Congress leader Pranab Mukherjee over former Lok Sabha Speaker PA Sangma, who was a joint candidate of the NDA, BJD and the AIADMK. He had then ditched the BJP and favoured the Congress nominee. Though an ally of the BJP, the Shiv Sena too supported Pranab Mukherjee who went on to become the 13th President of India.

In 2017, though Nitish Kumar was was leading a coalition government in Bihar with the Rashtriya Janata Dal (RJD) of Lalu Prasad and the Congress being his junior partners, he supported NDA’s Ram Nath Kovind, a Dalit and then Bihar Governor.

One more thing. The presidential election will be the second in which MLAs of J&K cannot participate because its assembly was dissolved. The Lok Sabha MPs from J&K and Ladakh will vote. In 1992, when Shankar Dayal Sharma was elected as India’s ninth President, the state of J&K was under its longest President’s Rule–from 1990 to 1996. J&K, which is a Union Territory today, is under the President’s Rule from 2019. Eighty-seven MLA seats and four Rajya Sabha seats from the state remain vacant.