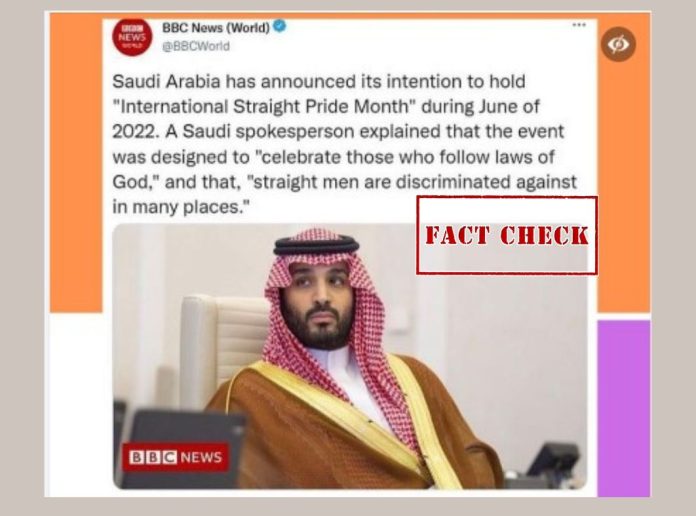 During the ongoing pride month celebrations across various countries in June, a purported tweet by BBC is doing the rounds on social media with the claim that Saudi Arabia will hold ‘International Straight Pride Month’ in June 2022.

A Facebook user shared the image with the caption: 665 NEWS BBC News (World ) GOALD @BBCWorld Saudi Arabia has announced its intention to hold “International Straight Pride Month” during June 2022. A Saudi spokesperson explained that the event was designed to “celebrate those who follow laws of God,” and that, “straight men are discriminated against in many places”. Credit BBC NEWS (sic) 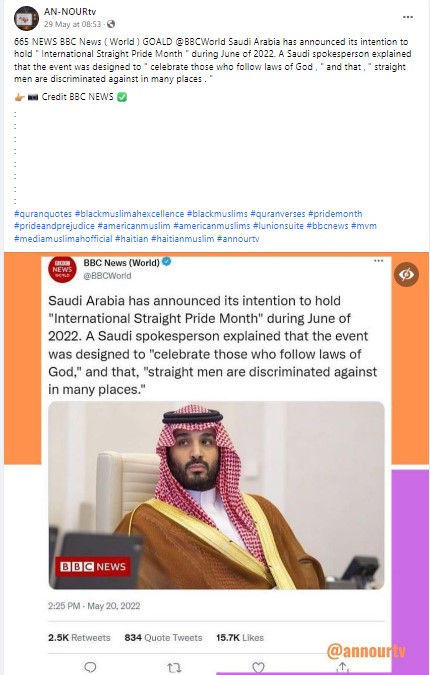 When NewsMobile fact-checked the viral claim, it was found to be false.

We performed relevant keyword searches on Google, but did not find any credible media report on Saudi Arabia celebrating  ‘International Straight Pride Month’ in June 2022.

On further checking, we found the same image in America’s best pics & video, a website that features memes.

“America’s best pics and videos is an application with funny pictures and videos. Our smart algorithms choose 300 funniest memes every day for your good mood,” reads its Google Play description. 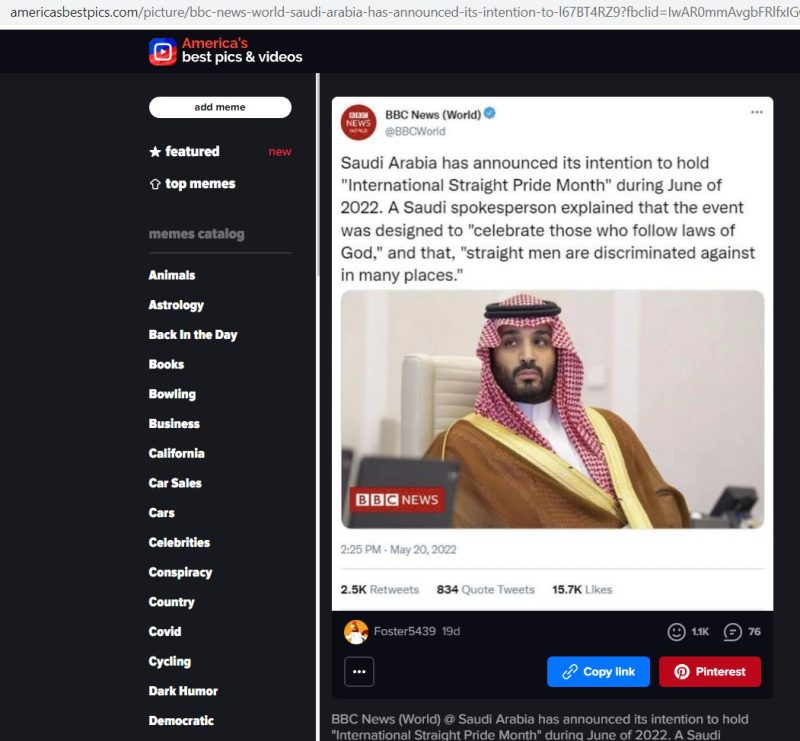 Therefore, with the above information, we conclude that the viral purported tweet by BBC is fake.