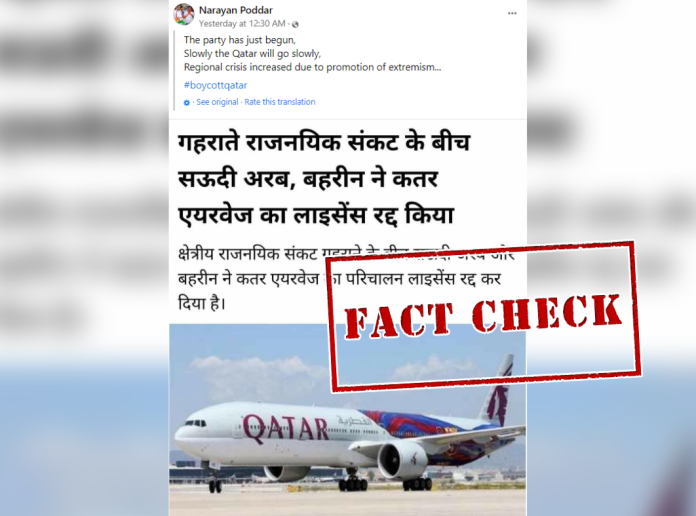 After some Islamic countries, including Qatar, expressed their disappointment with India over the controversial statement made by suspended BJP leader Nupur Sharma, a screenshot of a news article is being widely shared on social media, claiming that Saudi Arabia and Bahrain have cancelled the licence of Qatar Airways. 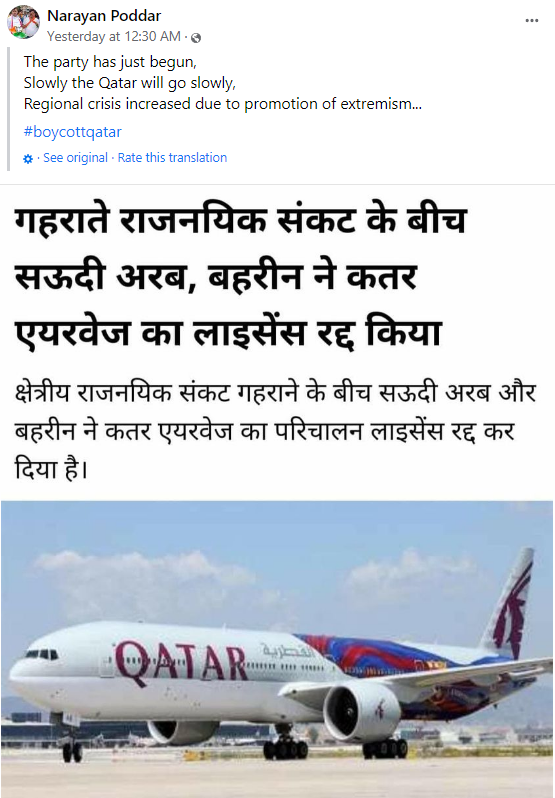 A relevant keyword search on Google directed us to the exact news report published by India TV on June 7, 2017. 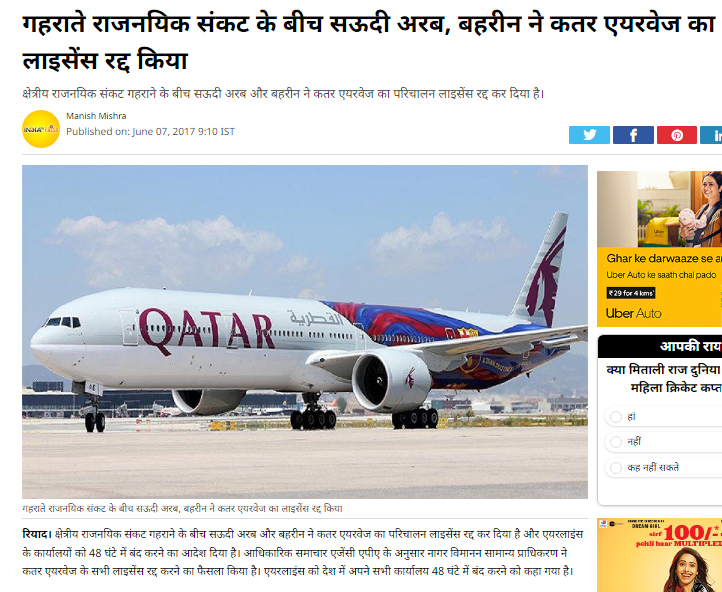 According to the news published in arabnews on June 6, 2017, Saudi Arabia and Bahrain cancelled the licences of Qatar Airways. Saudi Arabia’s General Authority of Civil Aviation (GACA) said in a statement that any licence granted to Qatar Airways employees would be withdrawn. Hours later, Bahrain also announced the ban on Qatar Airways. On June 6, 2017, Gulf Times reported the same incident. Thus, it is evident that the news is about five years old. 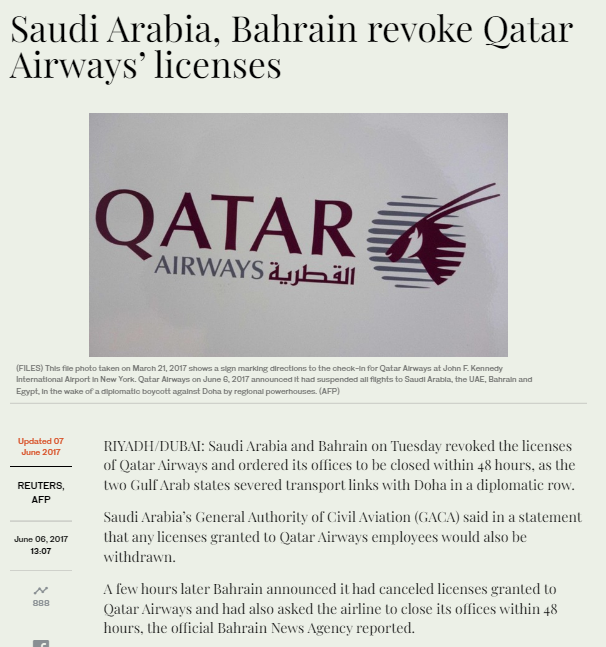 Searching further, we found that on January 10, 2021, arabianbusiness reported that Qatar Airways announced that it would resume flights to Saudi Arabia from January 11, after the signing of the peace deal. This has ended the rift between Doha, Kingdom, UAE, Bahrain and Egypt.

#QatarAirways flights will start with a daily service to Riyadh, four flights a week to Jeddah and daily flights to Dammam. pic.twitter.com/WRSz90zwVu

A news published in The Economic Times on January 11, 2021, reported that the Qatar Airways jetliner landed on Saudi Arabian soil after the 2017 ban. 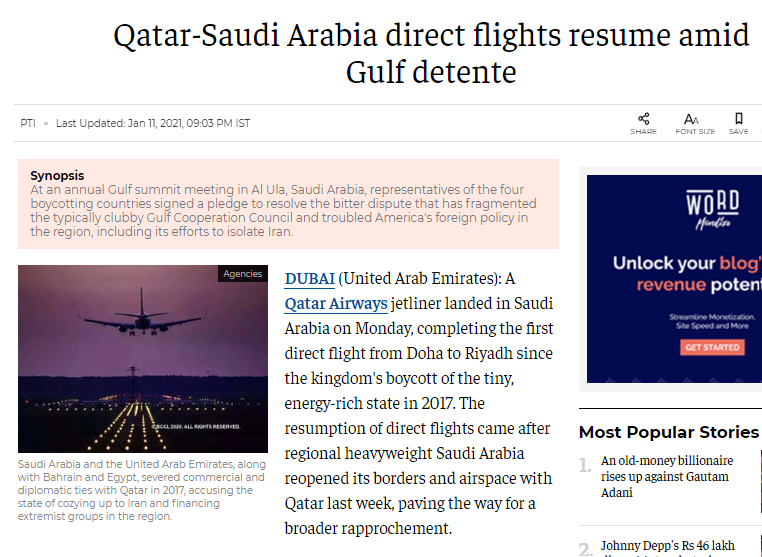 Thus, it is evident from the above information that five-year-old news of Saudi Arabia and Bahrain cancelling Qatar Airways is being falsely linked to the recent Prophet remarks controversy. Therefore, the viral claim is misleading.